President Donald Trump said Monday that a coronavirus stimulus package will happen after the November 3 elections, heavily criticizing Speaker of the House Nancy Pelosi for not agreeing with the White House’s proposal.

While departing the White House for three different rallies, Trump told reporters that the White House and Congress will pass a large coronavirus package after the November 3 elections and slammed Pelosi for wanting to bail out Democrat-run cities.

“Nancy Pelosi is only interested in bailing out badly-run, crime-ridden Democrat cities and states. That’s all she is interested in,” Trump said. “She is not interested in helping the people. After the election, we will get the best stimulus package you have ever seen,” Trump said. “I think we are going to take back the House because of her.”

“After the election, we’ll get the best stimulus package you’ve ever seen,” Trump continued. 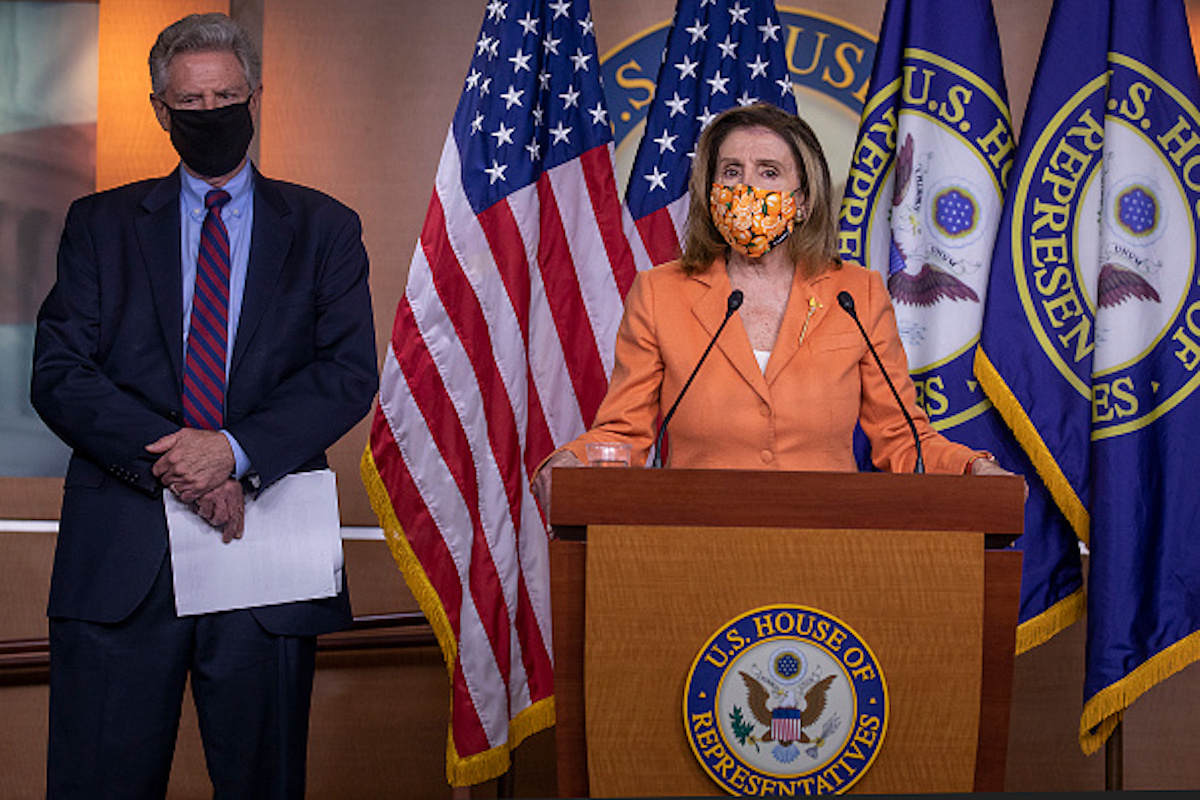 Democrats in the Senate voted to block the passage of a coronavirus stimulus package Oct. 21 after months of stalled negotiations between the two parties. The White House has offered a $1.8 trillion bill, but Democrats want more money. (RELATED: ‘Rebounding From A Terrible Mistake’: Pelosi Weighs In On Trump Reopening Stimulus Negotiations)

The $500 billion bill would have included a federal unemployment benefit, Paycheck Protection Program (PPP) funding and additional money for more coronavirus testing. If the bill was passed, money would have been directed to schools. Every Democrat voted against the stimulus bill, citing the need more a larger package. (RELATED: Senate Democrats Block Republican’s COVID-19 Relief Bill)

In early October, Trump reversed his decision to cancel negotiations with Pelosi after ordering his representatives to postpone the coronavirus stimulus negotiations until after the election.