Costco pulled the popular Chaokoh coconut milk made in Thailand off the shelves after allegations surfaced that the company uses forced monkey labor.

The People for the Ethical Treatment of Animals (PETA) put out the findings of an investigation that found Monkeys in Thailand are kept chained, abusively trained and forced to climb trees to pick coconuts that are used to make milk and other products.

Some monkeys used in the Thai coconut business are allegedly “illegally abducted from their families and homes when they’re just babies.” Monkeys are fitted with metal collars and kept chained, reportedly not allowed to socialize with others. Monkeys are then responsible for “twisting heavy coconuts” until they fall off, all while chained to metal collars, per PETA. 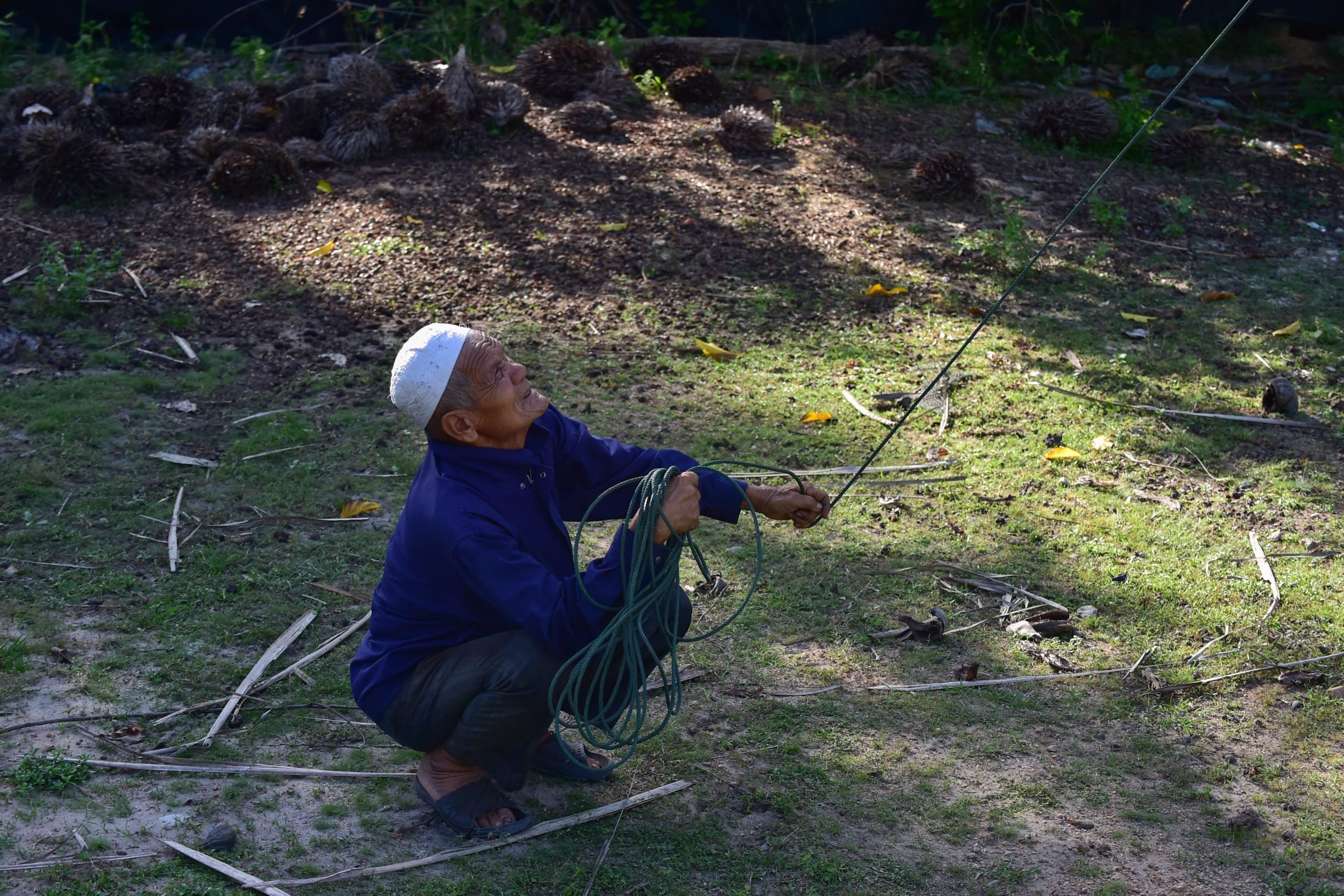 This photo taken on July 9, 2020 shows a man holding onto a rope connected to a macaque monkey working to dislodge coconuts at the top of a palm tree in Berapea village near Narathiwat in southern Thailand. – Animal rights campaigner PETA released videos in early July of monkey “slaves” picking coconuts in Thailand, which has led several British retailers to ban the products. Thai coconut farmers have denied mistreating the macaques. (Photo by Madaree TOHLALA / AFP) (Photo by MADAREE TOHLALA/AFP via Getty Images)

“No kind shopper wants monkeys to be chained up and treated like coconut-picking machines,” PETA President Ingrid Newkirk said, according to Fox Business. “Costco made the right call to reject animal exploitation.”

Costco said “until Chaokoh stops using chained monkeys as coconut-picking machines” they will no longer purchase the milk, per the same report. (RELATED: Appeals Court Rules Against Monkey In Copyright Case)

However, Theppadungporn Coconut Co., Ltd. (TCC), the manufacturer and distributor of Chaokoh, dismissed similar allegations four months ago, according to Fox.

“It is not only our duty, but our integrity to take care of nature, human and wildlife, as a whole,” Aphisak Theppadungporn, a managing director of the manufacturer said, per Fox. “We have a clear-cut policy on this issue to ensure that our business will not tolerate any sign of animal and wildlife labor or abuse.”

The company told USA Today that they “do not engage the use of monkey labour in our coconut plantations.”