The suit argues the order violates free speech rights and prevents workplace’s from addressing issues of systemic racism and sex discrimination, according to the Associated Press (AP).

The groups claim the order “unconstitutionally forces Plaintiffs to choose between censoring speech on these important issues or forfeiting any opportunity to enter into a federal contract for the provision of goods or services or to receive federal funds as a grant recipient.”

Both the National Urban League and the National Fair Housing Alliance have federal contracts and plan to apply for them in the future. 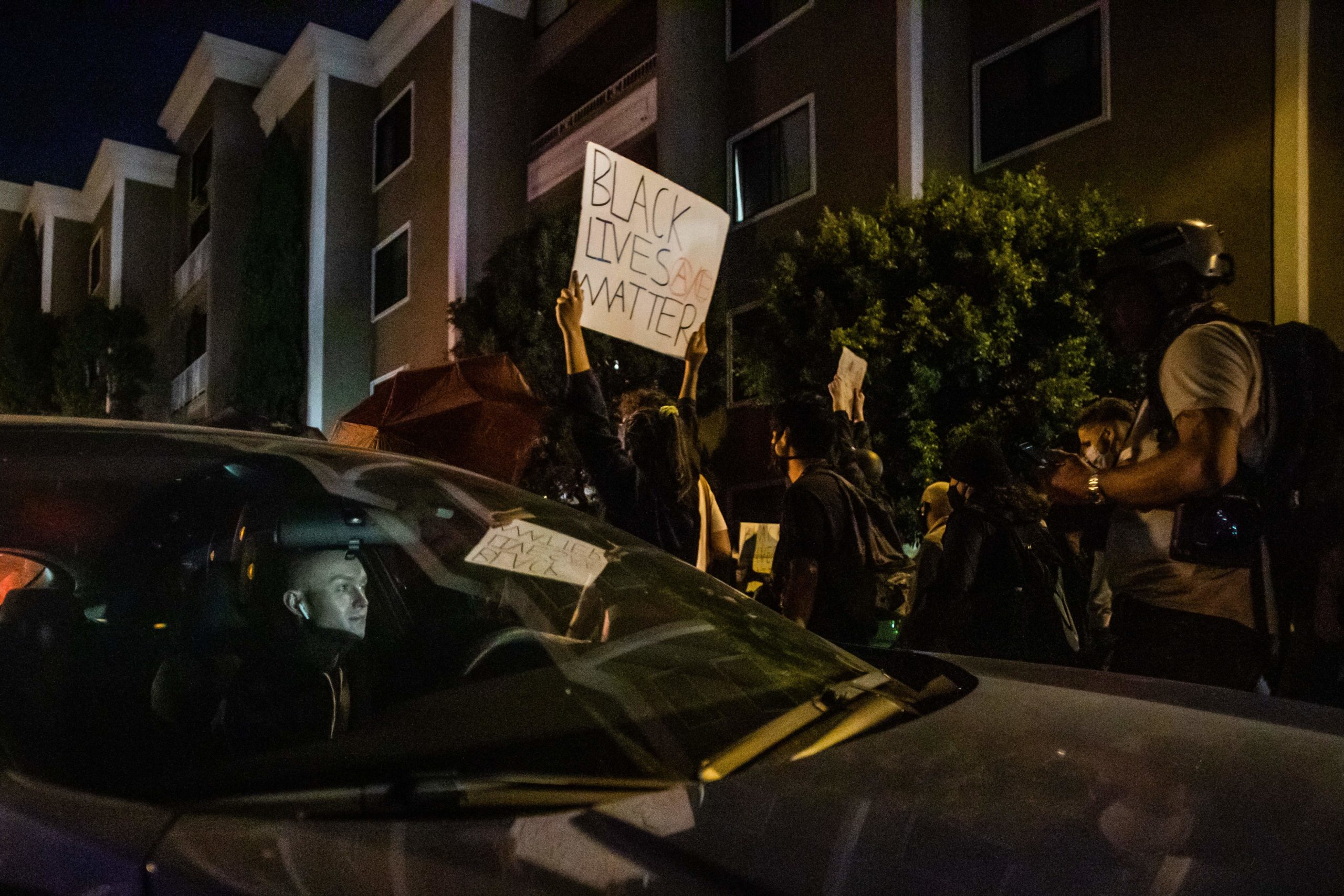 A driver stuck in the protest watches demonstrators passing by his car as they manifest their discontent over the lack of criminal charges in the police killing of Breonna Taylor in West Hollywood, California on September 25, 2020. (Photo by APU GOMES/AFP via Getty Images)

The suit comes after the Department of Labor issued warnings to companies like Microsoft and Wells Fargo in September that warned against using “discriminatory practices” to meet their diversity goals. Trump also ordered the department to set up a hotline to investigate complaints about anti-racism sessions that are “blame-focused.”

“It has come to the President’s attention that Executive Branch agencies have spent millions of taxpayer dollars to date “training” government workers to believe divisive, anti-American propaganda,” a September memo from the Director of Office of Management and Budget Russell Vought said, noting some employees were apparently required to attend trainings where they were told “virtually all White people contribute to racism,” or that they were required to say they have benefited from racism.

“These types of ‘trainings’ not only run counter to the fundamental beliefs for which our Nation has stood since its inception, but they also engender division and resentment within the Federal workforce,” the memo read. (RELATED: EPA Postpones ‘Structural Racism And Environmental Justice’ Training Due To Trump’s Order On Critical Race Theory In Federal Agencies)

The University of Iowa and Justice Department have both suspended their diversity and inclusion training out of fear of losing federal funds, per the AP.

The Daily Caller has reached out to the NAACP but did not hear back at the time of publication.