Agents from the Department of Homeland Security (DHS) have been told to prepare to deploy to Washington, D.C. to assist local law enforcement in quelling potential unrest after Election Day, NBC News reported.

DHS officials from Customs and Border Protection (CBP) and Immigrations and Customs Enforcement (ICE) were told to prepare to protect federal property if there is unrest on or around Election Day, two DHS officials told NBC News. The officials said that preparing the agents comes in response to nationwide protests and riots, many of which have resulted in attacks on federal property.

In June, President Donald Trump created the “Protecting American Communities Task Force” in response to the “anarchists and left-wing extremists” who were targeting federal monuments and property. The Task Force includes officials from ICE, CBP, and the Federal Protective Service, according to the report. 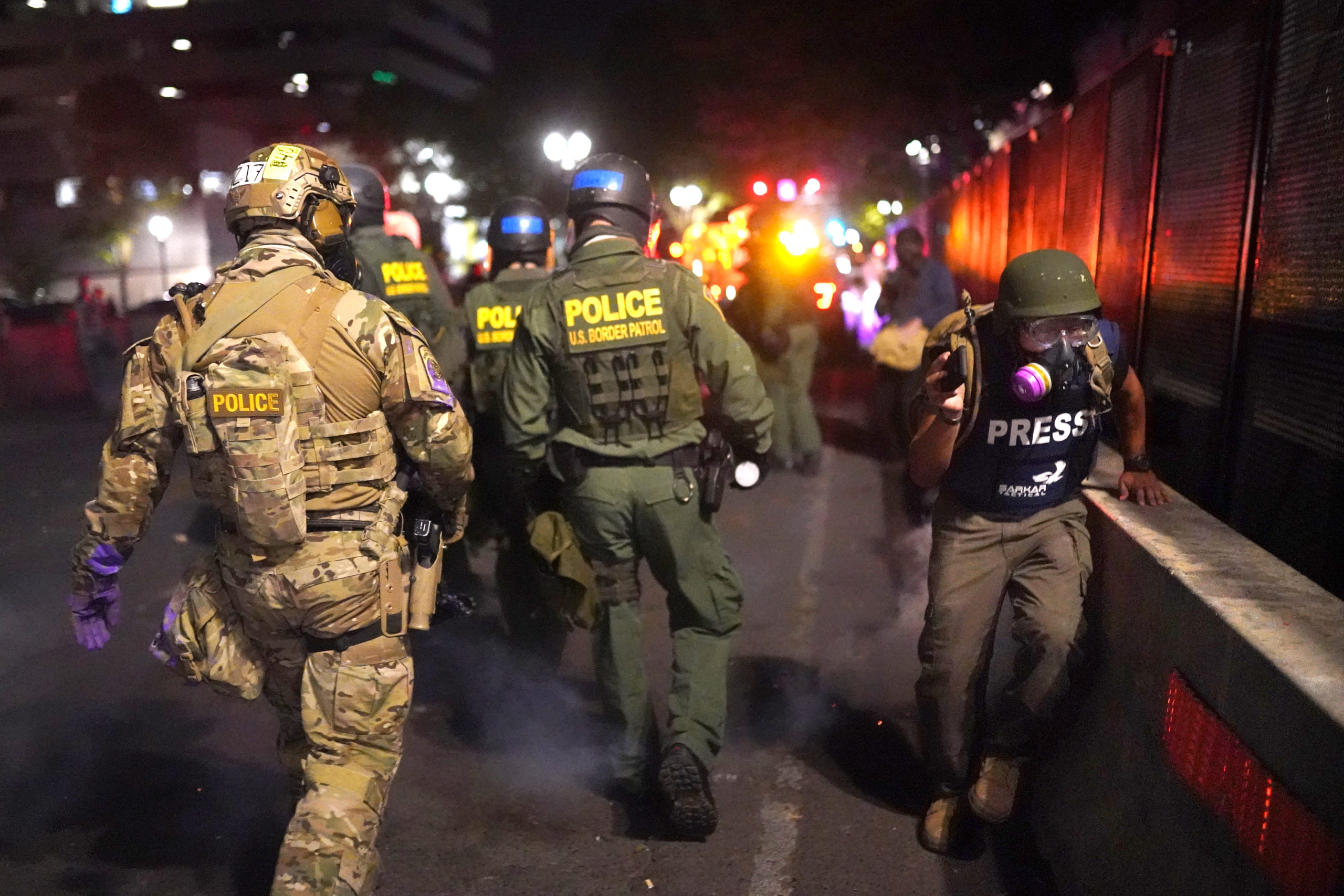 A journalist runs past federal officers after he was caught behind a police line during a protest against racial injustice and police brutality in front of the Mark O. Hatfield U.S. Courthouse in the early hours of July 30, 2020 in Portland, Oregon. Protests against the federal presence in Portland continued Wednesday following an announcement by Governor Kate Brown that federal officers would begin a phased withdrawal from the city. (Photo by Nathan Howard/Getty Images)

Over the summer, Trump sent federal agents from the Task Force to Portland to help quell rioting that had erupted there. Democrats criticized the move, arguing that the agents exacerbated tensions and made the problem worse, while proponents of the move argued that it was necessary to help local law enforcement.

“As a law enforcement component under the DHS Protecting American Communities Task Force (PACT), CBP will continue to provide support, as requested, to the Federal Protective Service to protect Federal facilities and property if needed and to local law enforcement partners if requested,” a CBP spokesperson told NBC when asked about the plans to secure D.C.

An ICE official confirmed to NBC News that agents were ready to deploy to D.C. to protect federal buildings and work with local police.