Presidential candidate Joe Biden said Friday that a story linking him with son Hunter Biden’s business dealings in Ukraine is “all a smear” from Russia and that “serious” investigators have dismissed it.

“There’s nothing to any of that … it’s all a smear,” Biden told ABC affiliate KCRG-TV in Cedar Rapids, Iowa during a news conference.

“Every major outfit, every serious investigator has pointed out that this is a smear,” Biden contended. “This is classic [President Donald] Trump.” (RELATED: Biden Campaign Responds To New York Post Report, Says Alleged Meeting With Burisma Executive Never Took Place)

Biden was speaking of a laptop and its emails that allegedly confirm Joe Biden met with a top executive of the Ukrainian natural gas company Burisma Holdings. While the Biden campaign has denied that any meeting officially took place, Hunter Biden has not denied leaving his laptop with the computer repair shop.

On Thursday a cybersecurity expert confirmed to the Daily Caller News Foundation that an April 2015 email found on the laptop’s metadata that discussed his father’s introduction to a Burisma official was authentic.

But Biden questioned the timing of the report, coming so soon before the Nov. 3 presidential Election Day. “All of a sudden there’s a laptop. And you may recall there’s also talk about four months before there was a similar thing that somebody had, allegedly.”

Biden then falsely claimed, “There’s overwhelming evidence from the intelligence community that the Russians are engaged.”

Director of National Intelligence John Ratcliffe has said that there is no evidence whatsoever that the Russians are behind the Hunter Biden laptop story.

“Look, my son’s an honorable man,” Biden said, insisting that during Trump’s impeachment hearings, “everyone of the major people who worked for Trump … went under oath, and under oath said, ‘[Joe] Biden did his job; no law was broken.’”

The former vice president was speaking in reference to his work in Ukraine when he was then-President Barack Obama’s point man for the fledgling democracy. (RELATED: Hunter Biden Emails Could Be ‘Absolutely Verified’ If Rudy Giuliani Released The Metadata, Expert Says) 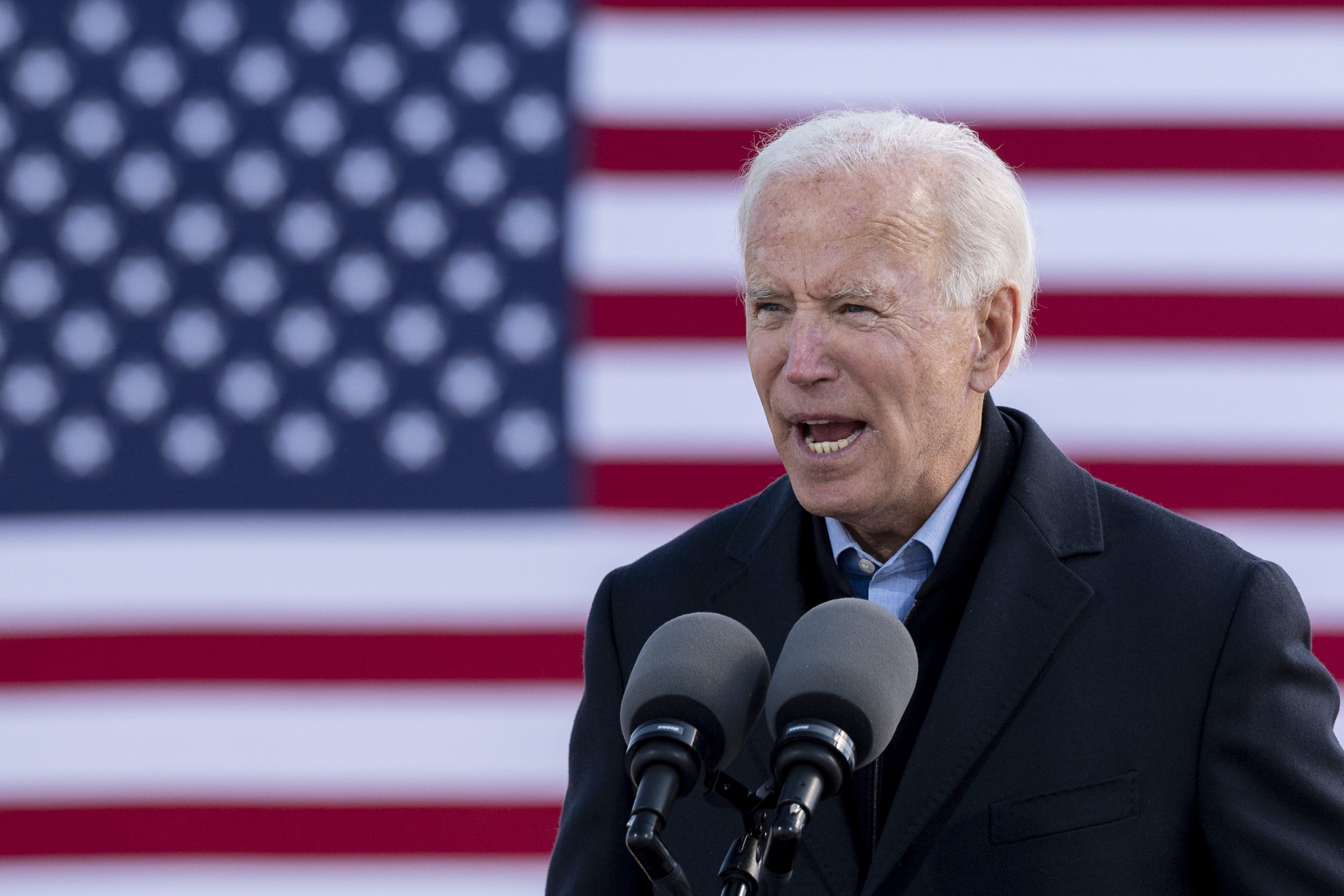 Biden then insisted the email affair was just a symptom of modern politics.

“Look, politics has become too crass, too dirty, too ugly and the perpetrator of an awful lot of this has been — he didn’t start it all but he has taken it to a new level — this president.”