With three days until Election Day, President Donald Trump and Democratic nominee Joe Biden are campaigning in Pennsylvania and Michigan, two states that were crucial to the election four years ago.

Trump will hold two rallies in Pennsylvania on Saturday, one in Reading and one in Butler. Biden currently leads in the state by 5.1 points and some forecasts predict will be the tipping point state in deciding the election’s winner,

Biden will campaign in Michigan on Saturday alongside former President Barack Obama, marking the first time the two have campaigned together this cycle. He will hold events in Flint and Detroit.

After campaigning across Georgia on Tuesday alongside the state’s two Democratic senatorial candidates, Biden remained in his home state of Delaware on Wednesday and campaigned across Florida on Thursday. He held events in Iowa, Minnesota and Wisconsin Friday.

Biden leads in Minnesota and Iowa by 8.9 and 0.1 points, respectively, according to FiveThirtyEight. In Wisconsin, a third Rust Belt state that helped seal Trump’s win over Hillary Clinton in 2016, Biden leads by 8.6 points. (RELATED: Biden Holds Widening Lead Over Trump In The Rust Belt)

Trump held rallies in Michigan, Wisconsin and Nebraska on Tuesday, and in Arizona on Wednesday. On Thursday, he campaigned in Florida and was slated to hold a rally in Fayetteville, North Carolina, but it was rescheduled for Monday due to inclement weather.

The president returned to Michigan on Friday before also holding rallies in Green Bay, Wisconsin, and Rochester, Minnesota. 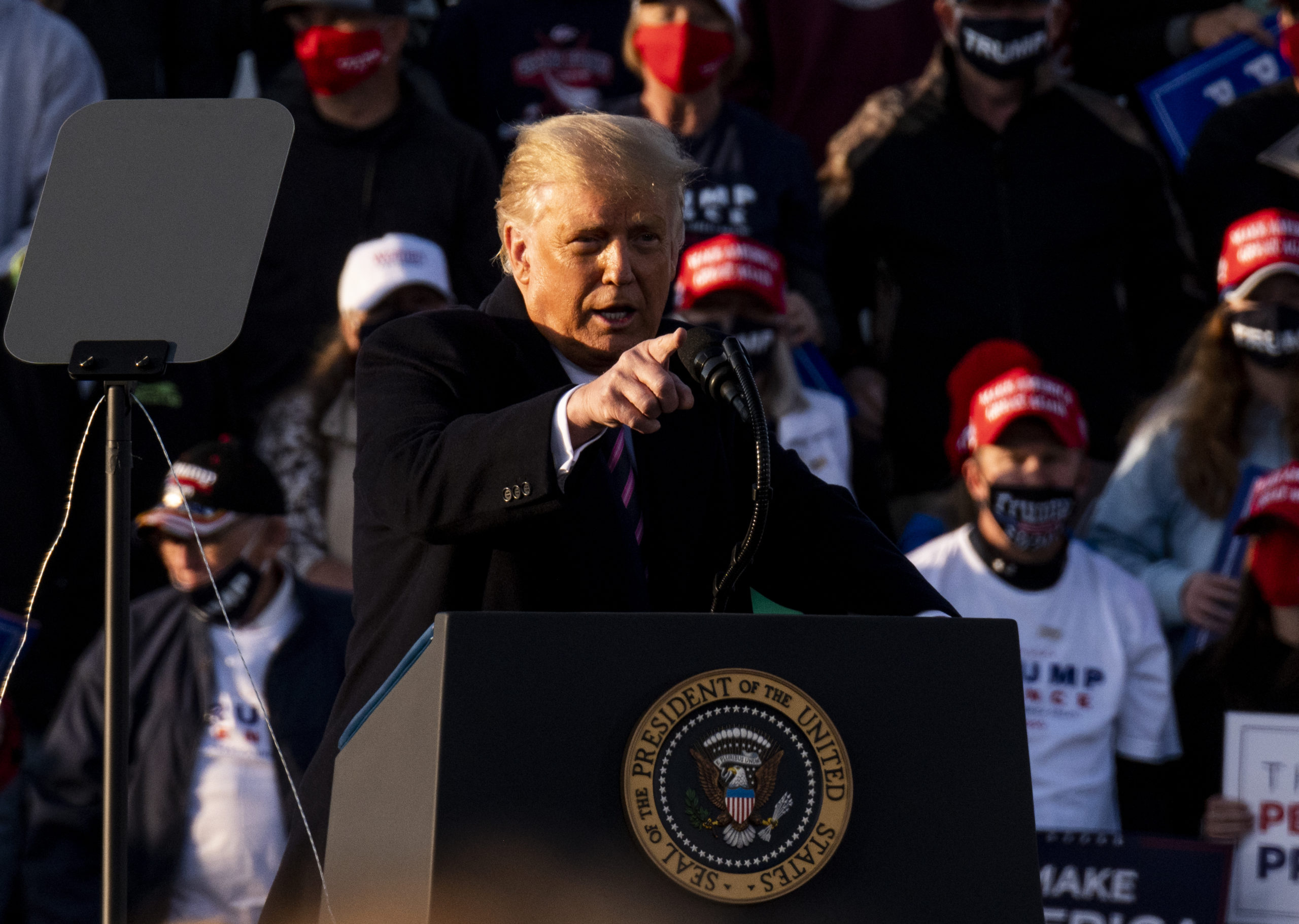 President Donald Trump speaks to supporters during a rally at the Bemidji Regional Airport on September 18, 202. (Stephen Maturen/Getty Images)