Two days out, President Donald Trump and Democratic nominee Joe Biden are campaigning in competitive states across the country in one final push before Election Day.

Trump held two rallies in Pennsylvania on Saturday in Reading and Butler, while Biden spent the day campaigning with former President Barack Obama in Detroit and Flint, Michigan.

Biden leads in Pennsylvania, which some forecasts predict will be the tipping point state, and Michigan by 4.9 and 8.4 points, respectively. Trump won both states by less than one point in 2016.

Trump is set to hold five rallies in five states Sunday, beginning the day in Michigan before traveling to Iowa, North Carolina, Georgia and Florida.

This past week, Trump held rallies in Michigan, Wisconsin and Nebraska, Arizona, Florida and Minnesota. Though he was slated to hold a rally in Fayetteville, North Carolina, Thursday, it was canceled and rescheduled for Monday due to inclement weather.

Biden will travel to Pennsylvania Sunday, where he will deliver remarks in Philadelphia, while vice presidential nominee Kamala Harris will campaign in Georgia and North Carolina.

Biden campaigned across Georgia on Tuesday alongside the state’s two Democratic senatorial candidates, remained in his home state of Delaware on Wednesday and campaigned across Florida on Thursday. He held events in Iowa, Minnesota and Wisconsin on Friday. 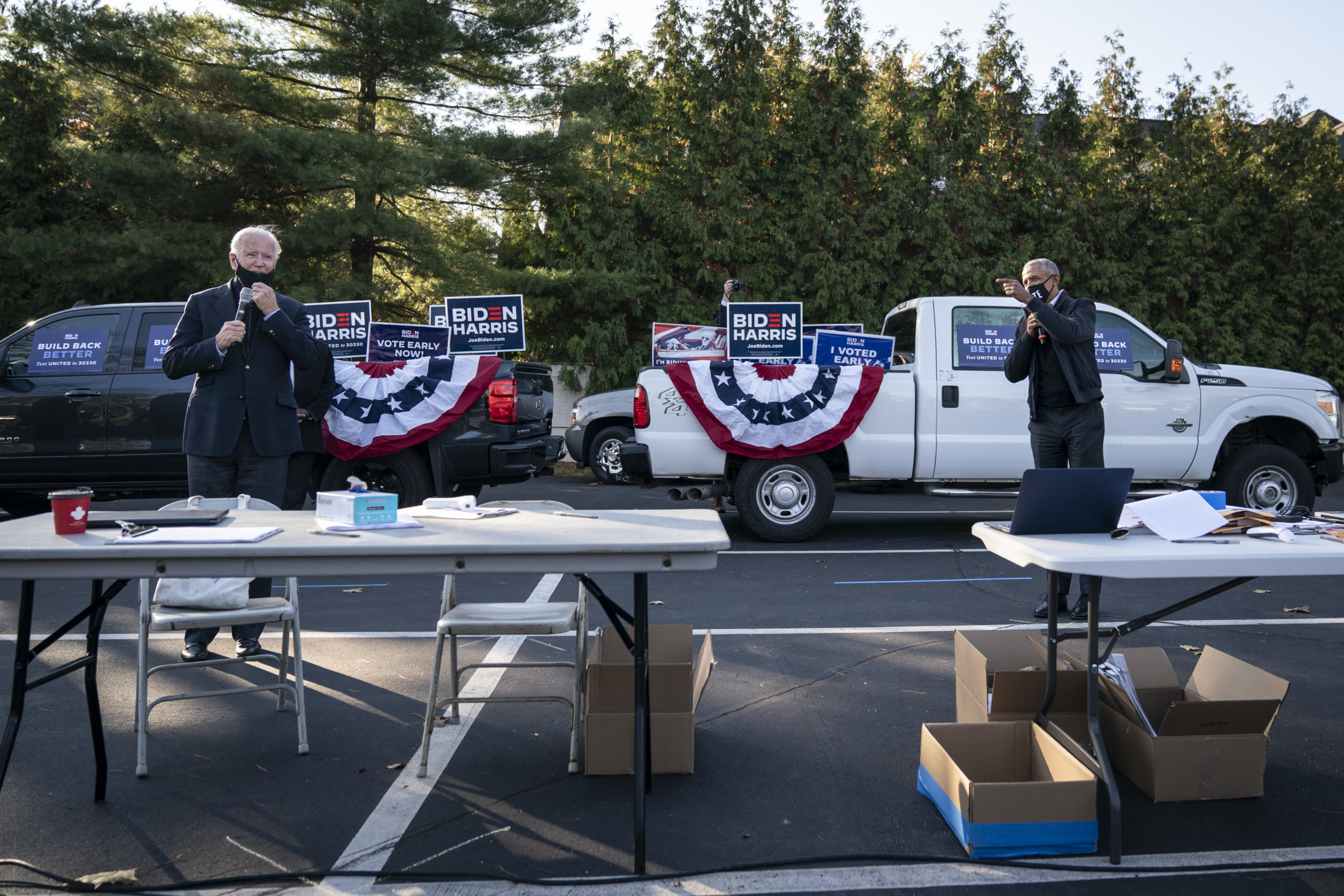 Biden leads in Minnesota, a state which Clinton won four years ago by 8.9 points, according to FiveThirtyEight.