The protesters who have demonstrated against China’s tightening grip on Hong Kong believe that if Democratic presidential candidate Joe Biden wins Tuesday’s election, the U.S. stance on China would be weak, according to the South China Morning Post (SCMP). As vice president, Biden lead former President Barack Obama’s China policy, according to The Atlantic. 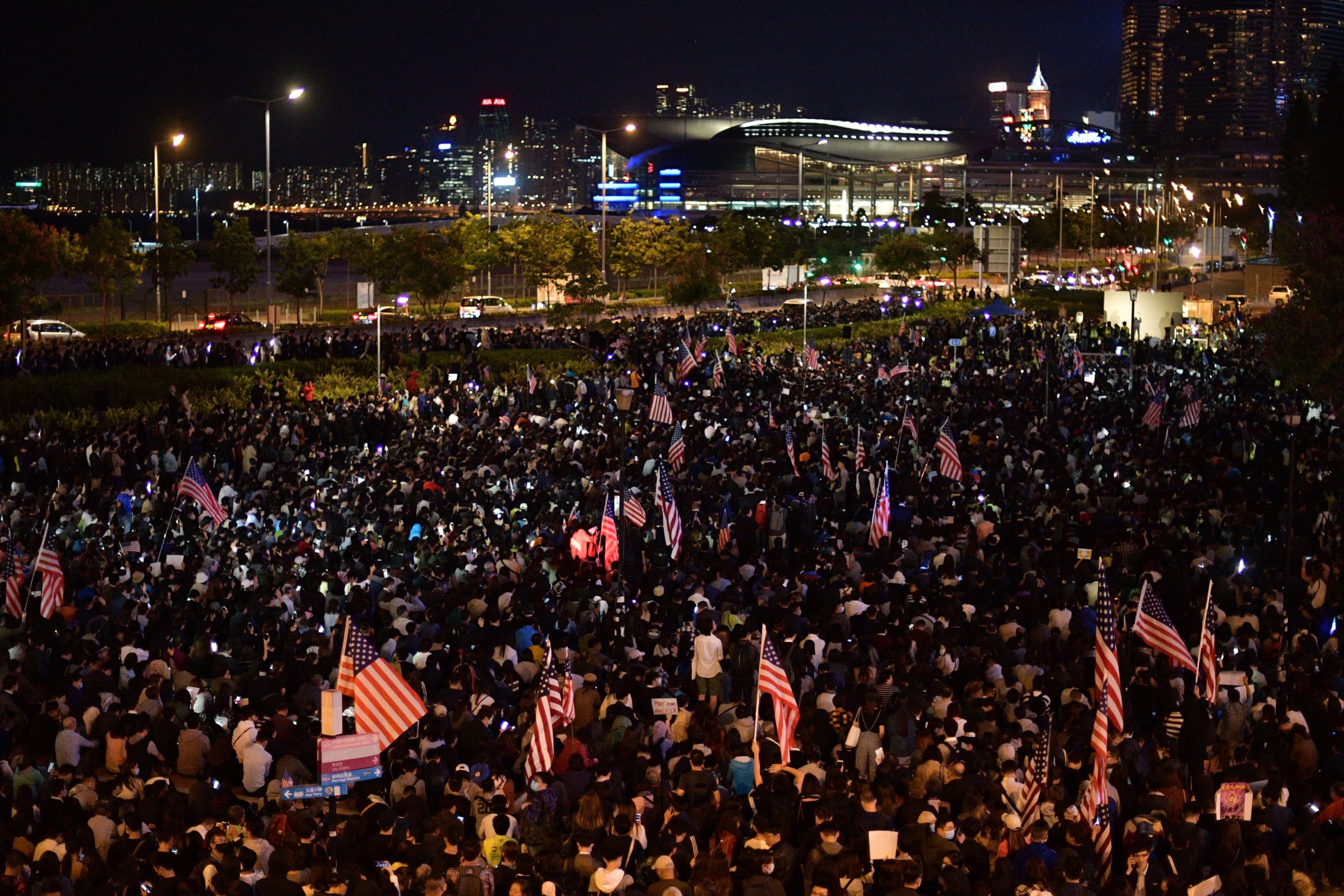 People assemble for a gathering of thanks at Edinburgh Place in Hong Kong’s Central district on Nov. 28, 2019, after U.S. President Donald Trump signed legislation requiring an annual review of freedoms in Hong Kong. (Nicolas Asfouri/AFP via Getty Images)

However, some Hong Kong experts said what matters most is that the U.S. adopts a bipartisan approach to China, according to SCMP.

“Relying on one politician and political party will not be beneficial,” Hong Kong Democracy Council founder Samuel Chu told SCMP. “Trump only started to openly blame China more when it became necessary for electioneering.”

Secretary of State Mike Pompeo declared that Hong Kong was no longer autonomous from China in May after a fresh wave of protests.

In November 2019, Trump said he “saved Hong Kong,” according to Bloomberg. He added that his administration’s stance on Hong Kong has prevented China President Xi Jinping from instituting a more violent crackdown and spared thousands of lives.

“The brave people of Hong Kong deserve the full support of the United States as they demand the civil liberties and autonomy promised to them. Violent suppression is unacceptable. The world is watching,” Biden tweeted in October 2019.

The Trump administration has taken a consistently strong stance against China, according to the Council on Foreign Relations (CFR). Trump has confronted china on “intellectual property theft, currency manipulation, export subsidies and economic espionage,” CFR reported.

Trump has also led the U.S. into an ongoing trade war with China, according to CFR. During his presidency, he has increased tariffs on Chinese goods multiple times, CNBC reported.