Not only is the Republican held White House, occupied by incumbent President Donald Trump, up for grabs on Election Day, but so too is the Senate, where Republicans have a three seat advantage.

As it stands now, nine senate races are considered tossups by RealClearPolitics—seven of them are held by Republicans.

One Republican seat is currently identified as “Leans Dem” by RealClearPolitics. That seat is currently held by Colorado Senator Cory Gardner, who is running against former Governor of Colorado John Hickenlooper, who also briefly ran for president this election cycle.

Gardner was elected to the senate in 2014’s red wave, where Republicans gained control of the Senate after winning nine new senate seats — the most of any party in a single election since 1980. However, the polls tracked by 538 for this seat over the course of October have Hickenlooper up by anywhere between eight and 14 points.

However, the Democrats have a seat of their own that is likely to fall into Republican hands, per RealClearPolitics. Democratic Alabama Senator Doug Jones won a special election in 2017 against Judge Roy Moore after allegations of sexual assault emerged. 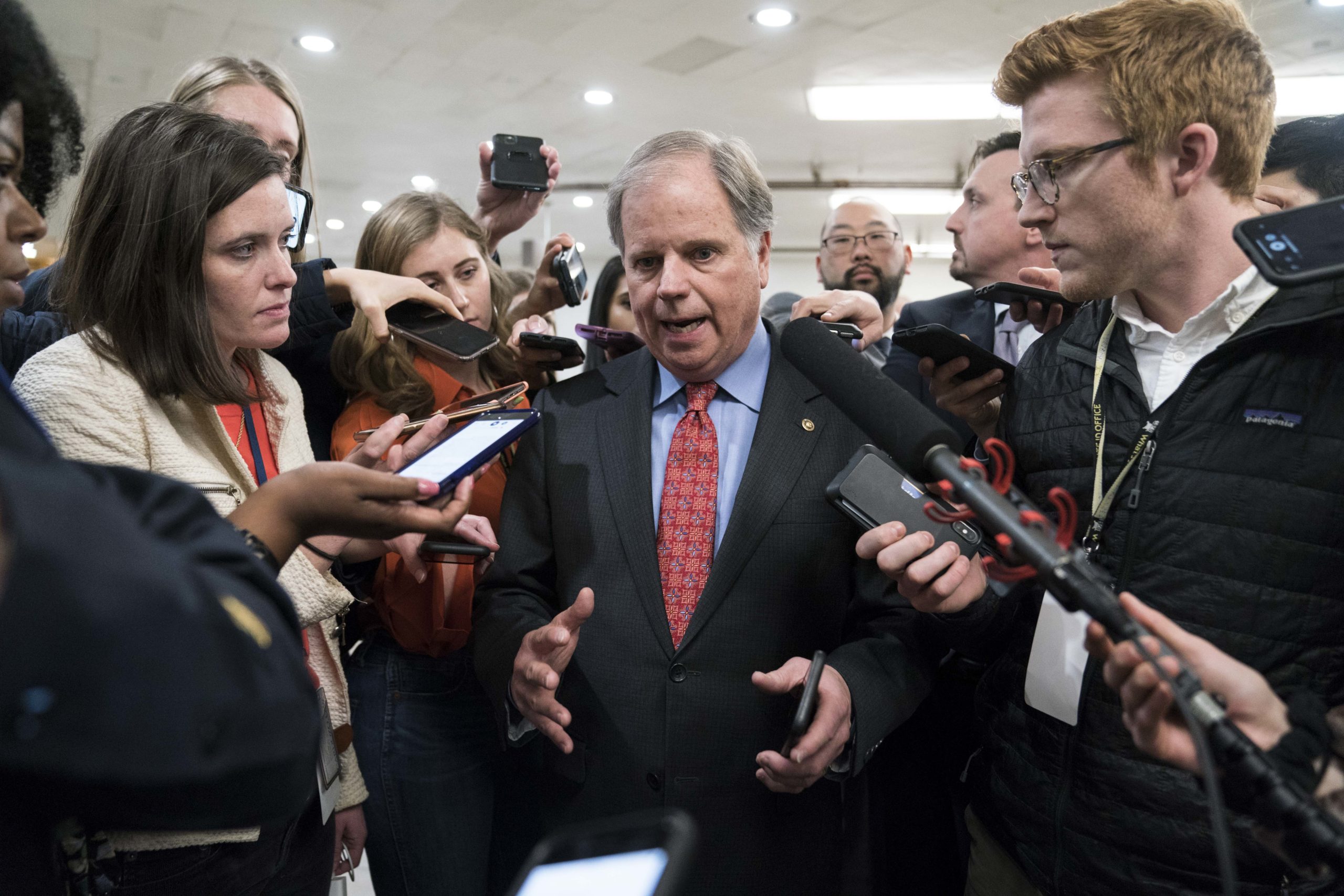 Jones’ seat was previously held by former Attorney General Jeff Sessions before receiving his appointment in the Trump administration and Republican Senator Luther Strange, who lost in the primary runoff to Moore after less than a year in the Senate.

Now, Jones faces Republican senate candidate Tommy Tuberville and the seat is expected to flip red. In the last ten days of the election cycle, polls tracked by 538 have Tuberville up between nine and 14 points. 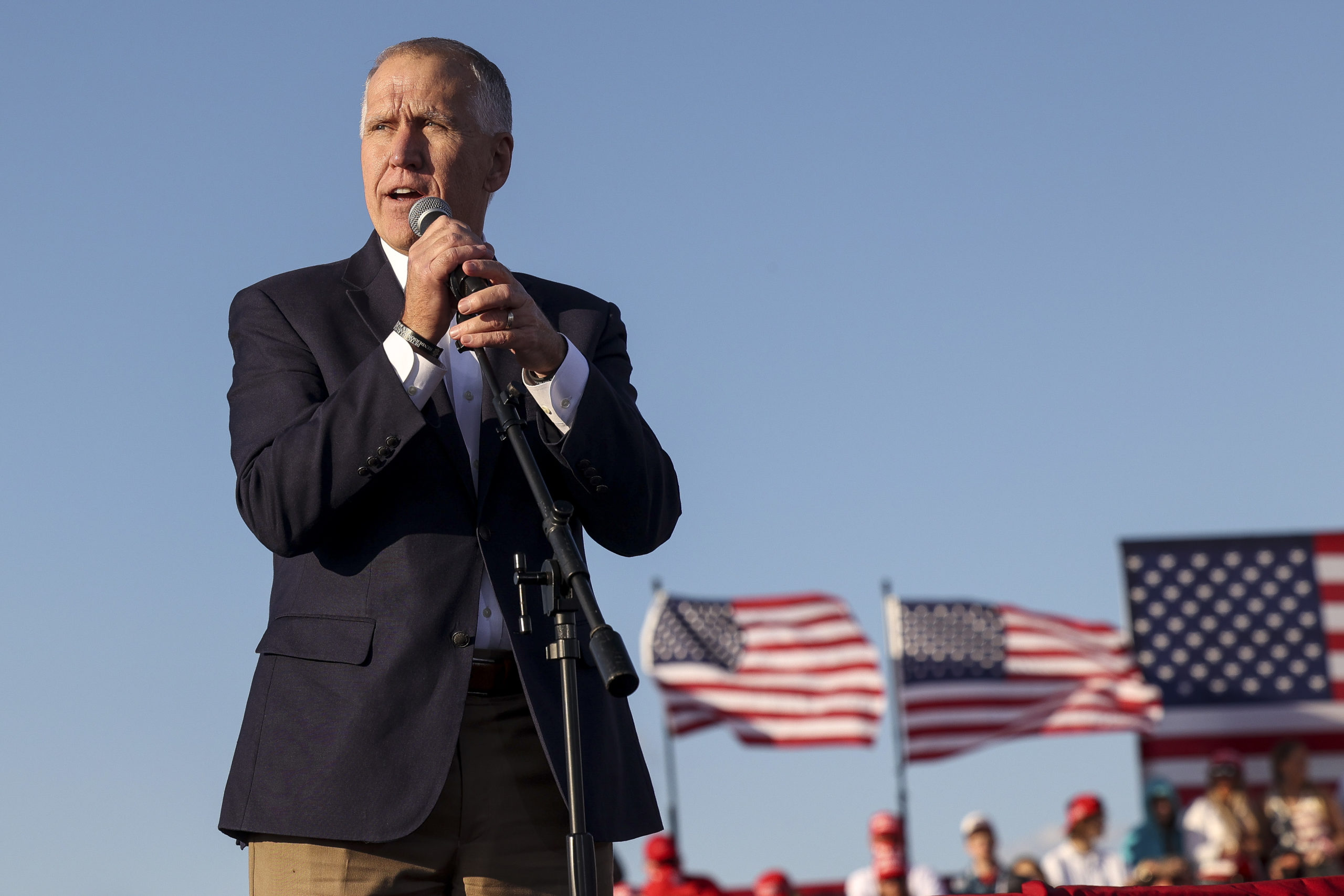 However, in a recent Washington Post/ABC News poll only 26% of voters said Cunningham’s sexual impropriety was extremely or very important.

The RealClearPolitics poll average shows Cunningham still holding a 2.5% lead in the race. However, polls considered Republican-friendly have Tillis defending his seat in some cases. An Oct. 26 Trafalgar poll says Tillis has a 1.8% lead. 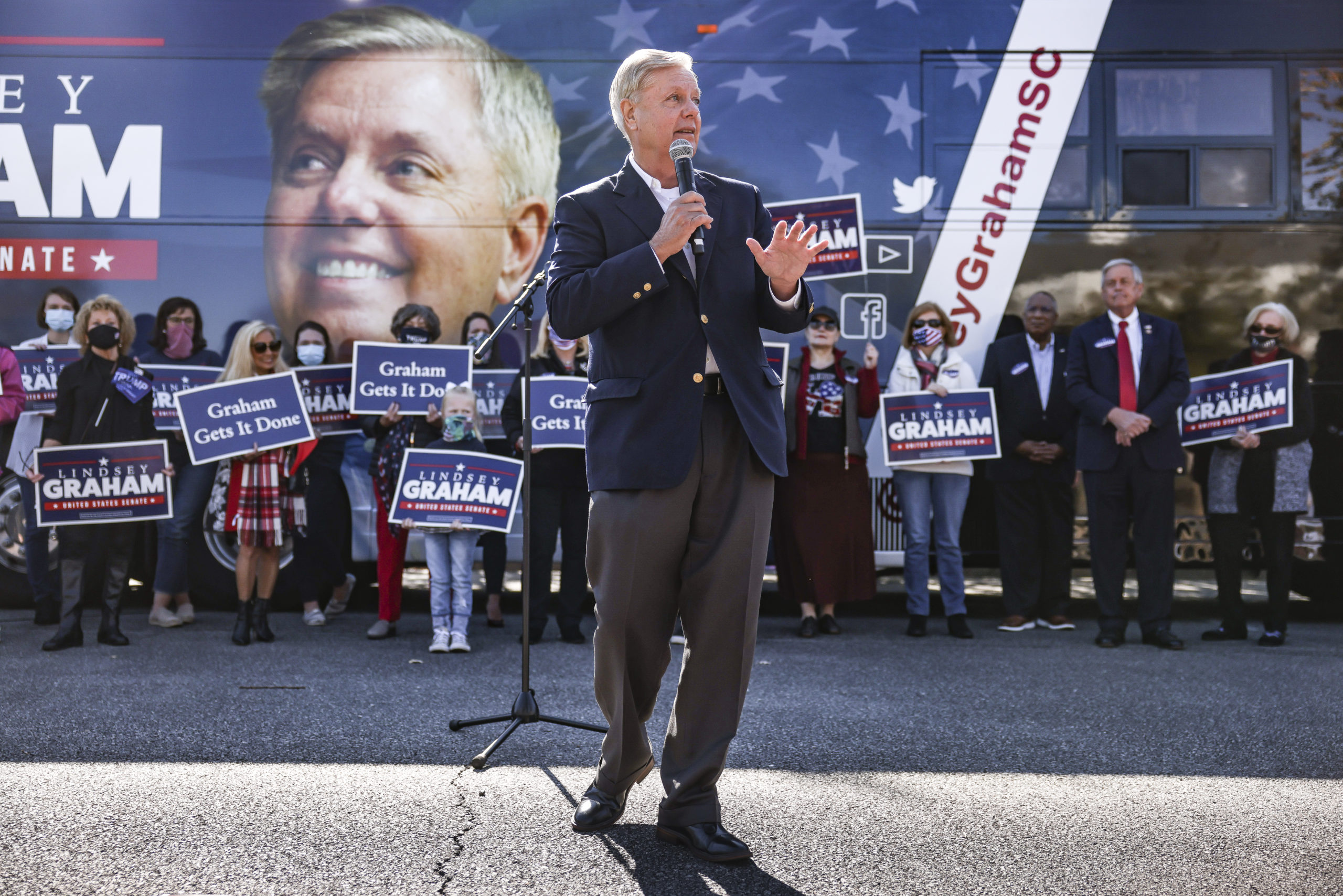 Democrats have poured money into the race to unseat Graham. In the third quarter of 2020, Harrison’s campaign raised $57 million, shattering the $38.1 million record set by Beto O’Rourke in 2018 when O’Rourke took on Republican Senator Ted Cruz.

Trump won South Carolina by over 14% in 2016, but this senate race remains hotly contested. The Cook Political Report has moved Graham’s seat from “Likely R” to “Toss Up” since August.

The polls tracked by 538 in the past week show Graham up by two points.

Moving further south, both of Georgia’s senate seats are up for grabs.

One seat, held by Republican Senator Kelly Loeffler, who was appointed to the seat early in 2020 after Republican Senator Johnny Isakson stepped down due to health reasons, is identified as “Leans GOP” by RealClearPolitics. Loeffler’s election is a special election where she faces off against Democratic candidate and pastor Raphael Warnock and Republican Congressman Doug Collins. If no candidate captures a majority of votes, the top two vote getters will have a runoff in January. 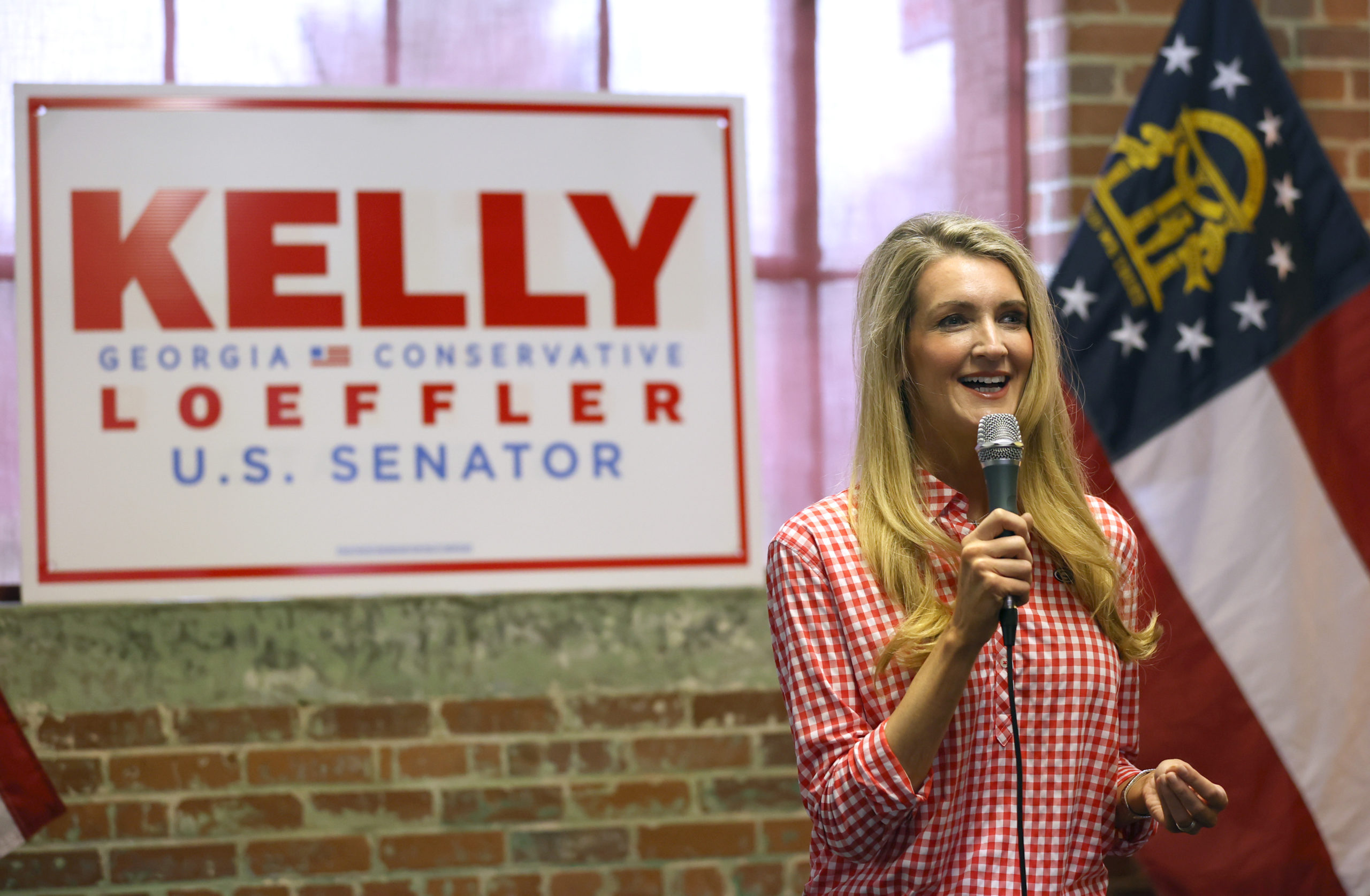 The seat is expected to stay red, but the spread between Loeffler and Collins remains small, according to 538. Whoever emerges as the Republican candidate, absent the unlikely scenario Warnock captures a majority of the vote on Nov. 3, is expected to take the seat.

Georgia Senator David Perdue, who was a member of the historic 2014 class of Republican senators, is in a tight race against Democratic senate candidate Jon Ossoff. Ossoff lost a special election bid for Georgia’s sixth congressional district to Republican Karen Handel in 2017. The RealClearPolitics average shows Ossoff currently up by one point, despite Perdue having an advantage in the polls until late October.

In Maine, Republican Senator Susan Collins, who has held her seat since 1997, is polling tightly with Democratic candidate Sara Gideon. Every poll tracked by RealClearPolitics since September has Gideon leading by a range of one to 12 points, despite Collins winning her seat handily in previous elections.

Kelly is a former astronaut and husband of former Arizona Congresswoman Gabby Giffords, who was nearly killed in an shooting in 2012. 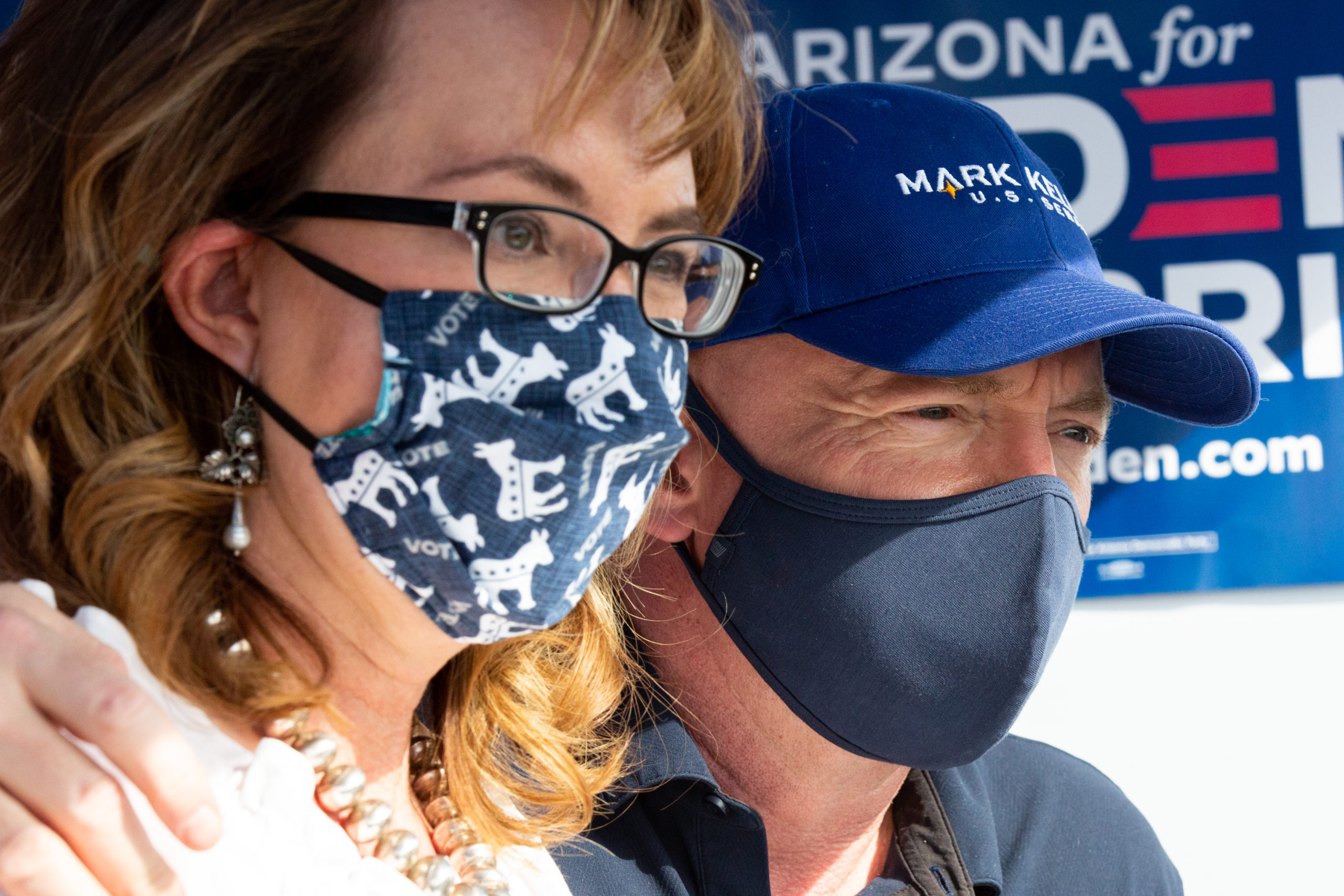 Kelly currently has a 5.8% lead in the race, according to RealClearPolitics’ polling average.

Republican seats aren’t the only senate races identified as tossups.

In Michigan, Democratic Senator Gary Peters is polling in front of Republican senate candidate John James by 5.5%, per RealClearPolitics’ average. However, a recent Trafalgar poll has James leading by 1.4%.

If polling holds in these key senate races, Democrats will have picked up four seats and flipped the Senate.