A train that was veering off of the tracks was saved Monday by the tail of a whale statue in Rotterdam, the Netherlands. 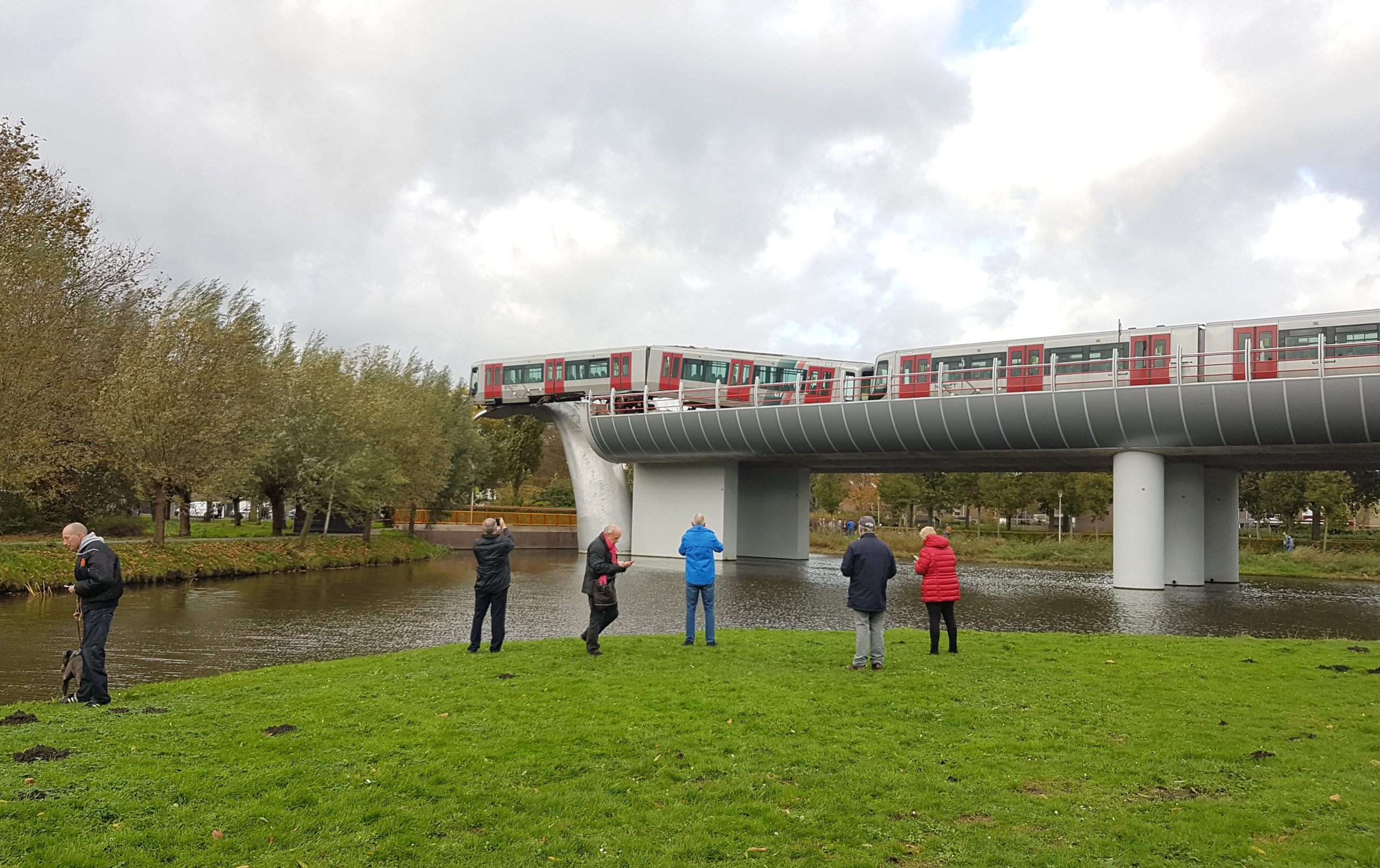 This picture taken on November 2, 2020 shows a metro train that shot through a stop block at De Akkers metro station, without making any casualty, at Spijkenisse, near the port city of Rotterdam. (Photo by SARA MAGNIETTE/ANP/AFP via Getty Images) 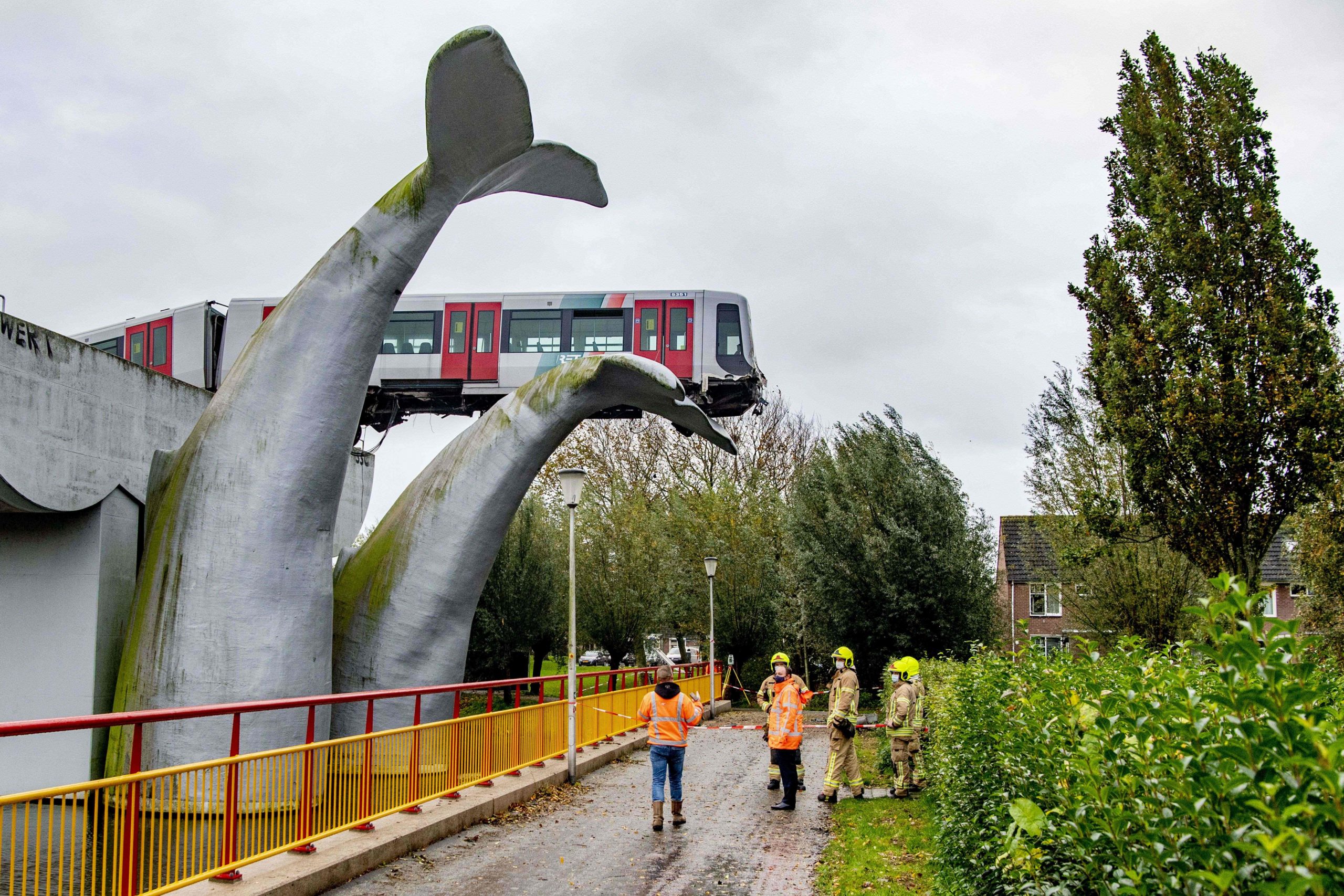 The accident happened at the De Akkers metro station in Spijkenisse, where the train reportedly was unable to stop and veered off of the track just after midnight, according to The Washington Post.

Instead of falling 30 feet into the water below the tracks, the train was caught and rested on one of the two tail fins (flukes).

“A team of experts is investigating how we can make it safe and get it down,” Carly Gorter, a spokeswoman for local security, reportedly told the Associated Press in a telephone interview.

The name of the artwork is coincidentally entitled, “Saved by the Whale’s Tail.” The artwork, made by architect Maarten Struijs, is made from plastic, according to The Washington Post.

“I’m surprised it’s so strong,” Struijs explained. “If plastic has been standing for 20 years, you don’t expect it to hold a metro carriage.” (RELATED: Passenger Train Refuses To Stop At Station In Order To Trap Alleged ‘Kidnapper’ Onboard)

There were reportedly no passengers on board, and the driver of the train was able to escape with no injuries, according to the Associated Press.