The Vatican says that Pope Francis’ comments on civil unions in a documentary that aired in October were taken out of context, numerous sources reported.

The remarks appeared in the documentary “Francesco,” and appeared to show the Pope saying that gay people have the right to a family and should be protected by civil union laws, according to the Associated Press. But the Vatican reportedly said that in the interview, the Pope was referring to his position while archbishop of Buenos Aires in 2010, when he supported extending legal protections to gay couples, which is understood in Argentina as a civil union law. 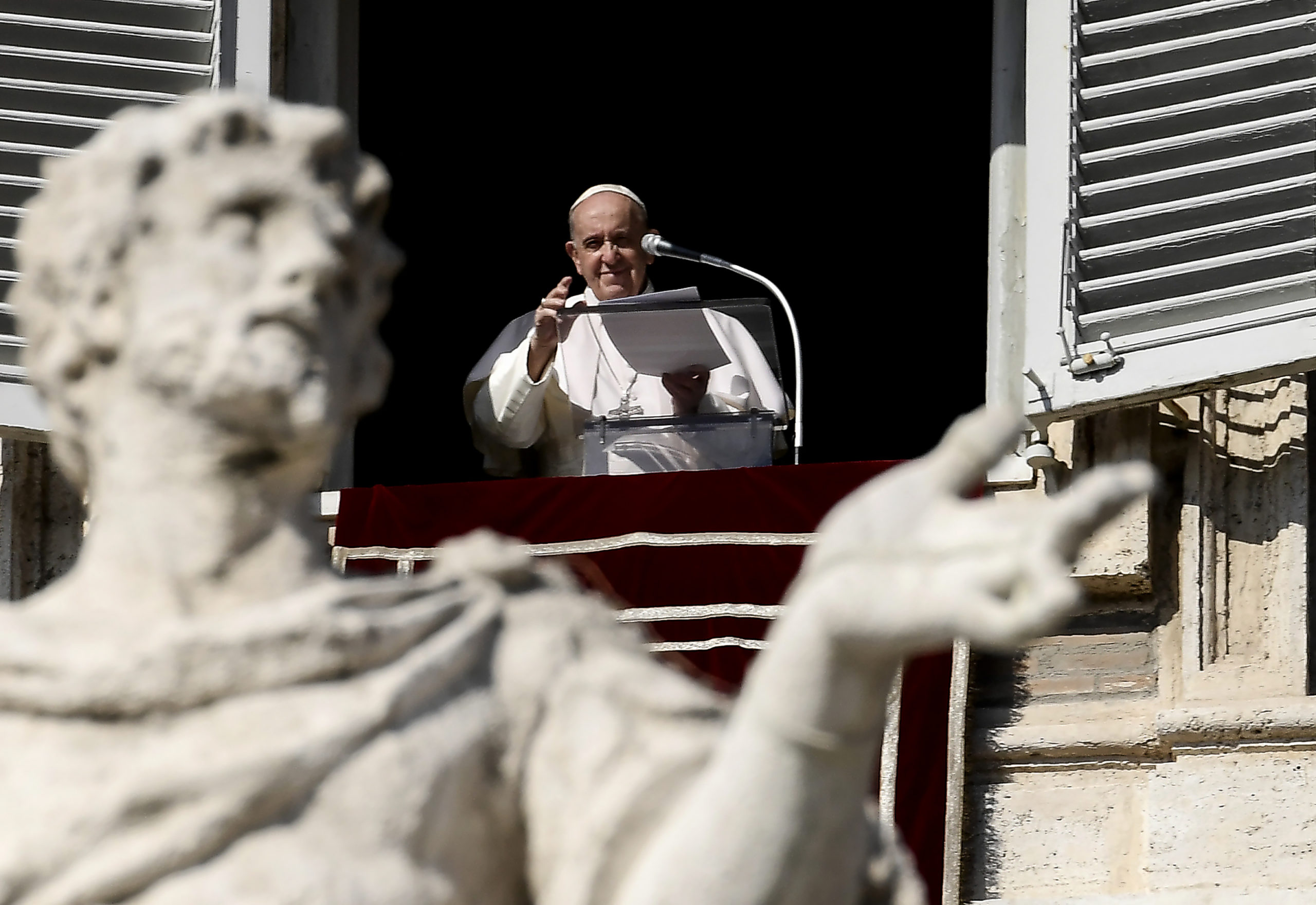 Pope Francis blesses worshippers as he delivers the Sunday Angelus prayer from the window of his study overlooking St.Peter’s Square, at the Vatican on November 1, 2020 during the Covid-19 pandemic, caused by the novel coronavirus. (Photo by Filippo MONTEFORTE / AFP) (Photo by FILIPPO MONTEFORTE/AFP via Getty Images)

The Vatican said that the documentary director, Evgeny Afineevsky, had removed caveats and context from the film, including the Pope’s explicit opposition to same-sex marriage, according to Forbes.

Catholic bishops pushed back against the remarks in which the Pope appeared to condone same-sex civil unions, warning that the statements as reported spread “turmoil, confusion, and error.” (RELATED: Pope Francis’ Reportedly Edited Remarks On Same-Sex Civil Unions Leave Catholics In ‘Turmoil, Confusion, And Error’ Amidst Vatican Silence)

Following the release of the documentary, media outlets reported that the Pope condoned same-sex civil unions, quoting the Holy Father as saying: “Homosexuals have a right to be a part of the family. They’re children of God and have a right to a family. Nobody should be thrown out, or be made miserable because of it,” and, “What we have to create is a civil union law. That way they are legally covered. I stood up for that.”

Afineevsky had reportedly misled journalists by claiming the Pope made the comment to him in a new, two-camera interviews, the AP reported. The comments were taken from a May 2019 interview with Mexican broadcaster Televisa that were never broadcast. The documentary spliced the two answers to make it appear as though the Pope said that gay people have the right to form families, when he was actually saying gay people have the right to be accepted by their own families, according to Forbes.

“More than a year ago, during an interview, Pope Francis answered two different questions at two different times that, in the aforementioned documentary, were edited and published as a single answer without proper contextualization, which has led to confusion,” an unsigned guidance posted on Facebook Sunday by the Vatican nuncio to Mexico, Archbishop Franco Coppola, said, according to the AP.

The Pope’s comments in the film about gays having the right to be in the family referred to parents with gay children, who should not discriminate against their children or make their lives miserable, according to the Vatican guidance.

Furthermore, the Pope’s remarks on gay civil unions had several caveats that were not included in the documentary, the AP reported. He also insisted that he maintained Catholic doctrine on the subject of “homosexual marriage,” according to the AP, but the documentary had reportedly left out the context.

The reportedly edited comments in the documentary sparked a backlash in media and the Catholic Church, which teaches that homosexual acts are “contrary to the natural law,” and should “under no circumstances” be approved.

Pope Francis himself previously wrote in his 2016 encyclical Amoris Laetitia that “There are absolutely no grounds for considering homosexual unions to be in any way similar or even remotely analogous to God’s plan for marriage and family.”