A lawsuit was filed by the American Civil Liberties Union (ACLU) in federal court shortly after the Democratic Congressional Delegation sent a letter to the Department of Justice urging them to take a look into an incident involving a crowd being pepper sprayed while on their way to the polls this past Saturday in Graham, NC.

The goal of this incident, the ACLU and Democratic Congressional leaders allege, was voter intimidation, according to Fox 46 Charlotte.

The ACLU claims that peaceful protesters were on their way to the polls when law enforcement incited the violence. Fox 46 Charlotte stated that 15 people were arrested for charges including resisting a public officer, failure to disperse and misdemeanor rioting.

Reverend Gregory Drumwright, who organized Saturday’s march, and Ann Jones, a community activist with People for Change, are leading the lawsuit for the ACLU. 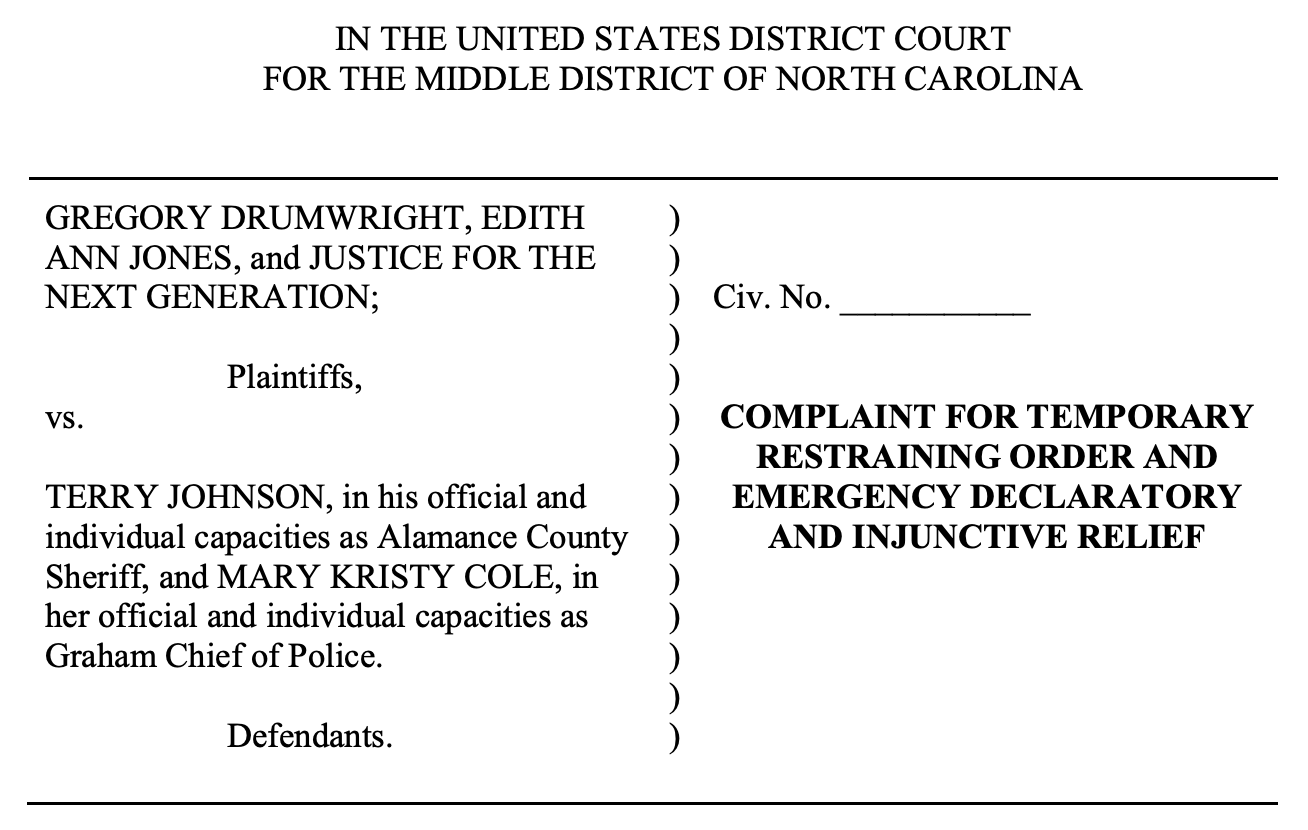 Graham Police and Alamance County deputies stated that they noticed a gas-powered generator in the crowd and when they attempted to remove it, were met with “pushback from protesters.”

Alamance County Sheriff’s Office diversity coordinator, Michelle Mills, said at a Monday press conference, according to Fox 10. “We know that there are many versions of the events from Saturday, and hope that our community will try to understand the difficult decisions that were made.”

Mills also said that police gave the demonstrators three verbal warnings before they used pepper spray, further explaining that not bringing flammable materials was a stipulation in the agreement they had with event organizer Drumwright.

“Several people began pulling and shoving our deputies.” said Mills, when explaining what happened when officers attempted to remove the generator. One deputy was reportedly injured due to the altercations of the event. (RELATED: More Than 30 Arrested After Riots Erupt In Philadelphia Following Alleged Police Shooting Of Man With Knife)

Janet Johnson, a person at the march that was among those that were pepper sprayed, alleged she experienced complications with her breathing as a result, according to the local outlet.

“I said, ‘Don’t!’ And next thing I know, it hit me,” Johnson said, “I could not breathe. and the only thing that I could think about at that time was, ‘Am I going to die? Am I going to die?’ I never had that experience before”, reported Fox 46 Charlotte.

Tabitha Davis, another participant at the march, said her and a friend will have to make new plans to go vote, stating “The only option is to vote on Tuesday. We definitely plan on going together. We plan to meet each other and go with each other to our polling stations because that’s our only option,” according to Fox 46 Charlotte.

Governor Roy Cooper also spoke out about his concern of voter intimidation on Twitter because of the incident.

Drumwright announced that he is hosting another march to the polls event at 4 p.m., while also offering rides to and from the polls for the elderly and those with disabilities.