California’s ballot measure that would exempt gig companies from a recently-enacted labor law is the most expensive measure in state history and, depending on the result, could indicate how a Joe Biden administration would legislate.

If successful, Proposition 22 would exempt app-based drivers and workers from California’s Assembly Bill 5 (AB5) and classify them as freelancers, not employees, according to Ballotpedia. AB5 went into effect in January, months after Democratic Gov. Gavin Newsom signed it into law in September 2019, CNBC reported.

“Assembly Bill 5 is landmark legislation for workers and our economy,” Newsom said in a statement after he signed the bill. (RELATED: Man Punches Uber Driver Over Mask Policy)

“It will help reduce worker misclassification — workers being wrongly classified as ‘independent contractors,’ rather than employees, which erodes basic worker protections like the minimum wage, paid sick days and health insurance benefits,” he continued. 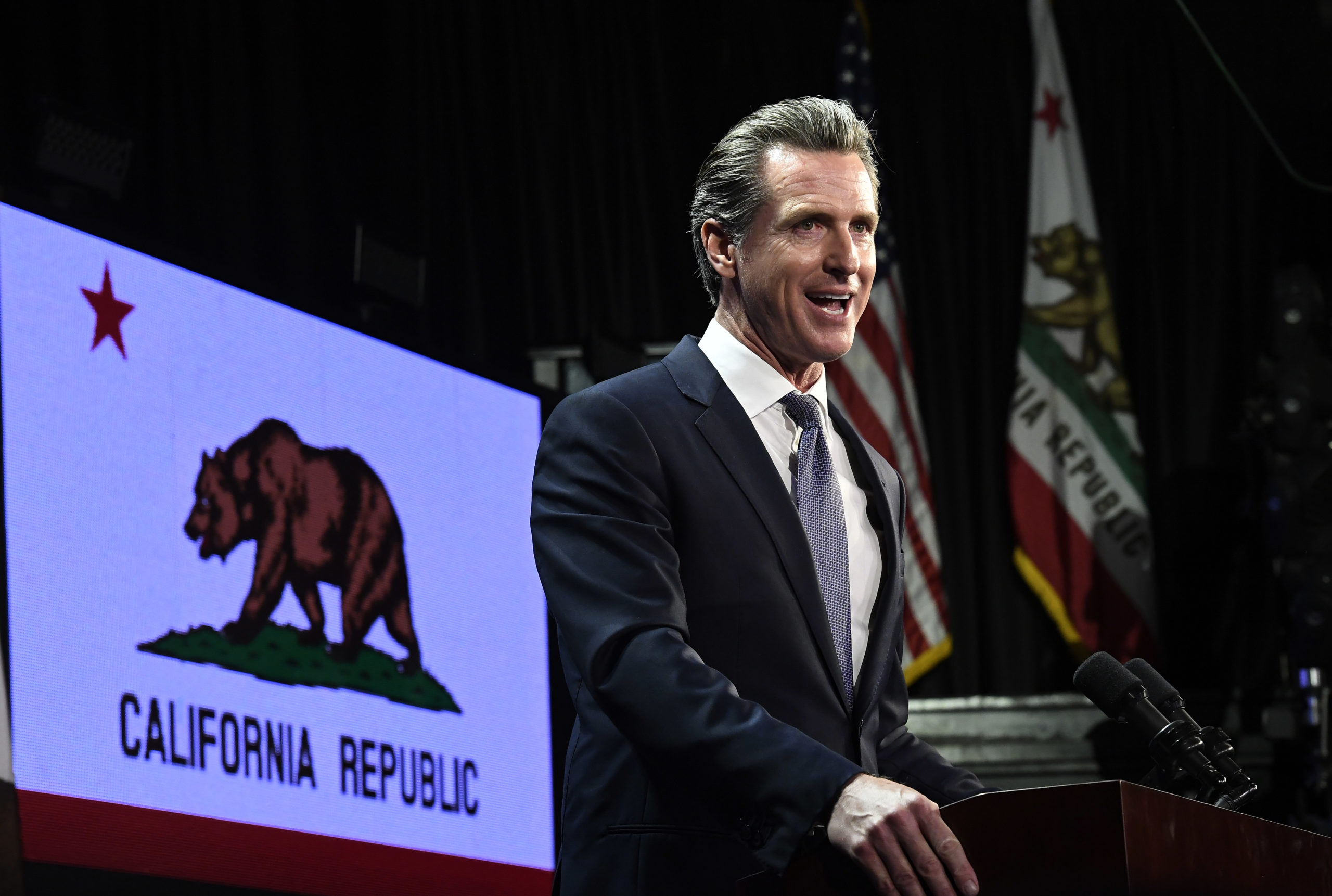 The legislation broadened the so-called “ABC” test, which is used to determine if a worker is legally a freelancer or not, making the test applicable to several million more workers, according to The San Diego Tribune. The broadened test effectively forced companies like Uber, Lyft and Doordash to reclassify drivers as employees.

Altogether, the big app-based tech companies have poured hundreds of millions of dollars into exempting their drivers from AB5 via Proposition 22, making the measure the most expensive in state history, according to Politico. The companies raised the money to get Proposition 22, which they wrote, on the 2020 ballot, The Los Angeles Times reported.

“Drivers have consistently said they want to remain independent contractors instead of becoming employees by a four-to-one margin,” Lyft said in a statement to The Daily Caller News Foundation. “That’s why Lyft is fighting to provide drivers independence plus benefits with Prop. 22 in California.” (RELATED: Union Boss Sentenced For Ordering Attack On Workers Who Refused To Join Union)

A September poll found that 51% of Californians supported Proposition 22 while 40% opposed it, according to SF Gate.

Lyft, Uber, Doordash and other tech companies have contributed more than $190 million into ensuring Proposition 22 succeeds, according to state filings. 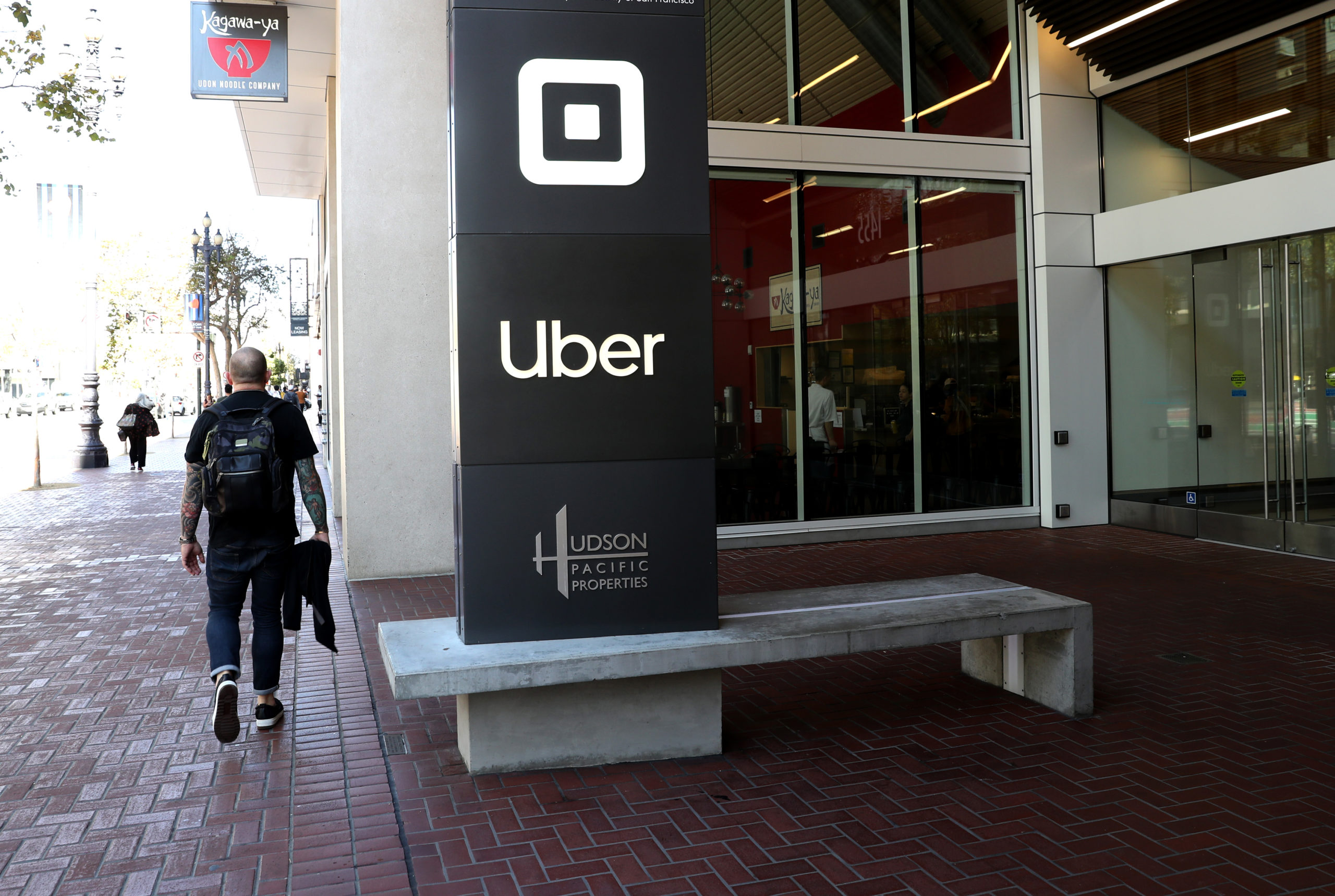 “They are trying to buy their own law, so they can keep exploiting their workers for profit,” Mike Roth, spokesperson for No On Prop. 22, told the DCNF.

“If you look closely at the measure, all it does is let the companies lower wages, weaken the labor laws that are designed to protect drivers and it will permanently lock drivers into low wage jobs,” Roth added.

No On Prop. 22 is funded by labor groups including the California Labor Federation, American Federation of Labor and Congress of Industrial Organizations, Service Employees International Union and International Brotherhood of Teamsters. These organizations have dropped more than $16 million into the effort to stop Prop 22, state filings showed.

However, AB5 has also affected many freelance industries beyond app-based companies, according to Karen Anderson, a freelance writer and photographer who founded Freelancers Against AB5, a Facebook group with 19,000 members. These industries wouldn’t be exempted from the law if Proposition 22 were to succeed.

“We’ve identified at least 400 categories of professions, occupations, trades, and industries that have been impacted by AB5,” Anderson told The DCNF. “It’s a ruse that AB5 is meant to protect just the low wage worker. It’s not at all. It’s meant to control the entire independent workforce across the board.” (RELATED: EXCLUSIVE: Trump Administration Sends Rare Warning To Two Major Labor Unions)

“In January, people started pouring onto my page sharing their stories from across the vast swath of professions in the state,” Anderson said. 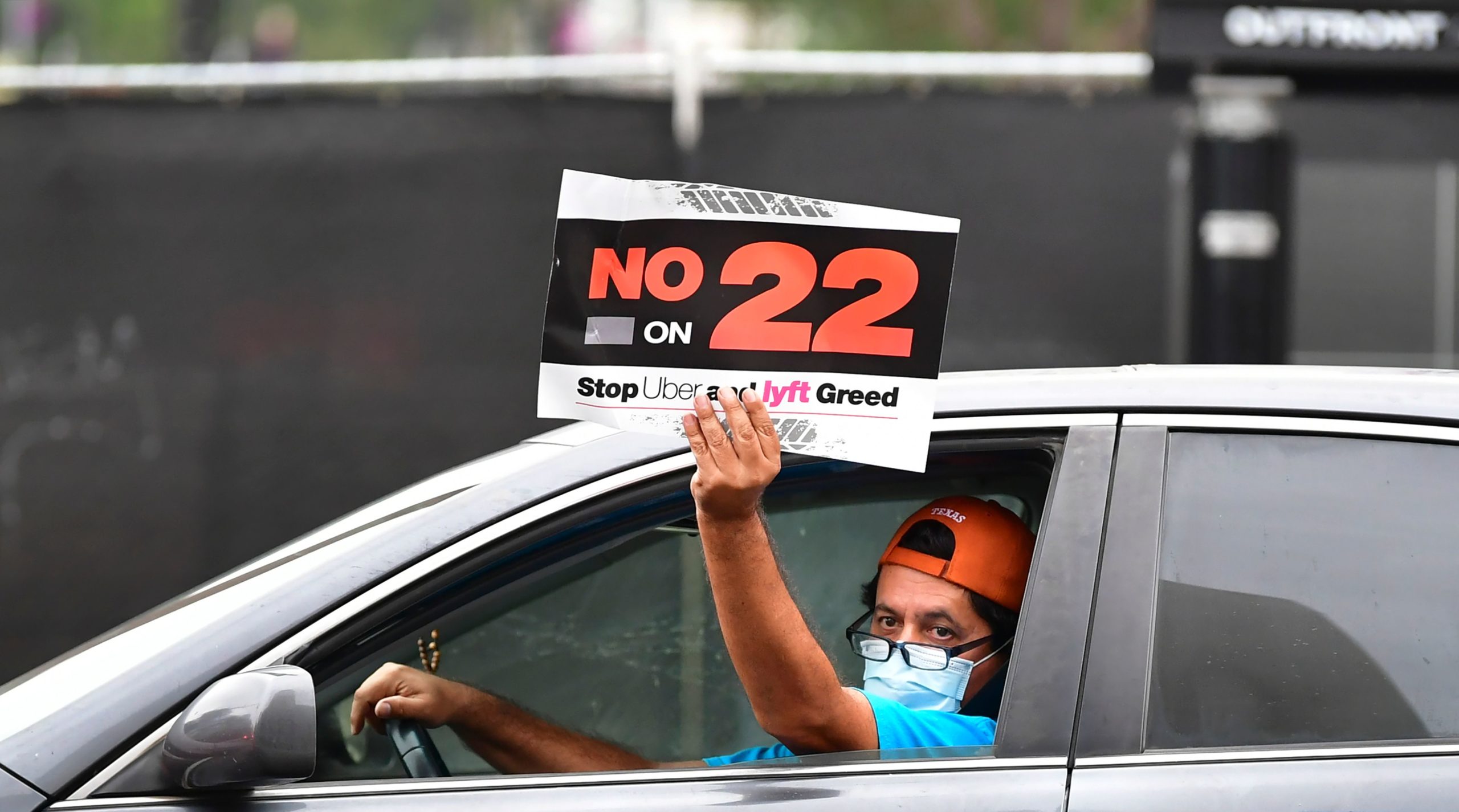 App-based drivers from Uber and Lyft protest in a caravan in front of City Hall in Los Angeles on Oct. 22. (Frederic J. Brown/AFP via Getty Images)

Real estate appraisers, professional Santa Clauses, wedding photographers, executive recruiters and pharmacists were some of the many professions that Anderson heard from. California’s independent filmmaking industry and freelance journalists were particularly hit hard, she said.

AB5 is a “threat” to the livelihoods of journalists and authors, according to Jonathan Kirsch, an attorney specializing in publishing law. Kirsch’s January article was published by The Authors Guild, a national organization for writers.

Further, the Institute for the American Worker (IAW) has published several stories of freelancers who oppose AB5. They include a freelance translator, nurse educator, actor, architectural designer and a face painting artist.

“Lilly went from routinely entertaining at corporate family events and ski resorts—large-scale events where she would subcontract with six other artists—to struggling to book jobs,” an IAW report on face painting artist Lilly Walters said. 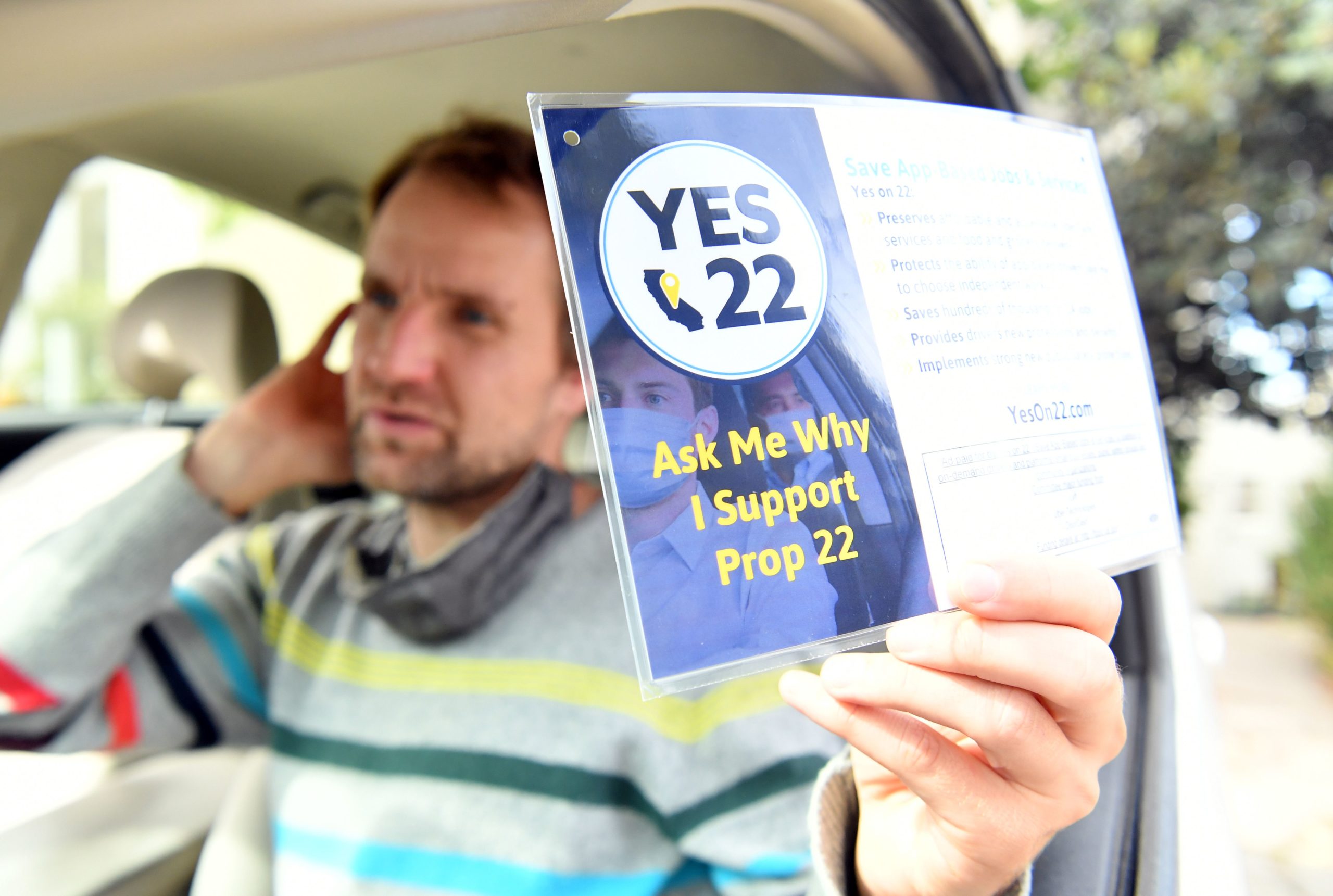 Uber driver Sergei Fyodorov discusses why he supports a “yes” vote on Proposition 22 in Oakland, California on Oct. 9, 2020. (Josh Edelson/AFP via Getty Images)

When asked about No On Prop 22’s support for AB5 and its potential effect on freelancers in California, Roth reiterated that the organization is focused on Proposition 22 right now.

“If Prop. 22 passes, it drives a stake through the heart of of AB5, it blows a huge hole into it,” Anderson told the DCNF. “It would pave the way for being able to dismantle the law.”

Since AB5 was written to specifically target app-based companies, Proposition 22 succeeding would clear the way for either a court to strike AB5 down or for a 2022 ballot measure proposing to eliminate it, Anderson said. The 9th Circuit Court of Appeals is currently reviewing a lawsuit, which asks the state to exempt truckers from AB5, Reuters reported.

Unions are heavily invested in ensuring the failure of Proposition 22 because their membership has been declining, according to Charlyce Bozzello, communications director for labor union watchdog group The Center for Union Facts. California union membership, which had been declining before the coronavirus pandemic, accelerated its decline after the virus’ outbreak, The Sacramento Bee reported. 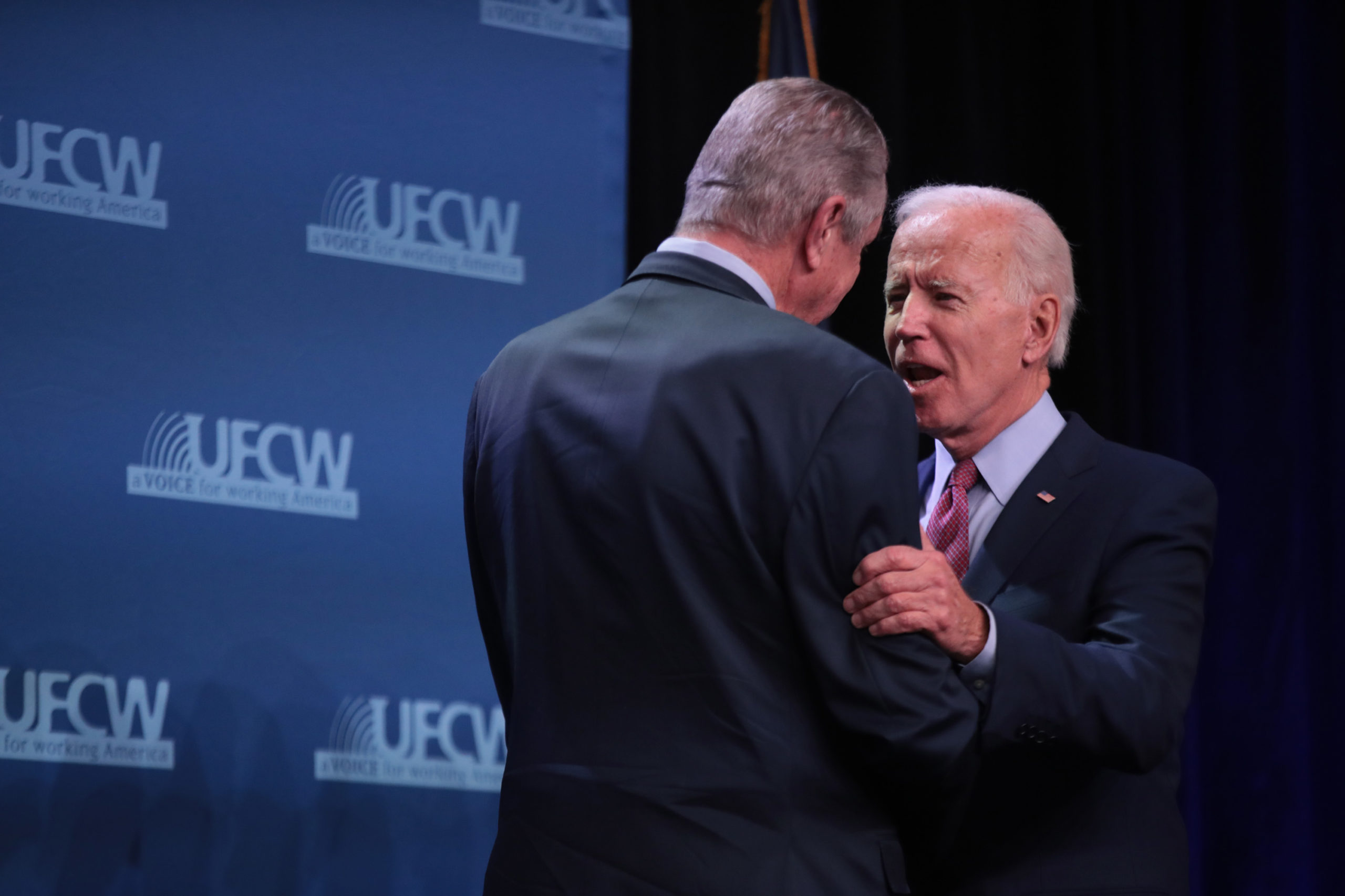 “Unions have every incentive for gig workers be classified as employees,” Bozzello told the DCNF. “That way, they’re easier to organize.”

“They’re trying to make up that membership. But, they’re not having a lot of success getting a foothold in the traditional industries that they would be organizing,” Bozzello said. “So they need to get creative, they need to go somewhere else to survive. They’ve been looking toward the gig economy.”

Now, gig economy giants are trying to gut the law and exempt their workers. It’s unacceptable.

I urge Californians to vote no on the initiative this November.

In February, the House passed the Protecting the Right to Organize (PRO) Act, which would implement similar regulations, including the “ABC” test, as were in AB5, according to The Wall Street Journal. Biden said that he would sign the legislation if elected president.

The bill would harm the economy and make more workers vulnerable to union coercion, according to a WSJ editorial. House and Senate Democrats introduced the Worker Flexibility and Small Business Protection Act in September, a bill that would go even further than the PRO Act. (RELATED: ‘Pro-Labor, Pro-Worker Administration’: Labor Leaders Expect Union Resurgence Under A Biden Presidency)

Anderson said the Democrats in her group are “appalled” by Democrats’ support for such legislation. Many freelancers see Biden’s endorsement of such bills to be a “deal breaker,” she added.

“If you’re a freelancer, voting for Biden is like a tree voting for a chainsaw,” Anderson told the DCNF.

The Gig Workers Collective, UFCW and Uber did not respond to requests for comment.