A number of pro-Second Amendment organizations and two individual citizens are suing the state of New Jersey over “draconian” restrictions on carrying a firearm for self-defense. The litigation is also taking on the state’s application process for concealed carry permits.

“The right to bear arms must be available to all citizens, not just a privileged few,” Alan Gottlieb, Executive Vice President of the Second Amendment Foundation, said in a press release. “Like other rights protected by the Constitution, that right is not limited to the confines of one’s home. Ever since the SAF victory in McDonald v. City of Chicago ten years ago, the Second Amendment absolutely applies in New Jersey.” (RELATED: Washington State Firearm Confiscation Law Found Unconstitutional)

“In New Jersey today, the right to carry loaded handguns in public for all lawful purposes, including self-defense, is completely denied to law-abiding people, like and including our clients. But the U.S. Supreme Court has held that such bans are categorically unconstitutional,” Raymond M. DiGuiseppe, one of the attorneys representing the plaintiffs in the case said. 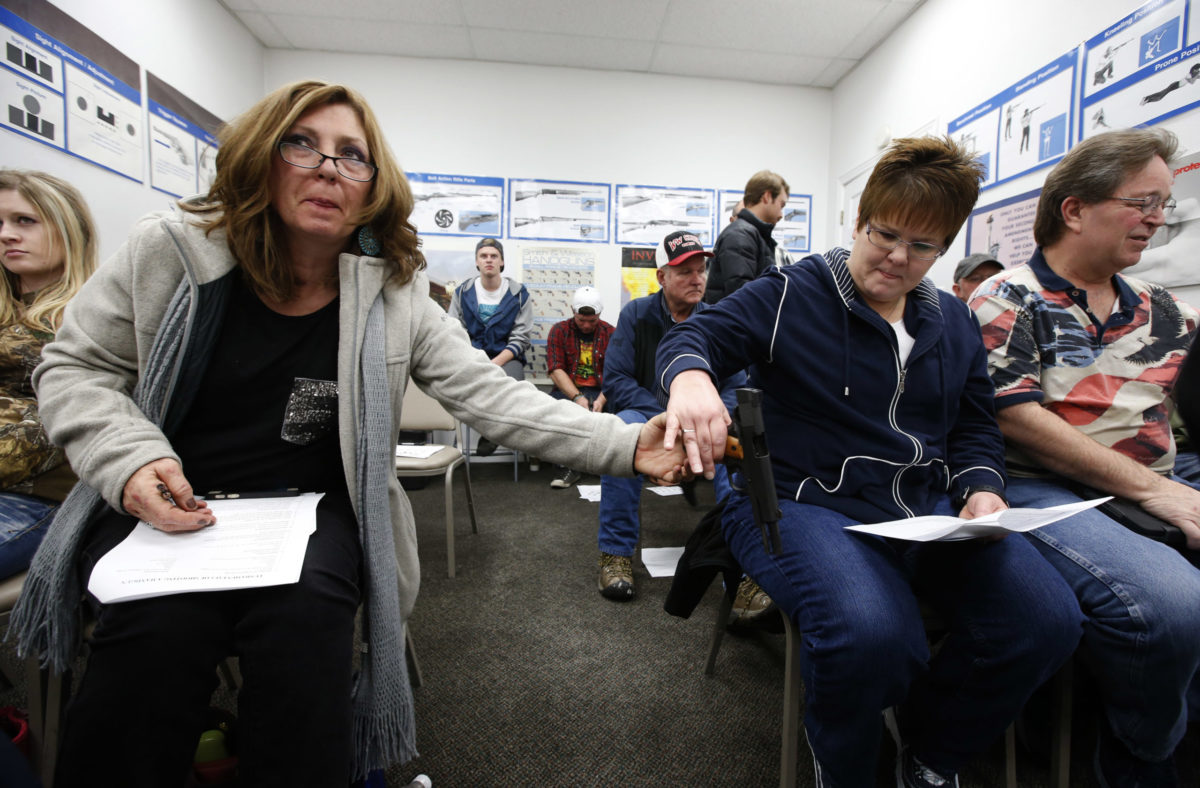 Cidnee Woolf, (L) hands a semi automatic handgun to Dixee Wilkerson, (R), during a packed class to obtain the Utah concealed gun carry permit, at Range Master of Utah, on January 9, 2016 in Springville, Utah. Unlike New Jersey, Utah’s concealed carry permits do not require that an applicant demonstrate a “justifiable need” to carry a handgun. (Photo by George Frey/Getty Images)

In addition to the Second Amendment Foundation, the Firearms Policy Coalition and New Jersey Second Amendment Society, two private citizens are listed as plaintiffs in the lawsuit, Bennett v. Davis.

A summary of New Jersey’s firearms laws provided by the National Rifle Association’s Institute for Legislative Action notes that there is no state constitutional provision protecting the right to keep and bear arms. Any applicant for a concealed carry permit must have a “justifiable need to carry a handgun.”

The applicant must also provide a list of any handgun they might carry, which includes a description and serial number. Applicants are also required to provide the names of three reputable people who have known the applicant for at least three years as part of the process.

The suit will be heard in the U.S. District Court for the District of New Jersey.