The district typically leans Republican, according to Business Insider, but was recently redrawn and is now slightly more favorable for Democrats.

Cawthorn and Davis fought to replace Mark Meadows, a Republican who vacated the seat to serve as the White House chief of staff.

“I definitely am running against the Republican Party,” Cawthorn said in a late October interview, according to Politico. “They’re a party that doesn’t try to tackle real issues. They are a party that always says no to things.”

“He is a fresh new package, but the things that come out of his mouth sound like Strom Thurmond from the 1960s,” Davis said of Cawthorn, Politico reported. “There’s nothing original about his sexist, racist views.” 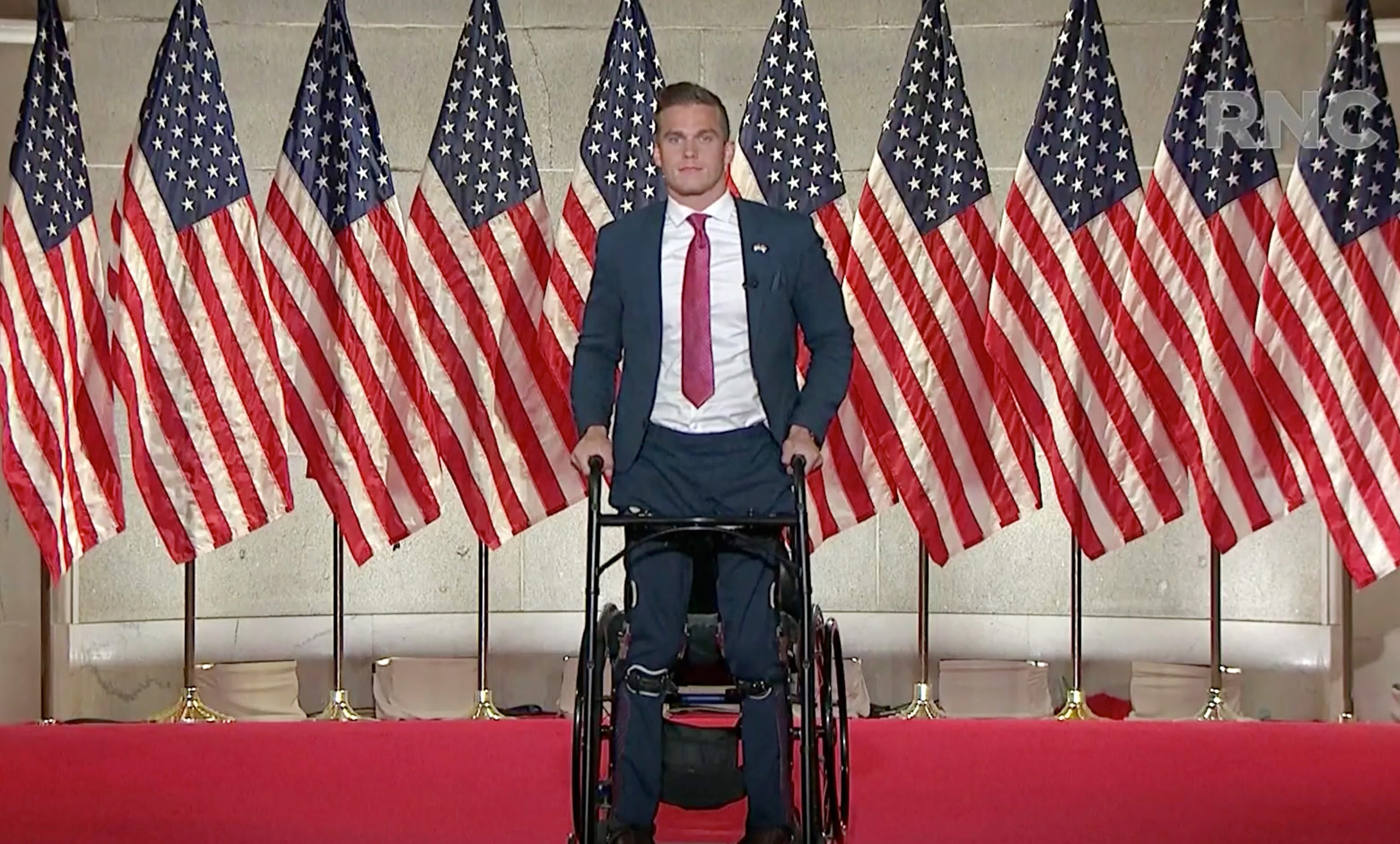 Davis served in the military for 25 years and worked in both former the Bush and Obama administrations on national security issues, Business Insider reported. The Democratic candidate is a frequent critic of President Donald Trump.

Cawthorn was paralyzed from the waist down from a car accident when he was 18 and campaigns on the idea that overcoming his own personal tragedy makes him better fit to represent his fellow Americans.

“I know something about adversity,” Cawthorn said when he spoke at the Republican National Convention, describing his fight to “make a difference.” (RELATED: GOP Congressional Candidate Madison Cawthorn Denies Multiple Allegations Of Aggressive Sexual Behavior)

“I choose to fight for the future, to seize the high ground and retake the Shining City on a Hill,” he said. “While the radical left wants to dismantle, defund, and destroy, Republicans, under President Trump’s leadership, want to rebuild, restore and renew.”

Several women have accused Cawthorn of aggressive sexual behavior before his political career, which Cawthorn has denied. He has also denied allegations that he is sympathetic to white nationalist politics and a fan of Adolf Hitler.

“There is a big difference between a failed advance and being forceful, to the extent that’s possible when you’re a paraplegic,” Cawthorn campaign spokesman John Hart told the DCNF Aug. 16. “If being guilty of an awkward, failed advance is a disqualifying event every male in public office should resign.” 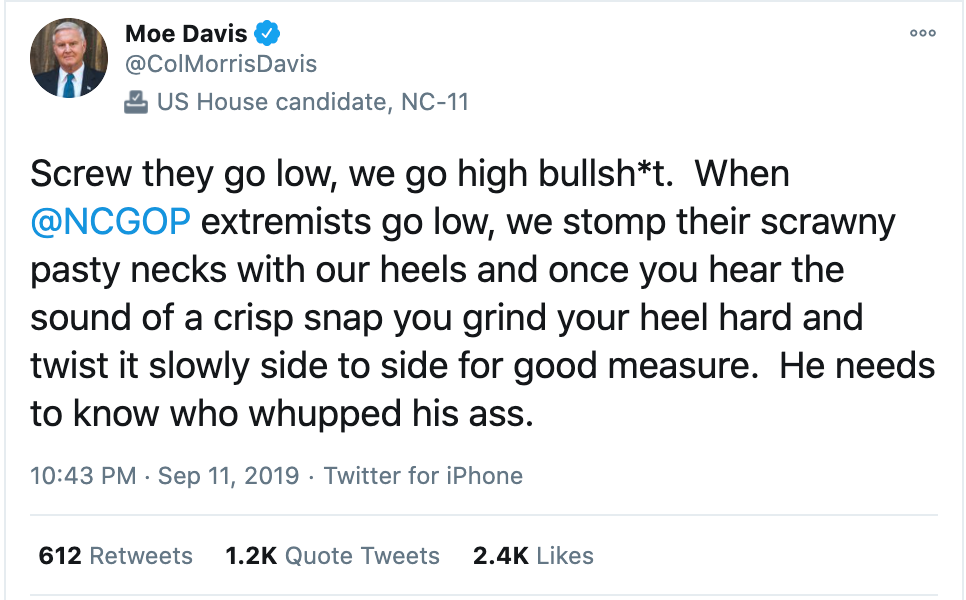 “We stomp their scrawny pasty necks with our heels and once you hear the sound of a crisp snap you grind your heel hard and twist it slowly side to side for good measure,” Davis tweeted.

Davis later told a reporter that he posted the tweet because “that was the day of the NC 9 special election” — a day that Davis said was “caused by Republican voter fraud.”