The 78-year-old senator was projected by the Associated Press to win the race slightly before 8:00 p.m. Eastern time when he was leading by approximately 13% with 59% of votes counted.

Democratic donors had pumped close to $100 million into McGrath’s campaign, hoping the former Marine fighter pilot could score a key win over McConnell. 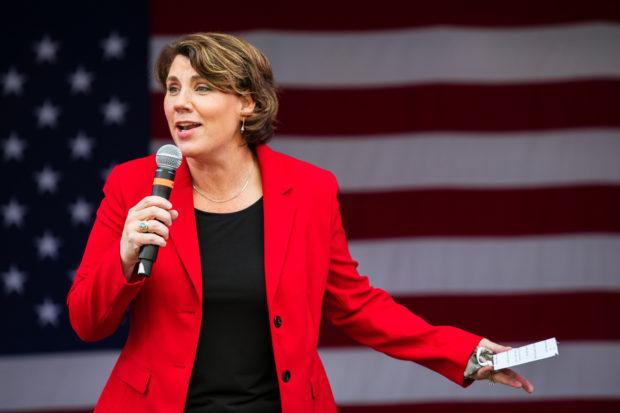 As of October 14, OpenSecrets reported McGrath’s total campaign donations at more than $88 million. By comparison, McConnell had raised over $55 million.

McGrath both raised and spent more than twice what McConnell did from July to September, Kentucky.com reported.

Almost 97% of the challenger’s donations came from outside the state, with several donors associated with the University of California making her top 20 donor list with a total of $109,857, according to local outlet WHAS11.

McConnell is expected to either serve as Senate majority or minority leader, depending on how the overall landscape of the Senate turns out. (RELATED: McConnell Says Odds GOP Retains Control Of Senate Are ’50 50′)

President Donald Trump also easily carried Kentucky in a race that was called early in the evening.

McConnell has formed an identity around shifting the Judicial branch, and has been widely credited with ensuring a largely conservative Supreme Court. He made the decision to withhold confirmation on President Barack Obama’s choice to replace the late Justice Antonin Scalia in 2016, then ushered through the confirmation of Justice Amy Coney Barrett last month to replace the late Justice Ruth Bader Ginsburg.