Allie Young, a thirty-year-old woman from Navajo Nation, led her fellow early-voters to the polls on horseback beginning on October 20.

Due to limited polling stations and lack of transportation access in this area, voting among Indigenous people is often difficult. However, Young did not let this challenge discourage her from voting, according to the Pittsburgh Post-Gazette.

Young started “Ride to the Polls” this October in hopes to encourage and empower other Native American people to vote in this election in a way that brought them closer to their own cultural heritage. Young leads many groups on horseback from Church Rock, Navajo County to Kayenta, AZ; a 10 mile endeavor, according to the Post-Gazette.

Young stated “I am doing this to honor our ancestors who fought for our right to vote, so I wanted to wear traditional clothes,” as she saddled up for her journey, according to the Post-Gazette. Her mother tied a Diné sash around her waist as Young also wore customary beaded jewelry. 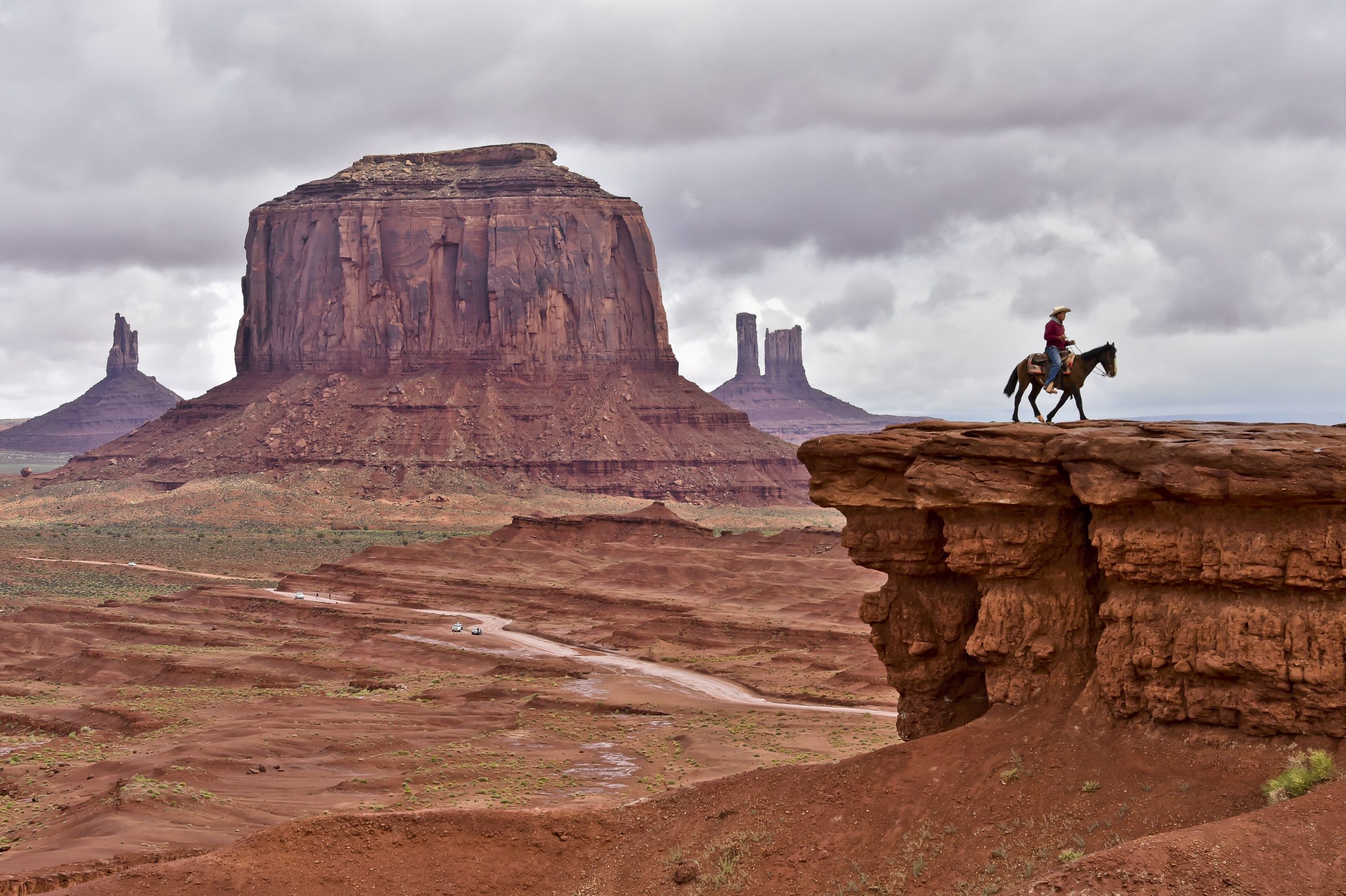 A Navajo man on a horse poses for tourists in front of the Merrick Butte in Monument Valley Navajo Tribal Park, Utah, on May 16, 2015. AFP PHOTO/MLADEN ANTONOV (Photo credit should read MLADEN ANTONOV/AFP via Getty Images)

Young gave credit for “Ride to the Polls” to her father, Frank.

“He had a vision of us riding our horses to protect our people,” Young stated, the Post-Gazette reported. Frank Young added, “It’s given me strength, and I hope it gives us strength as a nation,” according to the outlet.

Young also founded the nonprofit Protect the Sacred in March, to help Native communities that were affected by the pandemic.

Having limited access to transportation and voter registration offices isn’t the only obstacle Native American communities have when trying to vote. They finally gained the right to just vote across the United States in 1962, and also face issues such as their tribal ID cards being deemed invalid when voting, many do not have mailboxes to use for mail-in voting, and live many miles from anyone else, says Time. (RELATED: Navajo Nation Spokesman Calls Tom Steyer’s Green Energy Campaign A ‘Slap In The Face’)

“In terms of how difficult it is to access voting places, on a scale of one to ten, I would say it’s a nine,” said OJ Semans, the co-executive director of Four Directions, an organization focusing on Native American voting rights. “Our numbers would skyrocket if we had the equal opportunity to vote,” the Post-Gazette reported.

However, Native Americans can easily change the outcome of an election, having 67,000 eligible voters in the Navajo community, NBCLX reported. Especially in Arizona, which is already such a swing state. Semans predicts a higher voter turnout among Native American communities as this election has things such as health care and pipeline projects at stake, according to the Post-Gazette, and only about 66% of Native Americans are registered to vote.

Young has also planned a Ride to the Polls for election day, and has expected a very large turnout, the Post Gazette reported.