Georgia’s results from the 2020 presidential election were delayed Tuesday after a pipe burst in a room containing mail ballots from Fulton County, the largest county covering the state’s capital of Atlanta.

The Atlanta Journal Constitution reported Tuesday night that though none of the ballots were damaged, and the burst pipe took only two hours to repair, election officials have fallen significantly behind schedule in terms of tabulating both mail and in-person votes. (RELATED: Trump Says He Hasn’t Written An Acceptance Or Concession Speech But Is Considering Addressing The Nation Tuesday Night)

“As planned, Fulton County will continue to tabulate the remainder of absentee ballots over the next two days,” a county spokesperson said in a statement Tuesday evening. “Absentee ballot processing requires that each ballots is opened, signatures verified, and ballots scanned. This is a labor intensive process that takes longer to tabulate than other forms of voting.”

Elections board member Mark Wingate added that “from a candidate standpoint,” the final results might not be known “until Friday.”

Still, Fulton County elections chief Richard Barron pushed back on that new timeline to AJC, saying the prior setback “will have zero effect on results.”

According to the Real Clear Politics polling average, Trump lead Biden by just one point in the state heading into Election Day, but the pair had exchanged leads multiple times over the past month and the Biden campaign viewed the battleground as one state the former vice president could realistically flip blue. Though Biden himself did not visit Georgia over the final stretch of the election, his top surrogates — including former President Barack Obama and Democratic Vice Presidential nominee Kamala Harris — hit the state hard over the past week. 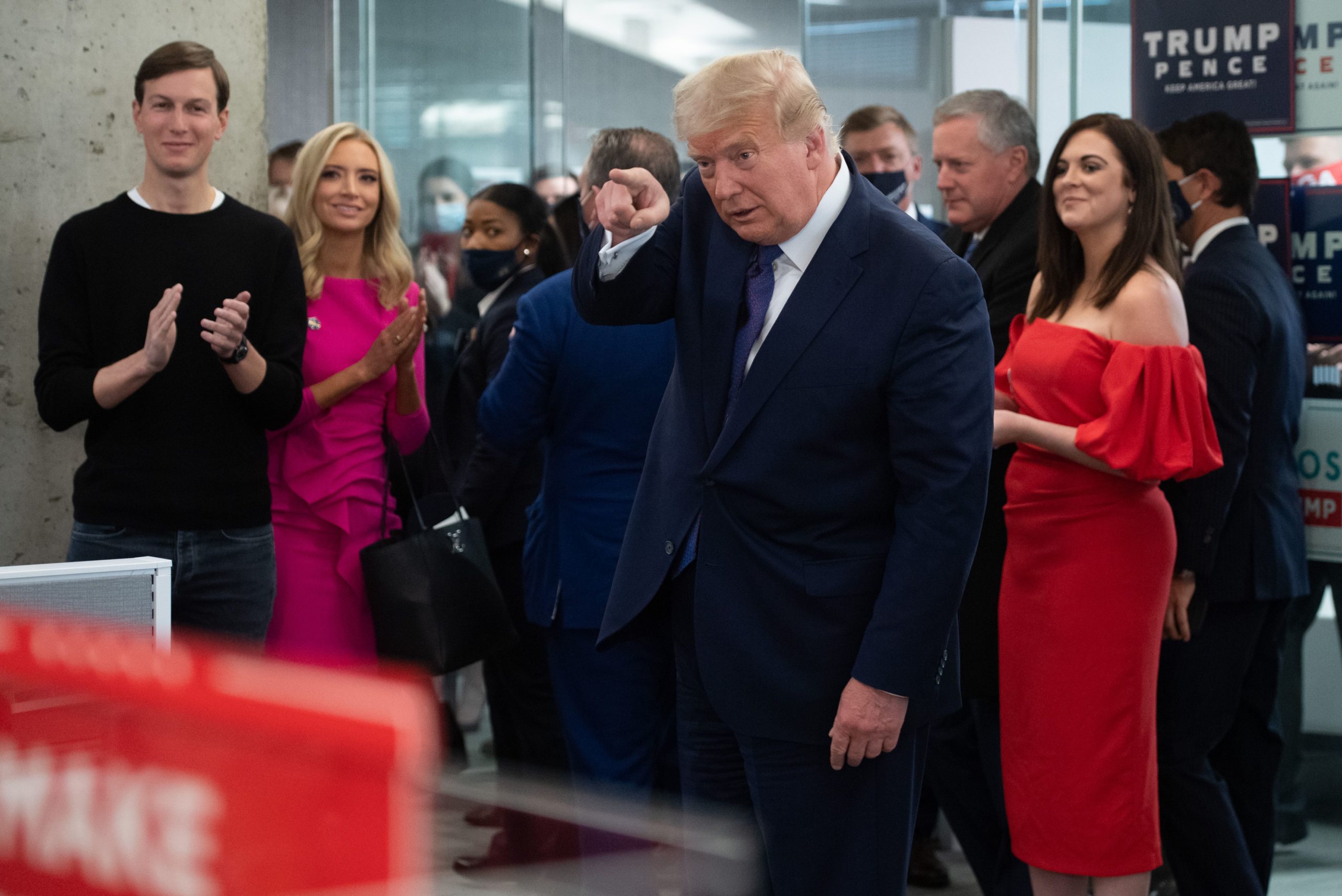 US President Donald Trump points as he visits his campaign headquarters in Arlington, Virginia (Photo by SAUL LOEB/AFP via Getty Images)

“All that we are looking to now in terms of Georgia and the prospect of what we might accomplish in this state,” Harris said alongside former Georgia gubernatorial candidate Stacey Abrams on Sunday. “It’s not like it’s a one-off. Don’t forget when [Trump] was running for office and thinking about his political career, he had the gall to question the legitimacy of America’s first Black president.”

Trump also campaigned Sunday in the Peach State, holding one of his more than thirty rallies over the final three days of campaigning in Rome, Georgia.  The president won Georgia by more than 5 points back in 2016.