Rescue workers in Izmir, Turkey, reportedly pulled a 3-year-old girl out from under a collapsed apartment building where she had been trapped for 91 hours, according to multiple reports.

Rescue worker Nusret Aksoy told reporters he was searching through the remains of the eight-floor building when he heard a child scream, per Stars and Stripes. He reportedly uncovered her in a small space next to a household appliance described in different reports as a “washing machine” or “dishwasher.” 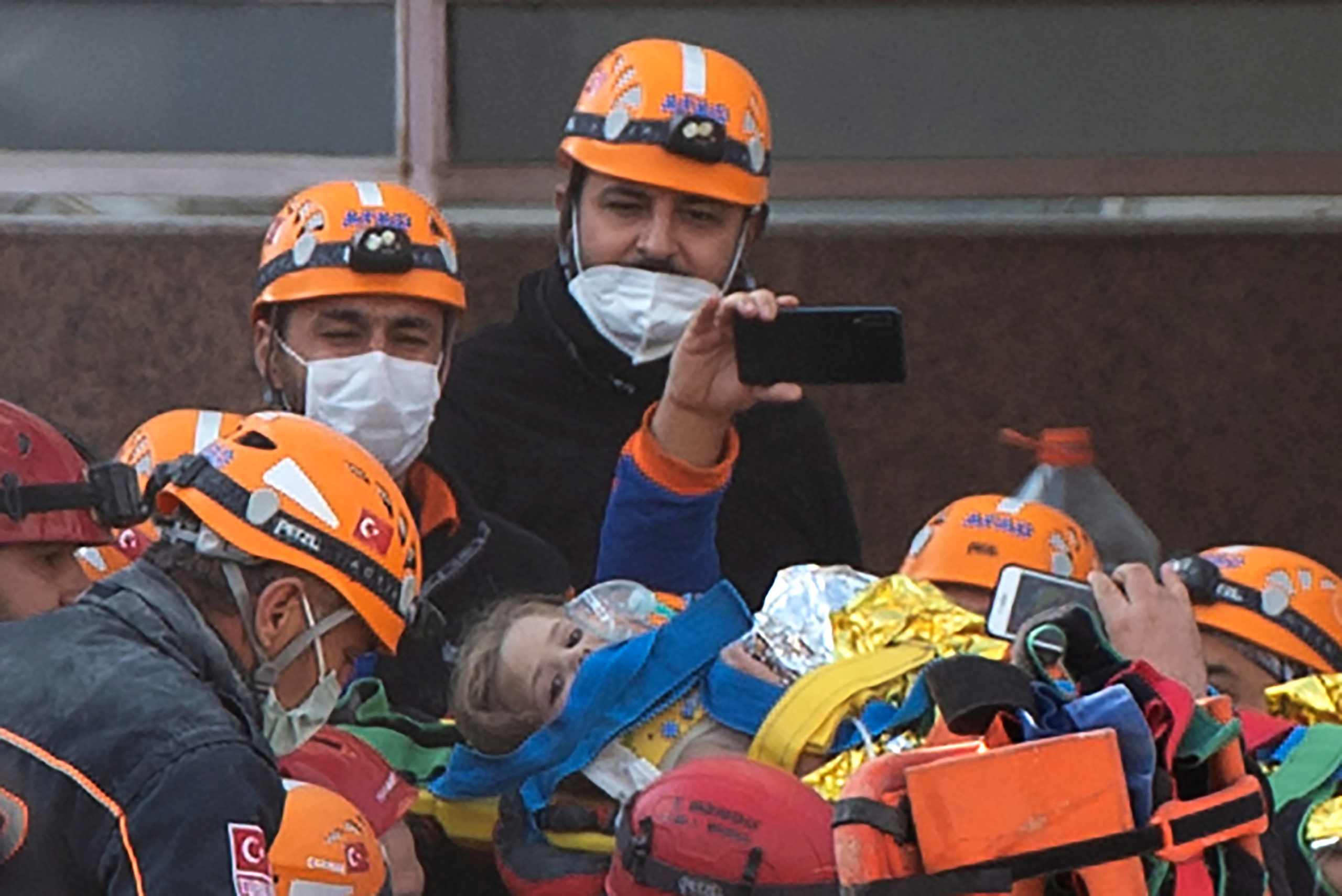 TOPSHOT – Rescue workers carry three-year-old girl Ayda Gezgin as they pull her out of the rubble of a building 91 hours after it collapsed during a 7.0-magnitude earthquake, at Bayrakli district in Izmir, on Nov. 3, 2020. – Rescue workers were searching eight buildings in Izmir despite dwindling hope for survivors, as the death toll of a powerful magnitude earthquake which hit western Turkey rose to 69. The 7.0-magnitude quake has also injured 896 in Turkey, the Turkish emergency authority AFAD said, after striking on October 30, afternoon near the west coast town of Seferihisar in Izmir province. (Photo by YASIN AKGUL/AFP via Getty Images)

“I got goosebumps and my colleague Ahmet cried,” Aksoy told reporters, per the outlet. The girl was identified as Ayda Gezgin, and her rescue — recorded by cellphone — is being widely shared. Upon being discovered, she reportedly smiled and asked for her mother. Her mother was one of the people killed in the quake, as reported by CBS News. (RELATED: Rescuers Weep With Joy As 2 Girls Pulled From Rubble)

A massive earthquake hit Greece and Turkey Friday, reportedly killing at least 104 people and injuring more than 1,000. The Turkish city suffered serious damage to 20 buildings, reported CNN. The United States Geological Survey measured the earthquake’s force at 7.0 magnitude, whereas Turkish authorities recorded it at 6.6, per the same CNN report.