The suspected gunman in an attack in Vienna on Monday was an Austrian man with dual citizenship who had previously attempted to join ISIS in Syria, numerous sources reported.

Kujtim Fejzulai, 20, was shot dead by police after the beginning of the attack that left four dead and 14 injured Monday evening, according to the Wall Street Journal. Fejzulai was sentenced to 22 months in prison in April 2019 after trying to join ISIS in Syria, but was released early in December, according to the Associated Press. He also had North Macedonian citizenship and was born to ethnic Albanians, the Journal reported.

The suspect was armed with an assault rifle, other handguns, and a machete, and opened fire on people who were outside before Austria would undergo a month-long coronavirus lockdown, according to the Journal. The shooting began near the city’s main synagogue.

“Yesterday’s attack was clearly an Islamist terror attack,” Chancellor Sebastian Kurz said, according to the AP. “It was an attack out of hatred — hatred for our fundamental values, hatred for our way of life, hatred for our democracy in which all people have equal rights and dignity.” 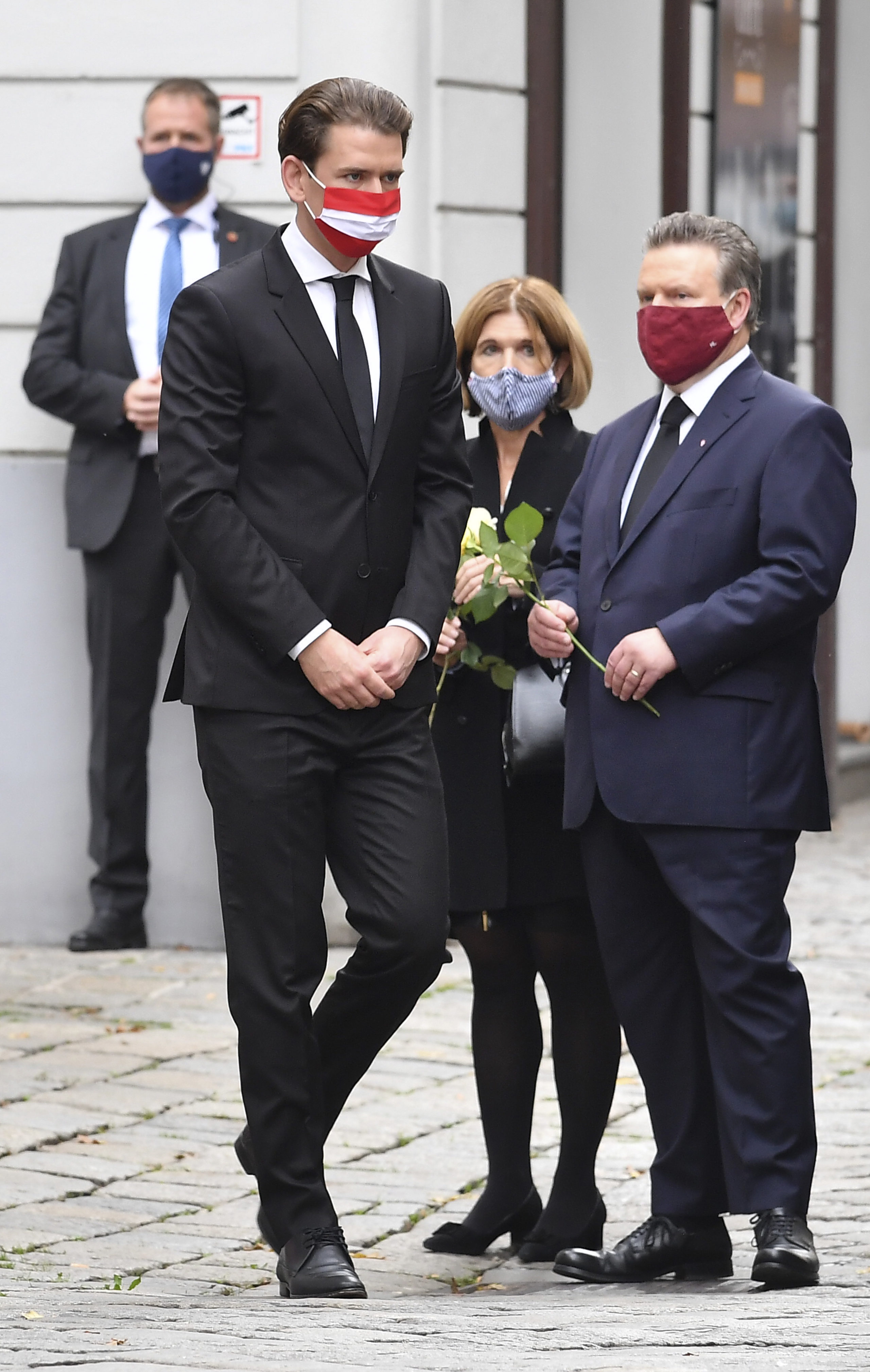 Austrian Chancellor Sebastian Kurz (L) and the mayor of Vienna Michael Ludwig (R) pay their respects to the victims of a shooting in Vienna on November 3, 2020, one day after the shooting at multiple locations across central Vienna. – (Photo by JOE KLAMAR/AFP via Getty Images)

Fejzulai’s lawyer in the 2019 terrorism-related case, Nikolaus Rast, reportedly said that his client had seemed “completely harmless” at the time, according to the AP. Rast also added that it appeared his client came from a “completely normal family” that “wasn’t strictly religious at all” or radical,” the AP reported.

“He was a young man who was searching for his place in society, who apparently went to the wrong mosque, ended up in the wrong circles,” Rast said. “I can’t say exactly what happened.”

The attack occurred roughly a week after a Tunisian migrant is alleged to have killed three people at a church in France, where multiple Islamist terror attacks have recently taken place. Among the attacks was the beheading of a teacher who was targeted after showing students caricatures of the Prophet Muhammad from the satire magazine Charlie Hebdo during a lesson on freedom of speech.

Austria has also experienced a spate of recent incidents targeting Christians. An elderly nun was allegedly attacked by an Afghan man Saturday in the Austrian town of Graz. (RELATED: Afghan Teen Arrested After Attacking Elderly Nun Amid Series Of Incidents Targeting Christians)

On Tuesday, shocked residents in #Vienna ???????? were coming to terms with a deadly shooting spree that left at least five dead, including a gunman.

Police said the dead gunman has previously served a sentence for trying to join the militant group in Syria.@Selina_Sykes reports ⤵️ pic.twitter.com/LeGo71o85j

Austrian Interior Minister Karl Nehammer said that Fejzulai was “without a doubt a disciple of the radical Islamist terror militia Islamic State,” according to the Journal.

Security services had been monitoring Fejzulai for posting extremist content on the internet before and after serving his terrorism sentence, an Austrian security official said, according to the Journal.

Authorities are still trying to determine whether other attackers were involved and are now on the run. Police have arrested several other people and searched more than a dozen homes and apartments in connection to the attack, Nehammer told the Austrian news agency APA, according to the AP. 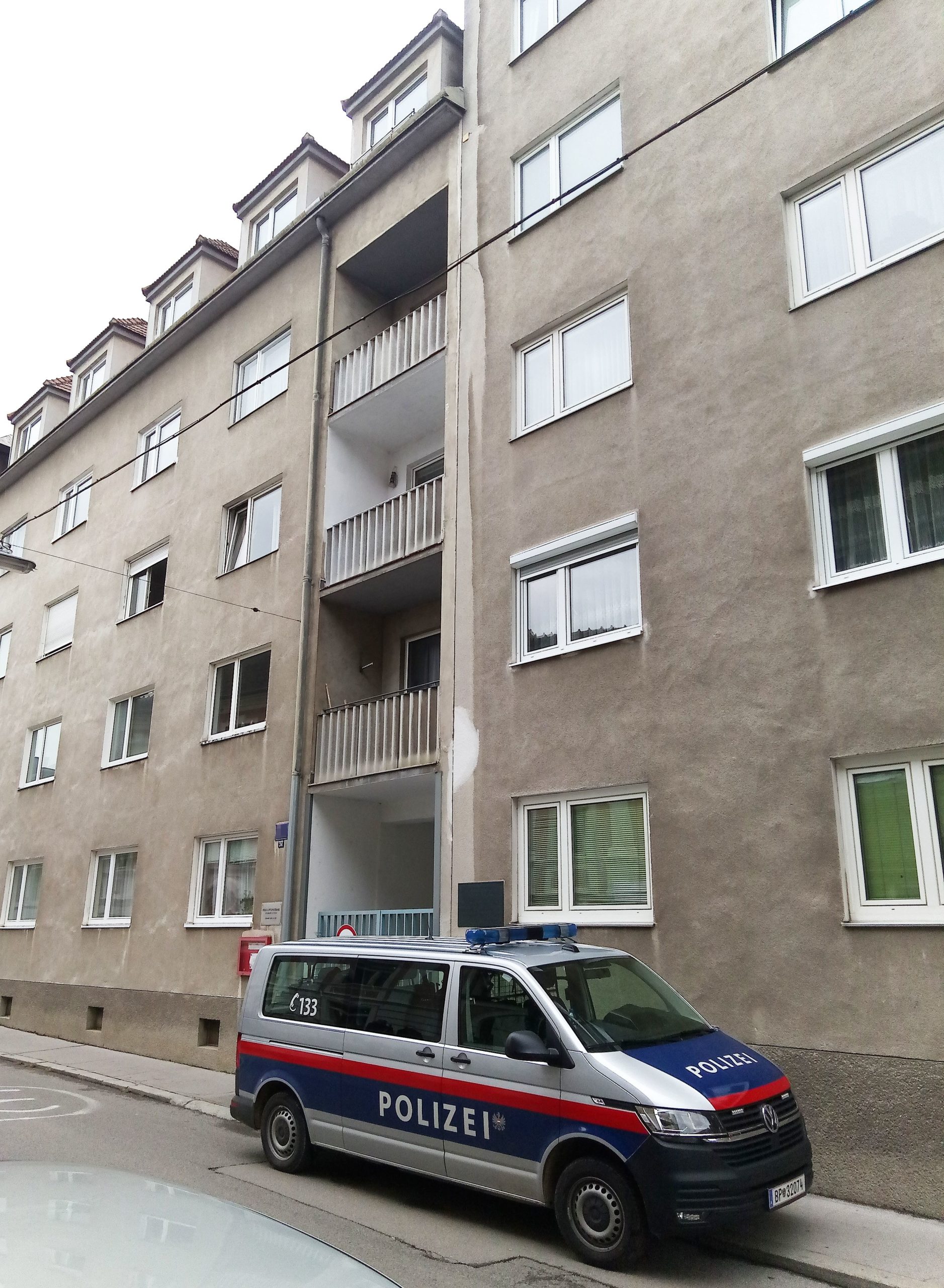 A police car stands in front of a residential building in Sankt Poelten, Austria, where raids were carried out on November 3, 2020 in connection with the Vienna shooting one day before. (Photo by MARTIN AUERNHEIMER/APA/AFP via Getty Images)

“We will unearth and chase down the perpetrators, those behind them and like-minded people and give them the punishment they deserve,” Kurz said, the AP reported. “We will pursue all those who have anything to do with this outrage by all available means.”