Californians voted in favor of Proposition 22, a ballot initiative that exempts app-based drivers from a state law, which classified them as employees, not freelancers, the Associated Press reported.

The Proposition was heavily funded by tech companies Uber, Lyft and Doordash who dumped hundreds of millions of dollars into the effort to pass it, according to The New York Times. The Associated Press declared the ballot measure passed early Wednesday morning.

“Millions of people voted for Prop 22 to redefine what independent work looks like for drivers,” Lyft said in a statement Wednesday. “Now that it has passed, we will be able to give drivers the new benefits they want and keep rideshare available for people around the state.” (RELATED: California’s Proposition 22 Is The Most Expensive Ballot Measure In State History. The Result Could Affect A Biden Presidency)

The proposition makes app-based drivers exempt from California’s Assembly Bill 5 (AB5) and classifies them as freelancers, according to Ballotpedia. AB5 went into effect in January, months after Democratic Gov. Gavin Newsom signed it into law in September 2019, CNBC reported. 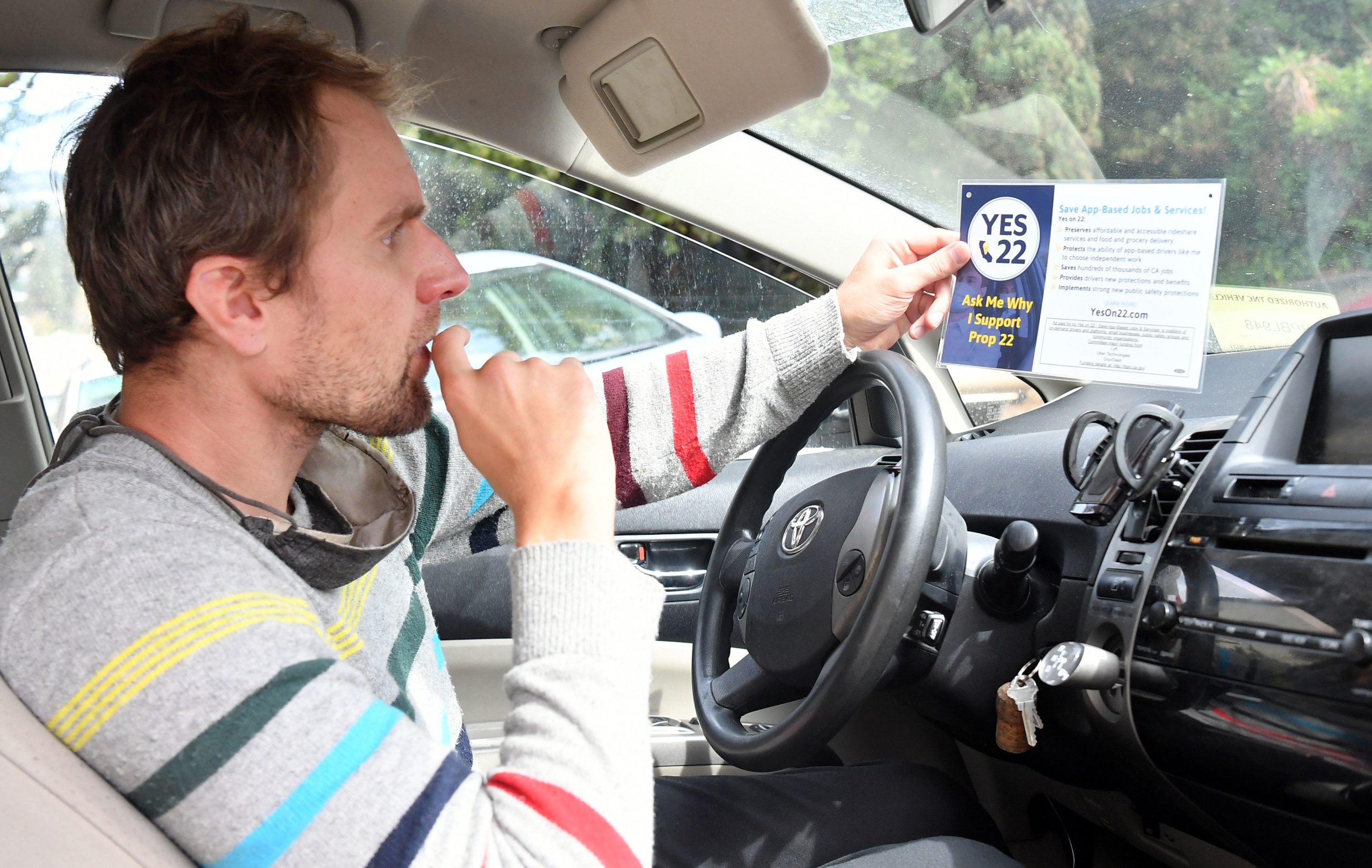 Uber driver Sergei Fyodorov discusses why he supports a yes vote on Proposition 22 in Oakland, California on Oct. 9, 2020. (Josh Edelson/AFP via Getty Images)

App-based companies joined forces to write and fund Proposition 22 immediately after Newsom signed AB5, according to The Los Angeles Times. Labor unions and organizations such as California Labor Federation, American Federation of Labor and Congress of Industrial Organizations and Service Employees International Union dropped more than $16 million into the effort to stop Prop 22, state filings showed.

“They are trying to buy their own law, so they can keep exploiting their workers for profit,” Mike Roth, spokesperson for No On Prop. 22, told the Daily Caller News Foundation.

AB5 was opposed by groups such as Freelancers Against AB5, a Facebook group with 19,000 members. They argued that the bill makes it harder for freelancers to find work and to collaborate with others.

“It’s a ruse that AB5 is meant to protect just the low wage worker,” the group’s founder Karen Anderson told the DCNF. “It’s not at all. It’s meant to control the entire independent workforce across the board.”

Groups like the Institute for the American Worker have published stories of freelancers who were harmed by the legislation.