Biden beat President Donald Trump in the state by only 0.6 points and just over 20,000 votes out of the over 3.2 million cast, according to the AP. Wisconsin has 10 votes in the electoral college.

Before the race was called Wednesday afternoon, the Trump campaign officially requested a recount in Wisconsin.

Wisconsin has long been a contested battleground, though it had voted Democratic in every election since 1988 until Trump narrowly flipped it in 2016.

Despite Trump’s victory in 2016, Democrats have made gains in the state throughout his first term. In the 2018 midterms, Democratic Gov. Tony Evers denied former GOP Gov. Scott Walker a third term, and in an April primary that took place amid the coronavirus pandemic, Democrats flipped the state’s Supreme Court.

Wisconsinites also view Biden more favorably than they did Hillary Clinton in 2016, polls show. While a statewide 2016 poll found that 54% of voters viewed Clinton unfavorably, a recent Marquette poll found that only 46% thought the same for Biden.

While Biden’s lead has held a single-digit lead in the state throughout the race, it has been remarkably consistent, polls show.

In August, days of protests and riots occurred across the state after the shooting of Jacob Blake in Kenosha, Wisconsin, prompting both Biden and Trump to visit the state multiple times and the governor to deploy the National Guard. Though Trump said Kenosha would be a snapshot of a Biden presidency, the former vice president’s lead did not narrow in the polls following that incident. 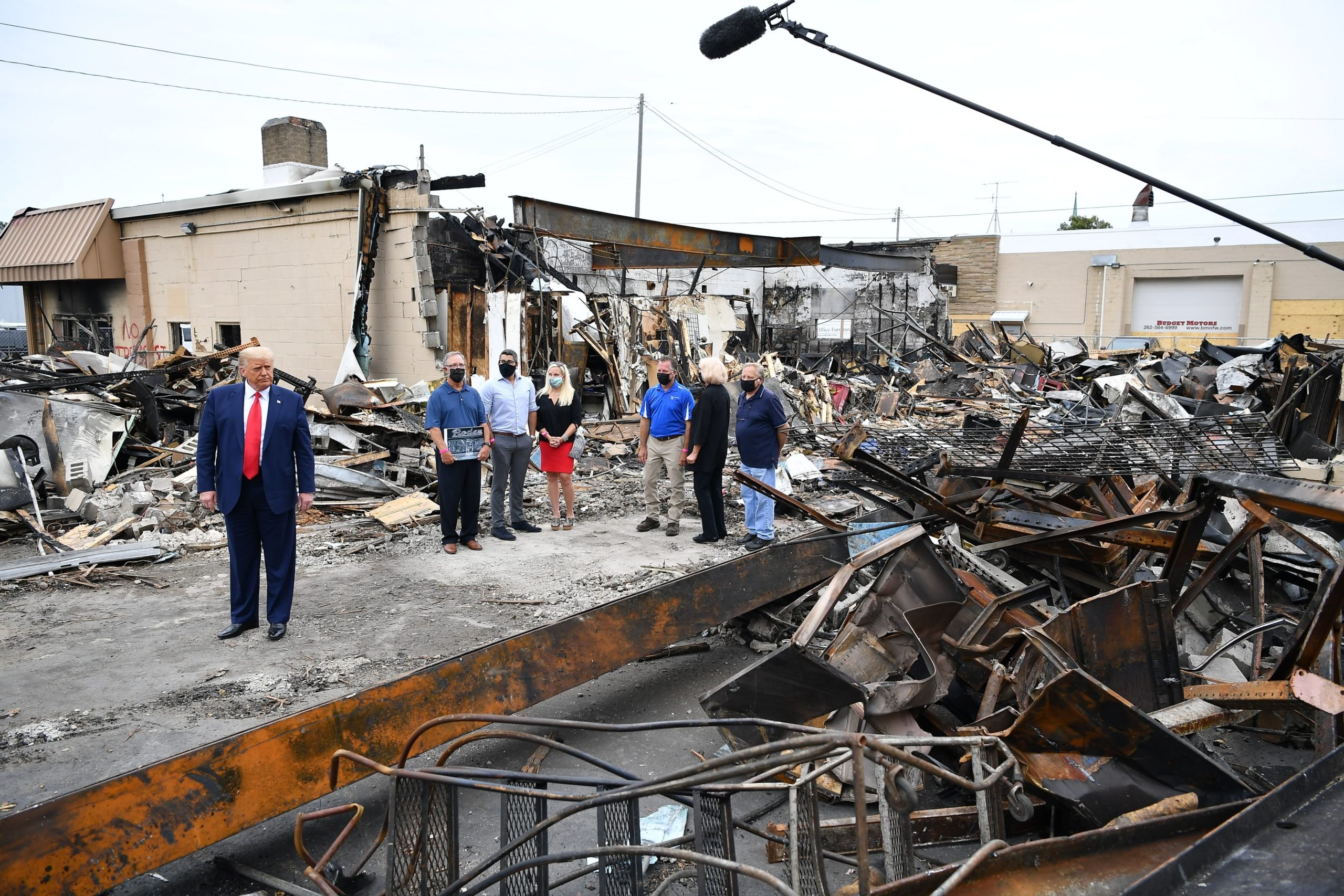 The state has also experienced record-high positive coronavirus cases in recent weeks, including a record 5,278 cases on Oct. 31, according to a Johns Hopkins University database. As cases in the state increased, Biden’s standing in the state did as well, Wisconsin’s polling shows.

The state is the first state in Democrats’ “Blue Wall” to officially return to their column. While Michigan and Pennsylvania, the other Rust Belt states which Trump flipped four years ago, have yet to be called due to the influx of absentee ballots, Biden holds a narrow lead in Michigan and trails Trump in Pennsylvania by approximately 500,000 votes. Ninety-four percent and 80% of the vote has been counted in each state, results show. (RELATED: Here’s Where Things Stand In Pennsylvania)

As of Wednesday afternoon, Michigan, Pennsylvania, North Carolina, Georgia, Arizona, Nevada and Alaska have yet to be called by the Associated Press. Biden currently leads in Michigan, Arizona and Nevada, and if he wins all three, he would have over 270 electoral votes.