Greg Gianforte, who had been Montana’s sole congressman, defeated Lt. Gov. Mike Cooney late Tuesday evening, according to The Associated Press. Gianforte is the first Republican to win a Montana gubernatorial race in 16 years, The Great Falls Tribune reported.

“I just want to say when I’m your next governor, we are going to adopt public policy to keep people safe – the vulnerable – and we’re going to rely on personal responsibility, not government mandates,” Gianforte said at an October campaign event, according to The Great Falls Tribune.

“We’re going to get government out of the way,” he added. 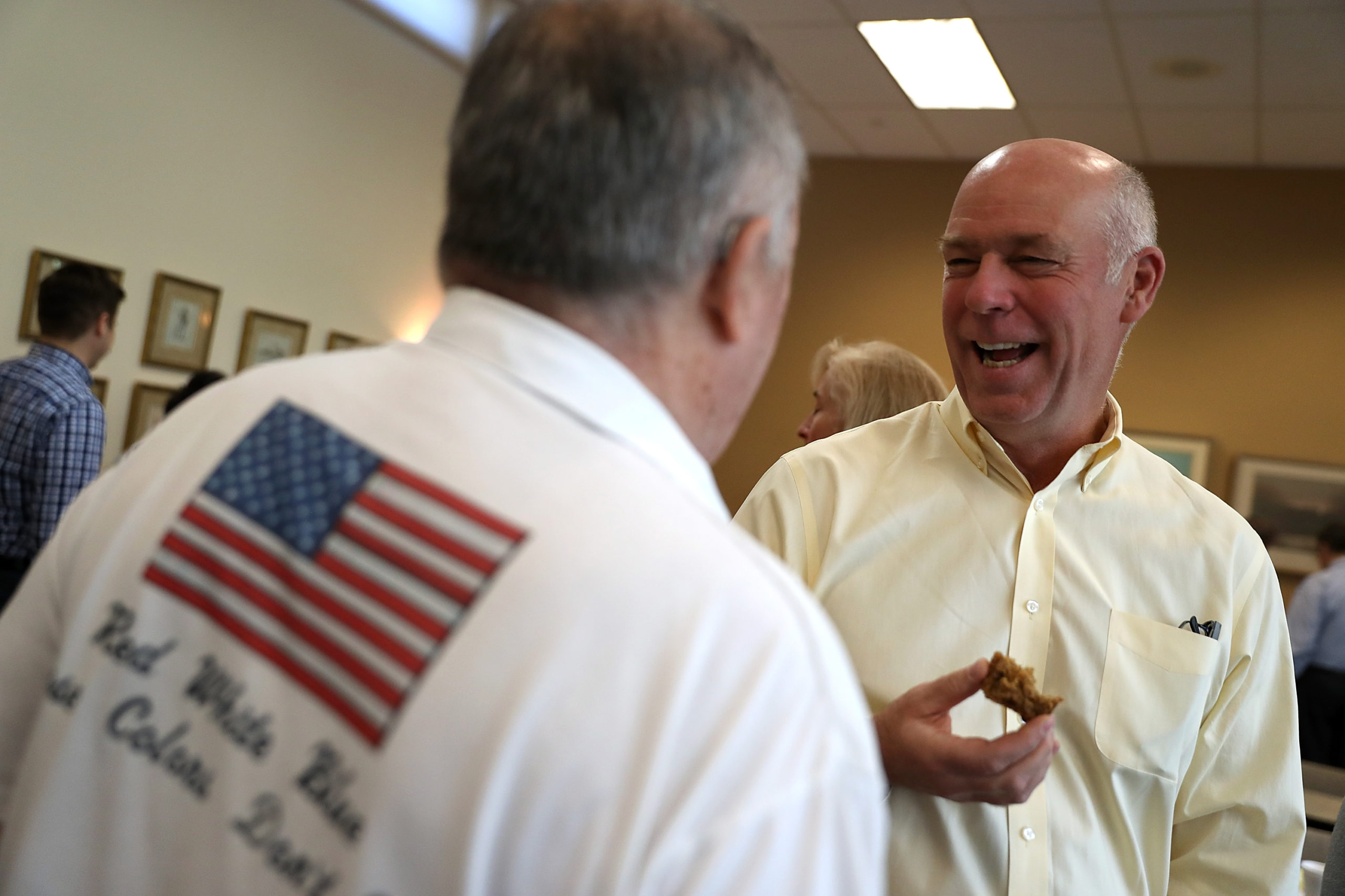 Republican Rep. Greg Gianforte talks with a supporter during a campaign meet and greet in 2017 in Missoula, Montana. (Justin Sullivan/Getty Images)

In the final weeks before Tuesday’s election, both Gianforte and Cooney avoided making the coronavirus pandemic a main concern, even as cases increased in Montana, according to NPR. New active case total hit a new all-time high in the state on Tuesday, The Billings Gazette reported.

“Throughout his career, Mike helped to create 46,000 Montana jobs, and thanks to his strong leadership alongside Gov. Bullock,” Ronja Abel, communications director for Cooney, said in a statement, according to The Great Falls Tribune.

Cook Political Report rated the race as a toss-up.

Democratic Gov. Steve Bullock was ineligible to run for re-election due to term limits, according to Ballotpedia. Bullock challenged incumbent Republican Sen. Steve Daines Tuesday for one of Montana’s Senate seats.

Gianforte, a former tech entrepreneur, was among the wealthiest congressmen, according to The New York Times. Gianforte made headlines in 2017 after he was charged for assaulting a Guardian reporter.