The Trump campaign filed suits in three states on Wednesday — Georgia, Michigan, and Pennsylvania — and is having conversations about potentially filing a similar suit in Arizona. All of the suits seek to halt mail-ballot counting until campaign operatives are granted some type of “meaningful access” to ballot counting locations and are allowed to review all previously opened and counted ballots to verify the tally. 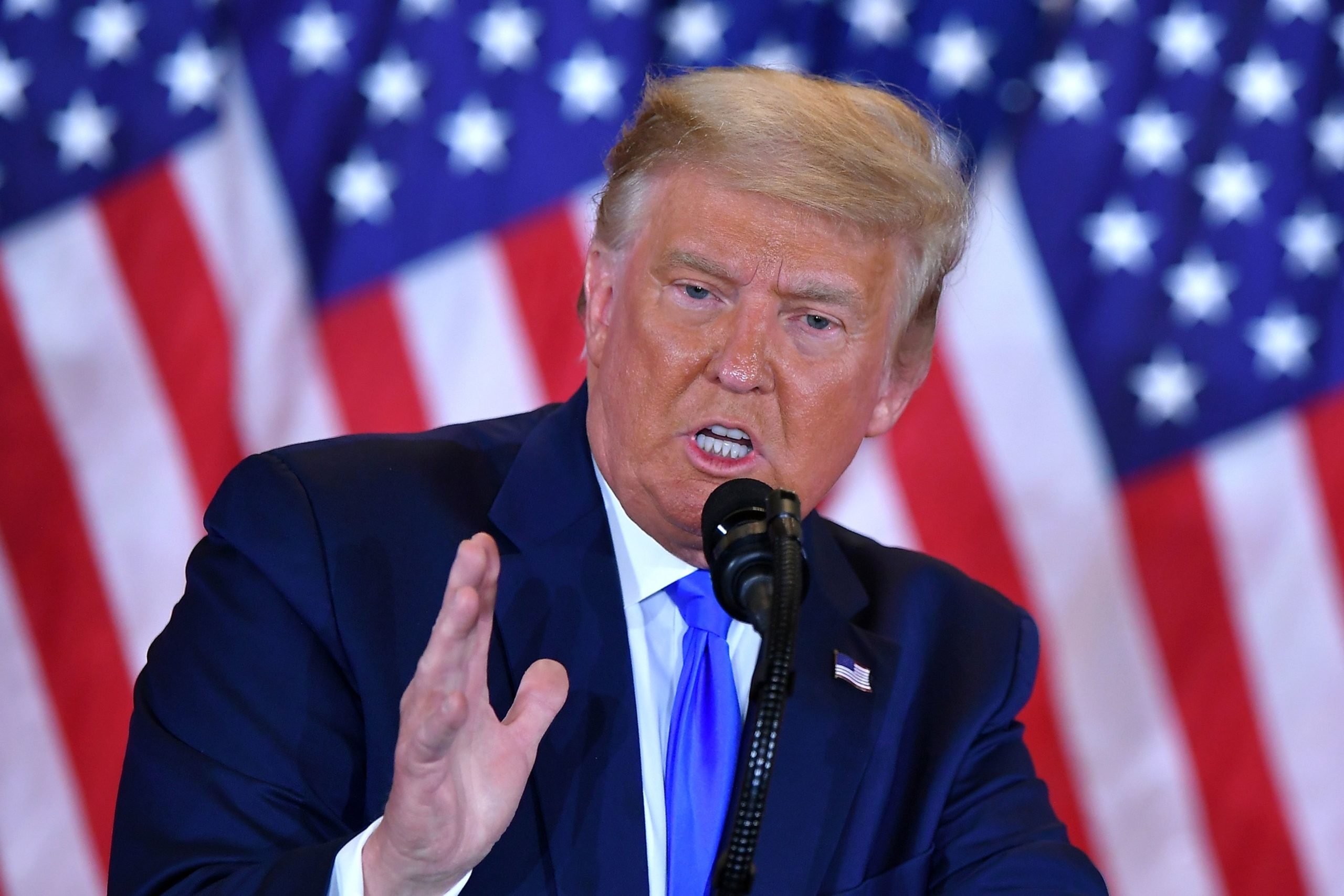 US President Donald Trump speaks during election night in the East Room of the White House in Washington, DC, early on November 4, 2020. (Photo by MANDEL NGAN/AFP via Getty Images)

The campaign also announced Thursday that they would be filing another lawsuit in Nevada alleging election board officials in Clark County are not allowing the campaign to verify the residency of voters.

Richard Grenell, Matt Schlapp, and other campaign officials held a press conference announcing the intent to file, but it is not clear if the suit itself has been filed.

NBC News’ Jacob Soboroff asked Grenell after the press conference to provide evidence of voter fraud, as alleged by the campaign, but Grenell declined and told him to instead ask the Clark County officials.

BREAKING: @jacobsoboroff demands evidence from Ric Grenell, Trump adviser and former acting director of national intelligence, to back up his assertions about votes in Nevada. pic.twitter.com/glaBjSHJk8

Three of the suits have since been resolved. The Georgia suit — which focused on Chatham County and looked to separate ballots received after the 7:00pm deadline on Election Day from the total — was dismissed Thursday after the witness cited by the Trump campaign admitted to not knowing if the ballots in question had in fact been received after the deadline, despite previously stating so.

The campaign filed a separate suit in Pennsylvania on Wednesday alleging that Democratic Secretary of State Kathy Boockvar violated election law by expanding the window in which voters must provide proper identification. (RELATED: Joe Biden Says ‘It’s Clear’ He’s On The Path To 270)

The state Republican parties in Nevada and Pennsylvania filed similar suits late Tuesday and Wednesday, respectively, although the Nevada Supreme Court rejected the initial offering from the GOP.

New: The Trump campaign + Nevada GOP filed an emergency motion asking the NV Supreme Court to halt the processing of some mail-in ballots in Clark County — they’re pursuing an appeal re: increasing observer access and the system used to check signatures https://t.co/OGA95wJLjG pic.twitter.com/crmWqgJhWS

Michigan was called for Biden by the Associated Press and numerous other media outlets on Wednesday afternoon, while the remaining aforementioned states are expected to deliver final results on Thursday and Friday. By the AP’s count, Biden only needs to win one more state to reach 270 electoral college votes.

Both the Trump campaign and the president himself, however, have claimed victory in all of the remaining states despite local officials not having called the races yet.

Biden, meanwhile, said in Wilmington, Delaware, on Wednesday that “it’s clear,” he will have surpassed 270 electoral college votes once the counting stops.

“I’m not here to declare that we have won,” he stated, taking a clear dig at Trump’s Wednesday morning speech at the White House. “I am here to report when the count is finished, we believe we will be the winners.”

Editor’s note: This piece was updated to reflect the changes in the Georgia, Michigan, Nevada, and Pennsylvania lawsuits.