Throughout this election, there were signs of the birth of a coalition of normal people unhappy with the radical turns our country has been taking. Regardless of how the presidential race turns out, the potential political realignment is unmistakable. Hispanic and blue-collar workers are shifting noticeably away from the overtures of the left-wing, “defund the police” crowd. I’m not sure who thought violence and looting in the streets of so many of our cities would have no political repercussions, but it did, and it brought regular Americans together in a way that bodes well for the future.

Our election year was dominated by antifa riots on one side and QAnon conspiracies on the other. Between actual Marxists lighting buildings on fire and huge swaths of America thinking our country is run by a secret pedophile ring, it was hard not to fear for our future. (RELATED: Marjorie Taylor Greene Wins Uncontested Race In Georgia) 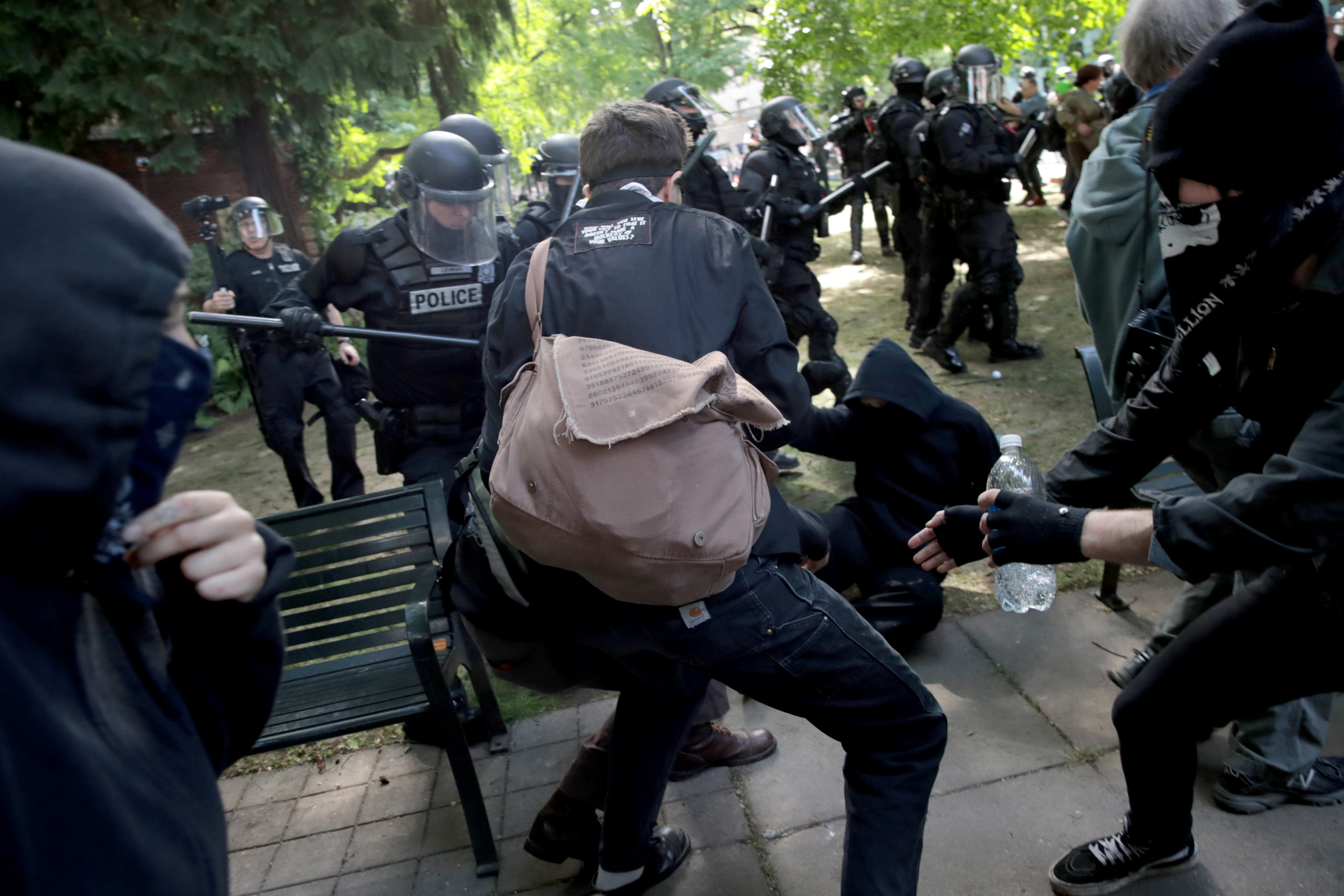 PORTLAND, OR – JUNE 04: Police clash with demonstrators as they try to clear ‘Antifa’ members and anti-Trump protesters from the area during a protest on June 4, 2017 in Portland, Oregon. (Photo by Scott Olson/Getty Images)

The hard left, with the backing of the corporate media and many in corporate America, made a serious effort to stoke American racial division. Since the sin of slavery centuries ago, the issue of race has cut against all that America is supposed to stand for. Civil rights leaders such as Martin Luther King Jr. fought hard to put those issues behind us and asked us to look at each person’s character rather than what color skin they happened to be born with. That very premise — a cornerstone of liberal American thinking — was under attack this year. The overwhelming defeat of that attack has been the best part of this whole election. (RELATED: ‘Non-Scalable’ Fence To Be Built Around White House Amid Election Fears)

Instead of driving up racial divisions, the radical left seems to have driven at least some racial healing. At a bare minimum, our politics are now slightly — and sometimes more than slightly — less divided on purely racial grounds. That’s as big of a win as we could have hoped for, especially considering where we find ourselves these days.

The most dramatic shift happened in the state of Florida, where the Hispanic population consists of a large number of Cubans and Venezuelans. Despite the rise in socialist popularity among our youth, those with the most direct personal experience with left-wing government came out hard against it. Hillary Clinton won the Hispanic vote in Florida by 27 points in 2016. This time, President Donald Trump drew to a near tie. Results in other states were less dramatic, but even in Georgia and Ohio, Trump performed around 15 points better against Joe Biden than he did against Hillary. According to CNN’s exit polling, Trump also picked up about 4 points among African Americans nationally over his performance in 2016.

These are large gains, and they are more noteworthy considering the months of racial division our country has just been through. What’s driving the change? The two most obvious answers are criminal justice and economic concerns. Voters of all stripes trusted Trump more on the economy and crime. Despite the left’s attempts to make absolutely everything about race, it turns out that kitchen-table issues are still important to minority communities.

Americans have for too long voted largely along racial lines. If those trends had continued, based on our country’s demographics alone, the Republican party would have become a permanent minority party. That was the Democrats’ hope for converting states such as Florida and Texas.

It seems like we may instead be shifting to more voting by economic interests. Those at the lower end of our wage scale have felt stuck in neutral (or reverse), while top-income Americans have benefited from international trade, automation and the information technology age. During the Trump years, for the first time in a long time, lower-income workers saw larger wage gains than middle- or higher-income workers. Voters seem to know that. That’s what the results show, anyway.

All this presents a huge opportunity for the Republican Party. If Republicans can capture more hardworking Americans of all races, our politics will be forever changed. On the flip side, if Republicans don’t pull off that sort of realignment, they are doomed to fail in a demographically changing country. A Republican party focused on moving beyond harmful racial divisions and improving the plight of working Americans seems possible based on the results we are seeing. 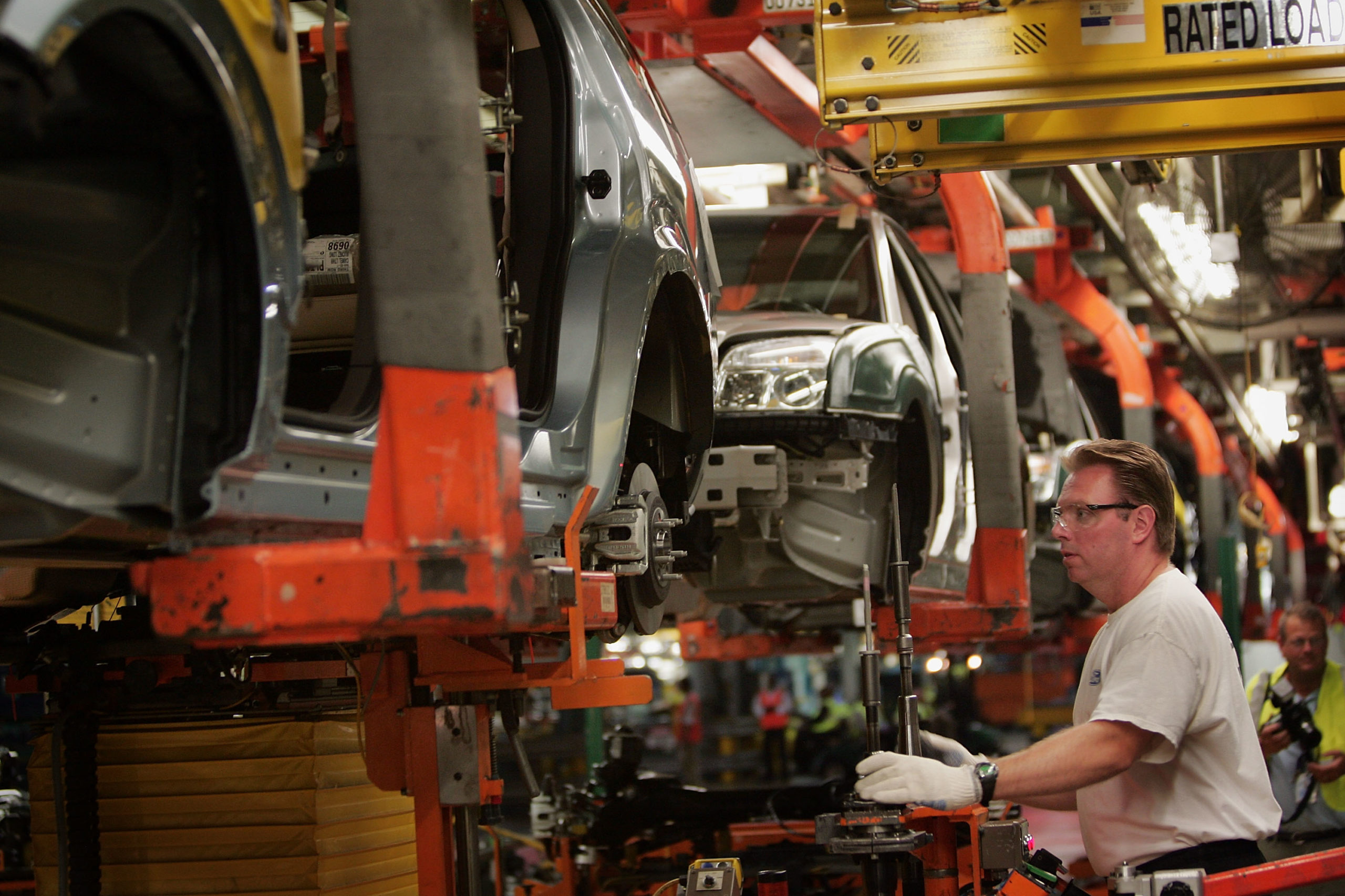 Figuring out how to share prosperity more widely without harming prosperity in the process is a real challenge. Too many Americans have felt left behind in an increasingly global and automated economy. It’s not easy to come up with fixes for that, but to date, our political leaders haven’t really tried. They’re closely attuned to the needs of the huge businesses that dominate Washington. Those businesses have flourished these past few decades. In the process, we have seen that what’s good for big business — especially huge, multinational businesses with overseas growth goals — is not always what’s good for America.

Many politicians still don’t even recognize the issue. They decry populism and the ugliness that can come with it without looking at its root causes. Others, who do see what’s really happening in our country, have chosen the easy way out by demagoguing these issues with superficial, politically popular fixes rather than real solutions. We need a third option: smart politicians who are committed to finding real solutions to restore the American dream for the many who feel it slipping away.

We have a country worth fixing. Addressing these issues should be the primary focus going forward. If the Republicans do that, then they could be home to a broader, more enduring, working-class majority of regular Americans of all races. The left fears this more than anything else. On the flip side, if we continue to ignore this dynamic, the result will probably be a continued surge in socialist popularity among young Americans, as we have seen these past few years.

Just ask the Cubans how that turns out.