President Donald Trump’s attorney Rudy Giuliani called upon a man who is reportedly a convicted sex offender to speak at a press conference about alleged voter fraud in Philadelphia, per numerous sources.

Daryl Brooks appeared as a witness to alleged voter fraud at the Four Seasons Total Landscaping press conference on Saturday, where he said he served as a GOP poll watcher, according to the Daily Beast. Brooks has reportedly run for various public offices throughout the years. 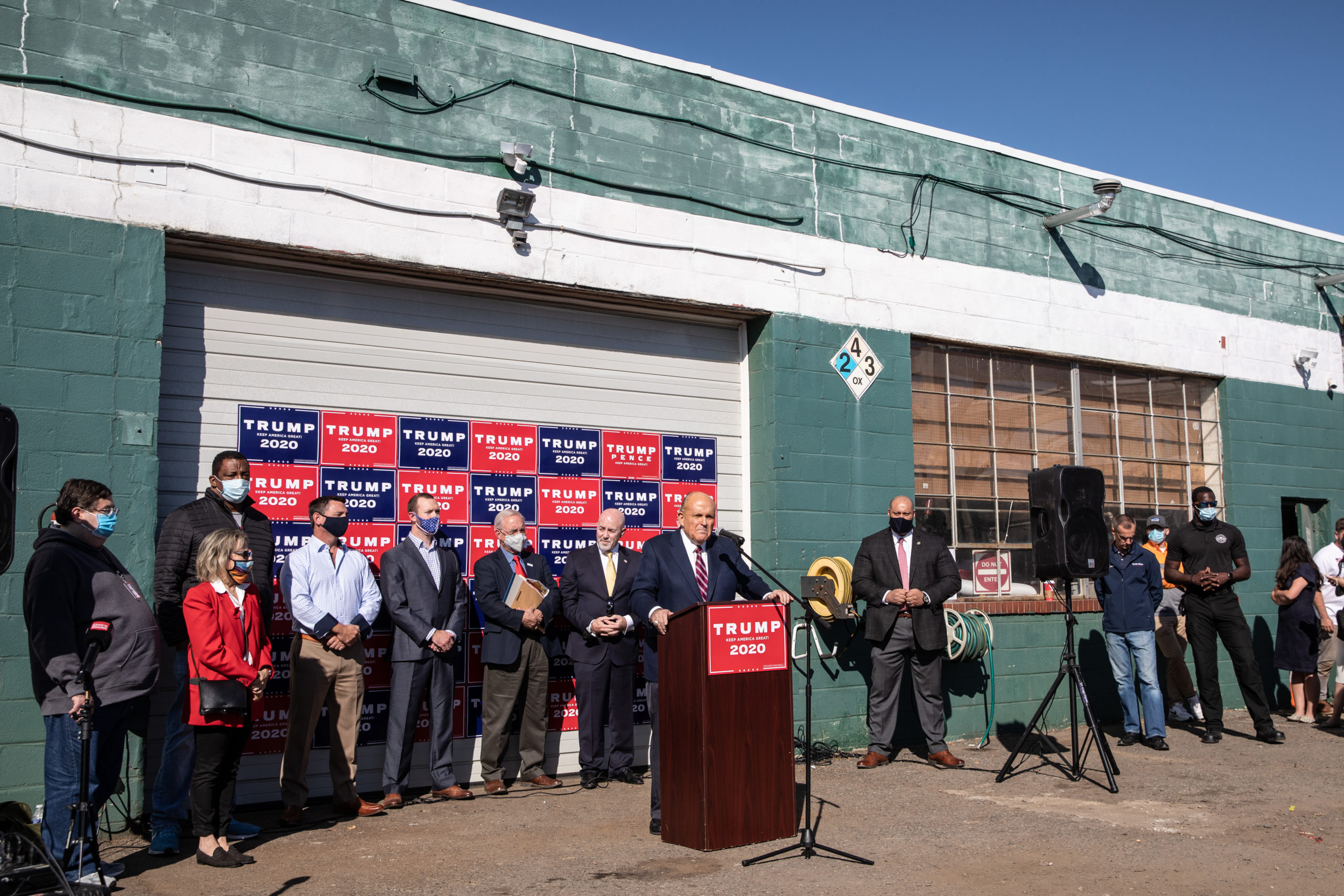 PHILADELPHIA, PENNSYLVANIA – NOV. 07: Attorney for the President, Rudy Giuliani speaks to the media at a press conference held in the back parking lot of landscaping company on Nov. 7, 2020 in Philadelphia, Pennsylvania. (Photo by Chris McGrath/Getty Images)

“It’s such a shame. This is a democracy,” Brooks said at the conference. “They did not allow us to see anything. Was it corrupt or not? But give us an opportunity as poll watchers to view all the documents—all of the ballots.” (RELATED: ‘Hit The Road, Don’: Ana Navarro Couldn’t Stop Laughing At Giuliani’s Press Conference Near Adult Bookstore)

“The election was stolen as soon as Trump was elected president; they were plotting, the plan was in the mix,” Brooks added.

Brooks, 52, reportedly served three years and eight months in prison in 1998 after being convicted on multiple charges of lewdness, sexual assault and endangering the welfare of a minor, per the Daily Beast. He allegedly exposed himself in front of two girls who were ages 7 and 11, according to the same report.

Brooks has denied the charges of which he was convicted, alleging that the minor victims were the children of neighborhood drug dealers he had targeted throughout his anti-drug activism, according to Politico, and that the police set him up.

“I went to prison for three-and-a-half years. That’s what they said I was did. I was 25-years-old,” Brooks said, Politico reported. “I was an activist always doing the right thing. They lied on me. The cops set me up.”

Brooks reportedly said he didn’t know whether Giuliani knew about his past conviction. “I’m not sure, but all he asked — he was asking about the truth. I told him the truth and the other ones told him the truth,” Brooks told Politico.

Brooks ran for multiple offices — twice for Congress and the U.S. Senate, among other campaigns — with the “Poor People’s Campaign” as his slogan during the Senate race, according to the Daily Beast. While running for Senate, Brooks was imprisoned for not paying $70,000 in child support payment to three women, according to NJ.com. The New Jersey Globe published a “political primer” on his various bids for office.

He also worked for a third-party, pro-Hillary Clinton group in 2016, he told Politico.

“I started watching it and all of a sudden I was like, ‘there’s New Jersey’s perennial candidate claiming to live in Philadelphia and Giuliani claiming him to be a poll watcher and Philadelphia resident,'” Trenton Mayor Reed Gusciora told Politico.

Democratic New Jersey Rep. Bonnie Watson Coleman’s chief of staff James Gee also claims he recognized Brooks, telling Politico he knows him and that “it’s so fitting he would be there.” Gee added that he believed Brooks was hired for Clinton’s campaign.

“People don’t pay attention to who they hire. They’re just trying to get bodies, particularly if it’s a white organizer. And this time apparently, I guess he was on the Republican side of the watchers.”