European Union regulators filed antitrust charges against Amazon Tuesday for allegedly using its internal, non-public data to gain an unfair advantage over merchants who sell products on the company’s marketplace.

The European Union’s (EU) Executive Commission filed the charges Tuesday, which represent the culmination of an investigation into Amazon opened in July 2019, according to a press release. In addition to the antitrust charges, the commission announced it will begin a second investigation into Amazon’s implementation of rules that may artificially favor its own products.

“Both investigations into Amazon’s business practices focus on competition concerns that are crucial in today’s platform economy where more and more businesses depend on dominant platforms, and where more and more consumers use these platforms’ services,” EU Commission Executive Vice President Margrethe Vestager said in a statement.

“It is the role of competition law enforcement to keep these markets open and to ensure undistorted competition,” Vestager said. (RELATED: REPORT — Justice Department To File Antitrust Lawsuit Against Google) 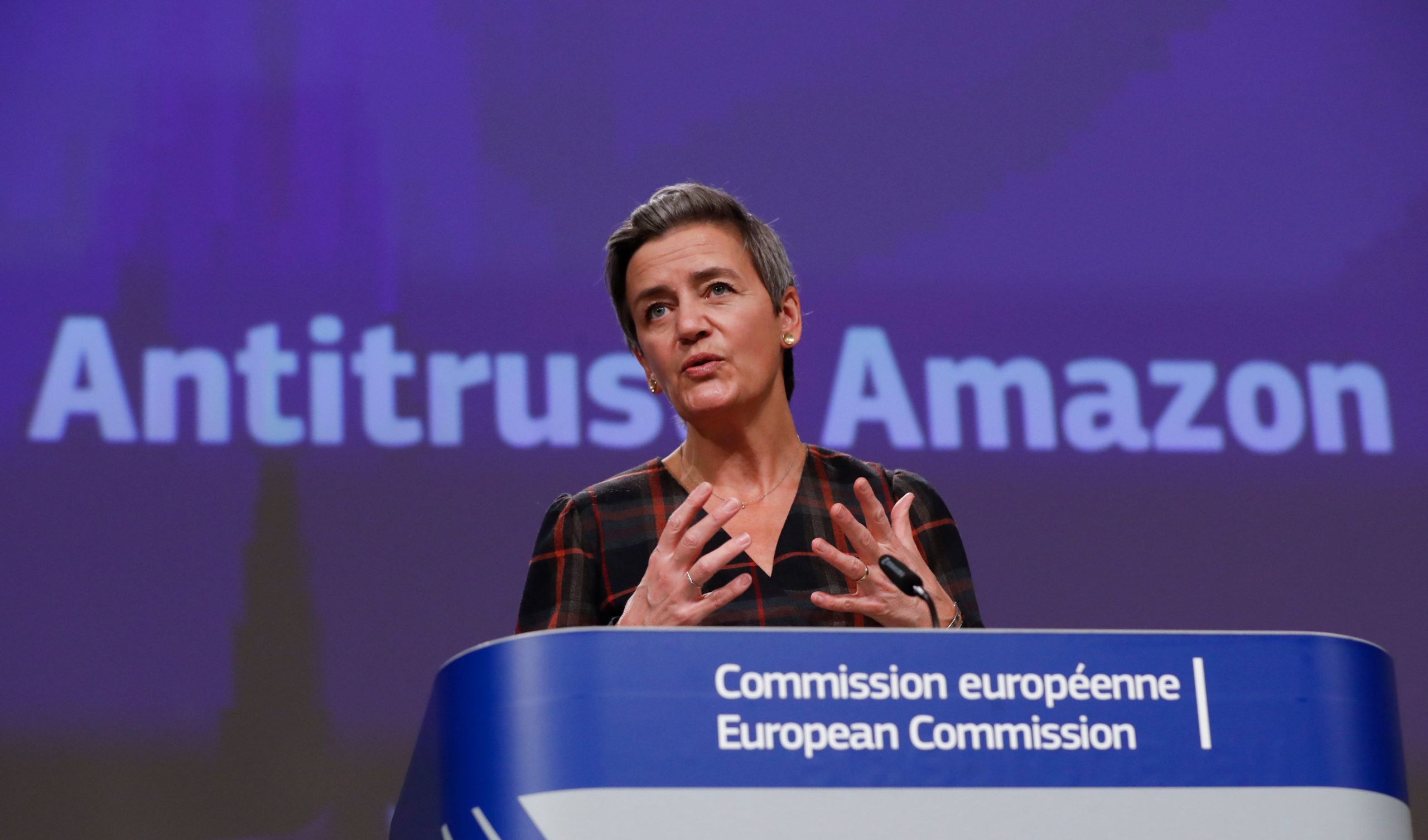 The commission alleged that Amazon, which has both a role to provide an e-commerce marketplace and a role to sell its own products, uses information it obtains about third-party sellers to bolster its own products, according to Tuesday’s press release. Such information includes third-party sellers’ number of ordered and shipped units of products, revenues and number of visits to sellers’ offers.

Amazon uses its non-public data to avoid the “normal risks of retail competition,” the press release said. The American e-commerce giant specifically leverages this practice in France and Germany, Amazon’s two largest markets in the EU, the commission alleged.

“Data on the activity of third party sellers should not be used to the benefit of Amazon when it acts as a competitor to these sellers,” Vestager said. “The conditions of competition on the Amazon platform must also be fair. Its rules should not artificially favor Amazon’s own retail offers.”

Vestager added that the EU is not concerned with the size of Amazon, but its “very specific business conduct.” (RELATED: Apple Developing Search Engine As Google Comes Under Antitrust Scrutiny: Report)

The second investigation is into Amazon’s “buy box” feature, according to the press release. This investigation will also look into, which retailers receive the “Amazon Prime” label.

The “buy box” feature enables Amazon users to either buy a product immediately or add it to their shopping cart, according to RepricerExpress. However, Amazon chooses which retailer gets to sell the product, since the user doesn’t have a choice when using the feature.

“We will look into the potential effects of the rules set by Amazon for the Buy Box and for the Prime program,” Vestager said. “We want to make sure that the sellers that do not use Amazon’s logistics and delivery services also have a chance to compete on the merits on Amazon’s platform.”

Vestager has led the EU’s charge against Google, which it has hit with about $10 billion in fines, according to The Associated Press. The EU is also investigating Apple for antitrust violations.