Senate Majority Leader Mitch McConnell and Senate Minority Leader Chuck Schumer were both reelected Tuesday to lead their caucuses for another term.

The two parties held leadership elections Tuesday. McConnell will continue to serve as the longest-serving Republican leader in the Senate. This will be Schumer’s third term as the Democratic leader in the Senate, Politico reported. Although the two know they will lead their party, they do not know who will be in majority, as there are two runoff Senate races in Georgia which will decide who holds the majority. 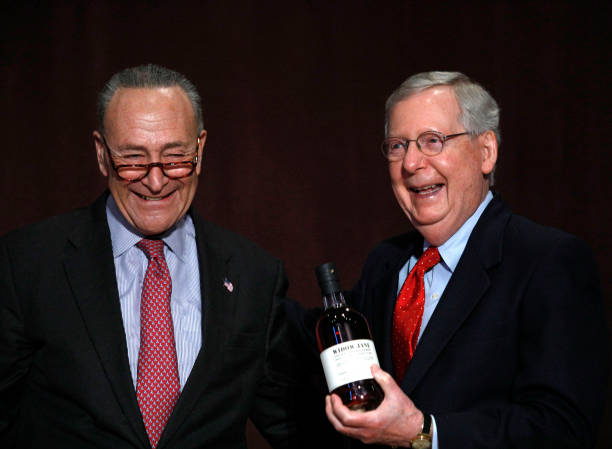 Republican Georgia Sens. Kelly Loeffler and David Perdue will face a runoff election in January. Loeffler will face Democratic challenger Raphael Warnock, in her runoff while Perdue faces a rematch against his Democratic challenger, Jon Ossoff. The two Senate races are predicted to be the most expensive races in U.S. Senate history. (RELATED: Georgia Senators Loeffler, Perdue Release Joint Statement Calling On GA Secretary Of State To Resign)

During the elections, Florida Republican Sen. Rick Scott was elected to lead the National Republican Senatorial Committee (NRSC). Republican Indiana Sen. Todd Young was the last leader of the NRSC. (RELATED: ‘Every Legal Vote Should Be Counted’ — Mitch McConnell Weighs In On Election Results)

Asked whether the vote to re-elect Schumer was unanimous and free of any defections, a Democratic source would only say to the Daily Caller: “the full leadership team was elected by acclamation.”