Secretary of State Mike Pompeo gave a series of confusing statements Tuesday when asked a question about coordinating National Security efforts with President-elect Joe Biden’s transition team, answering simply that “there will be a smooth transition to a second Trump administration.”

“There will be a smooth transition to a second Trump administration,” Pompeo, speaking to reporters at a State Department press conference, stated. “We’re ready. The world is watching what’s taking place here. We’re going to count all the votes. When the process is complete, there will be electors selected.” 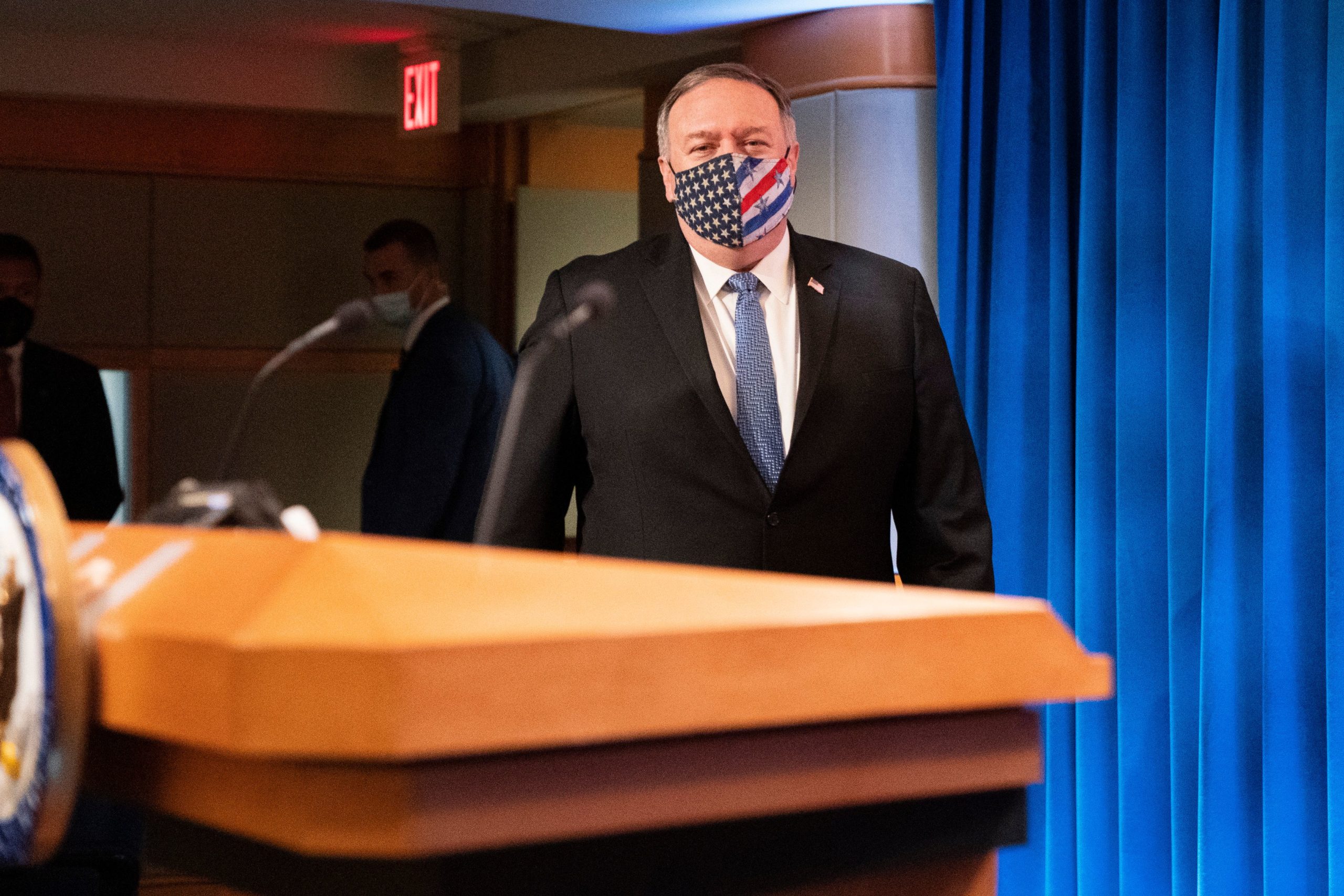 US Secretary of State Mike Pompeo arrives for a media briefing, on November 10, 2020 (Photo by JACQUELYN MARTIN/POOL/AFP via Getty Images)

“The world should have every confidence that transition necessary, to make sure the State Department is functional today, successful today, and successful with the president who is in office on January 20, a minute after noon, will also be successful.” he continued. “I’ve been on the other side of this. I’m very confident we will do everything — we will do all the things necessary to make sure the government, the United States government will continue to perform its National Security function as we go forward.” (RELATED: AP, Fox News Declare Joe Biden President-Elect — Trump Vows To Take Results To Court On Monday)

Pompeo then dodged a follow-up question on whether he believes there was widespread voter fraud in the 2020 election, as alleged by President Donald Trump’s campaign.

“I’m the Secretary of State,” he said flatly. “I’m getting calls from all across the world. These people are watching our election. They understand that we have a legal process. They understand that this takes time. It took us 37 plus days in an election back in 2000, conducted a successful transition then. I am very confident that we will, and we must, count every legal vote.”

.@SecPompeo: “There will be a smooth transition to a second Trump administration.”

Pompeo’s comments come as news reports indicate that senior Trump administration officials are both refusing to recognize the election results or cooperate with the Biden transition team.