All 15 pro-democracy Hong Kong lawmakers announced Wednesday they would resign after four were kicked out of the territory’s legislature.

The lawmakers will officially submit resignation papers Thursday, they announced during a press conference, according to the Associated Press (AP).

Four legislators, Alvin Yeung, Dennis Kwok, Kwok Ka-ki and Kenneth Leung, were ousted after China’s National People’s Congress Standing Committee passed a resolution this week calling for any lawmaker that expresses support for Hong Kong independence, refuses to recognize China’s hegemony over the territory or asks external entities to interfere in the territory’s affairs to be expelled, per the AP. 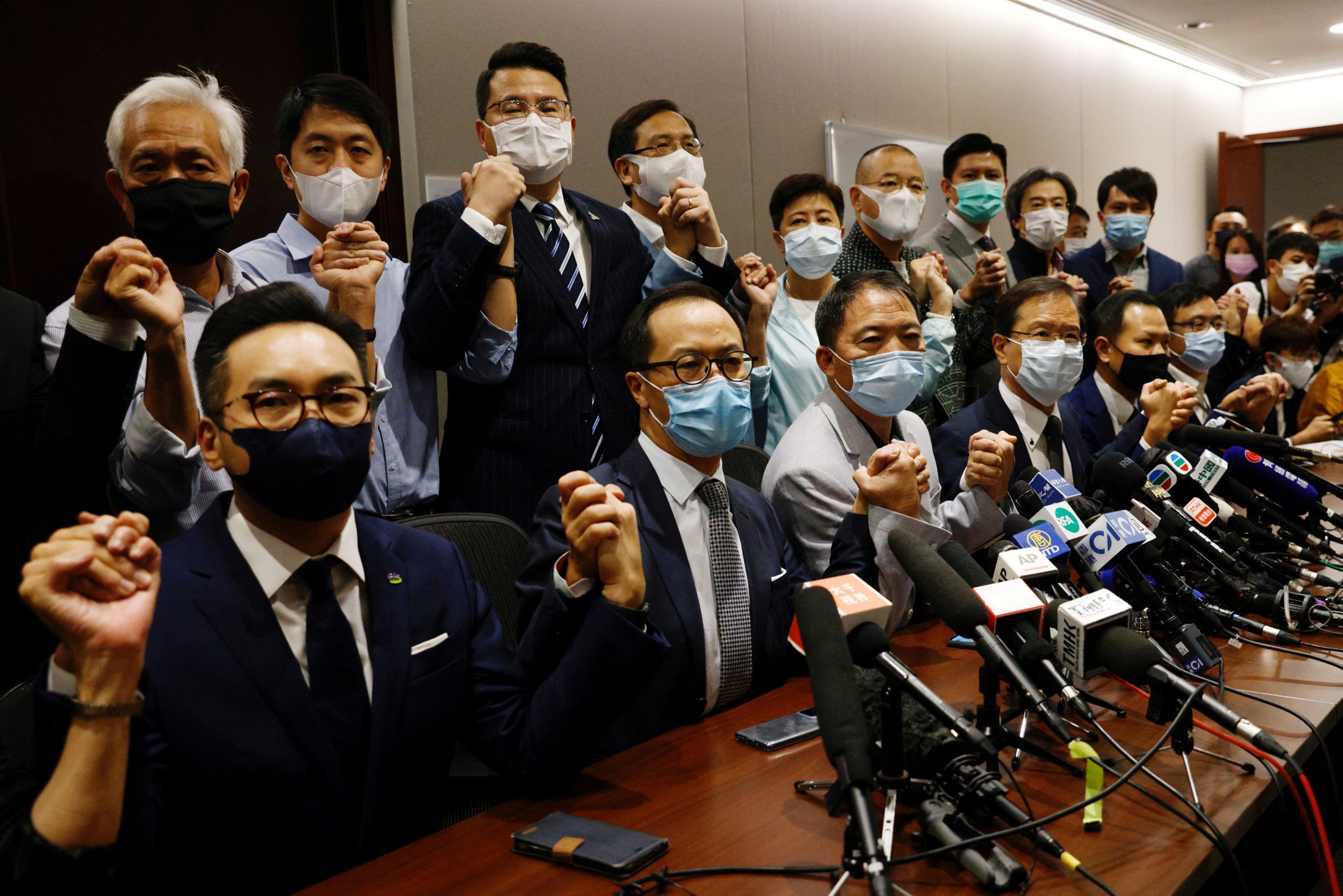 “Hong Kong add oil! Together we stand!” the lawmakers chanted during the press conference, per the AP. The phrase “add oil” is an expression of encouragement, per the report.

The departure will leave Hong Kong’s legislature with only pro-Beijing lawmakers, who had already made up the majority. However, the legislature will now face no opposition if they choose to pass bills in favor of Beijing.

Kwok, one of the disqualified lawmakers, said Hong Kong Chief Executive Carrie Lam “sought to turn the Legislative Council into a one party system,” according to CNN.

“It is ridiculous that the government has completely given up the Basic Law and ‘One Country Two Systems,'” he said. “The Legislative Council has the responsibility to check the government.” (RELATED: American-Born Hong Kong Democracy Activist Denied Protection From US Consulate)

“My mission as a legislator to fight for democracy and freedom cannot continue but I would certainly go along if Hong Kong people continue to fight for the core values of Hong Kong,” ousted lawmaker Ka-ki said, according to Reuters.

“This is an actual act by Beijing… to sound the death knell of Hong Kong’s democracy fight because they would think that, from now on, anyone they found to be politically incorrect or unpatriotic or are simply not likable to look at, they could just oust you using any means,” lawmaker Claudia Mo said, per the AP.

Hong Kong’s Beijing-backed leader, Carrie Lam, said diverse opinion is welcomed in the legislature, but the law needs to be applied, per Reuters.

The mass resignation comes months after China enacted a national security law that stifles pro-democracy thought and reports rebellious acts, including secession and working with foreign powers, to Chinese authorities. The law also allows the Chinese government to interpret the law, not Hong Kong city courts.