As Americans honor the sacrifices of those who served the country on Veteran’s Day, a retired Army chaplain is helping lead the effort to reach military service members through Scripture amid the struggles and mental health challenges that many veterans face.

Gordon Groseclose served as an army chaplain for more than three decades, exposing service members to Scripture that he says can assure soldiers they “are in the image of God” and have immense purpose, even while experiencing bouts of loneliness or suffering. 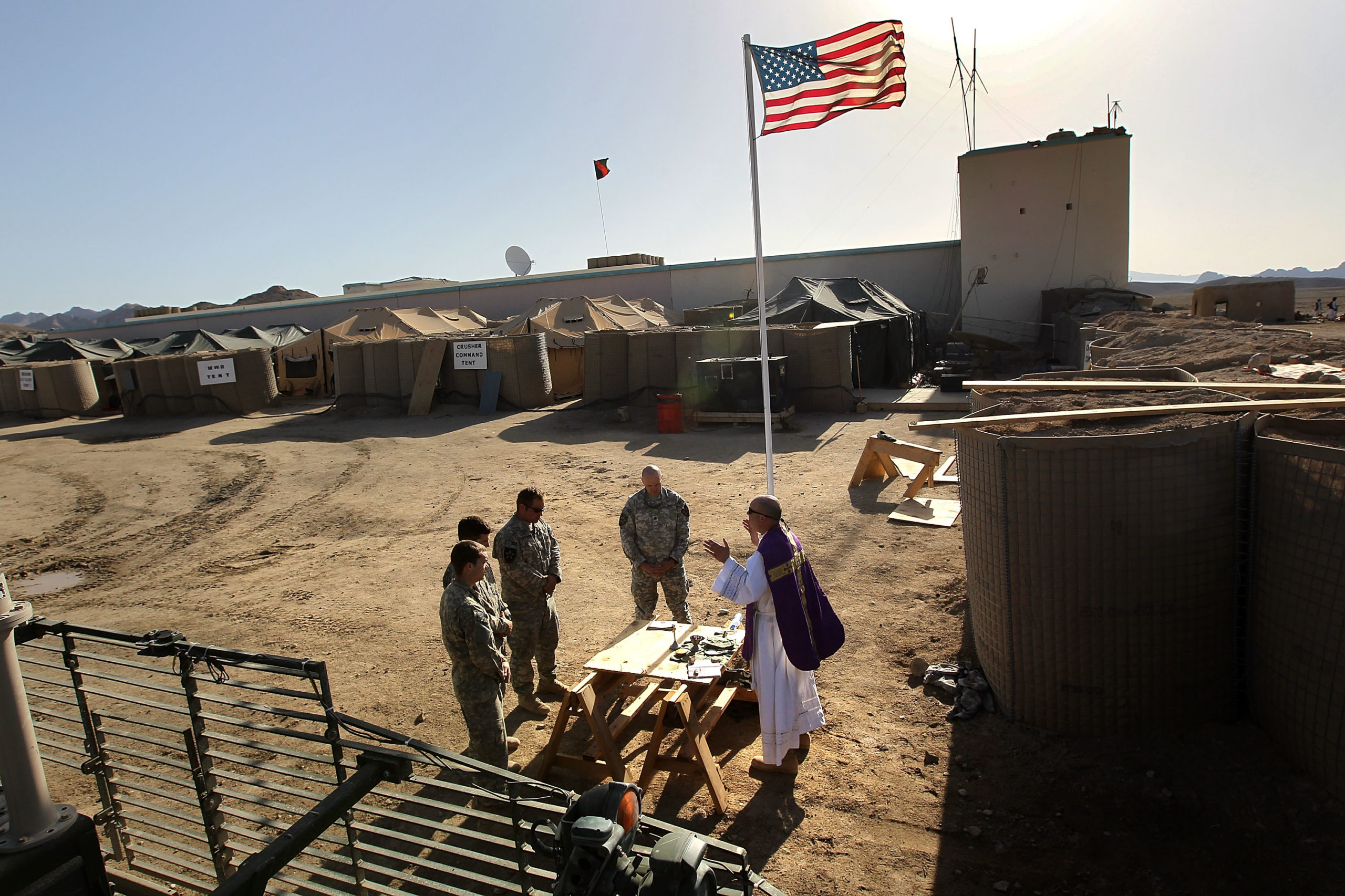 The American Bible Society (ABS), which Groseclose works with through the Armed Services Ministry, is trying to engage 500,000 military members and veterans with the Bible as part of the Military Bible Challenge Operation 500 throughout 2021. ABS provided Scripture resources and Bibles to service members “in a language that they understand,” Groseclose told the Daily Caller.

“It’s a 75-day, Bible reading plan with 20 minutes a day, to help introduce them to God and the Bible, who created them, and help them understand that God has a purpose for their life. They have meaning and are deeply loved,” Groseclose said. (RELATED: OPINION: Helping Veterans Through The Taboo Of PTSD)

The Scripture readings, he explained, speak to many soldiers and veterans because of their experiences with pain and trauma. More than a quarter of active duty and reserve military personnel deployed in Iraq and Afghanistan, for example, have a mental health condition that requires treatment, according to the National Council for Behavioral Health (NCBH). Many of them experience post-traumatic stress disorder (PTSD) and major depression.

The Veterans Administration reports that approximately 22 veterans die by suicide every day, according to the NCBH.

While military life already comes with numerous challenges, many veterans may be experiencing a heightened sense of loneliness during the pandemic. Groseclose said that God can fill the gap for many who are seeking comfort and perspective. 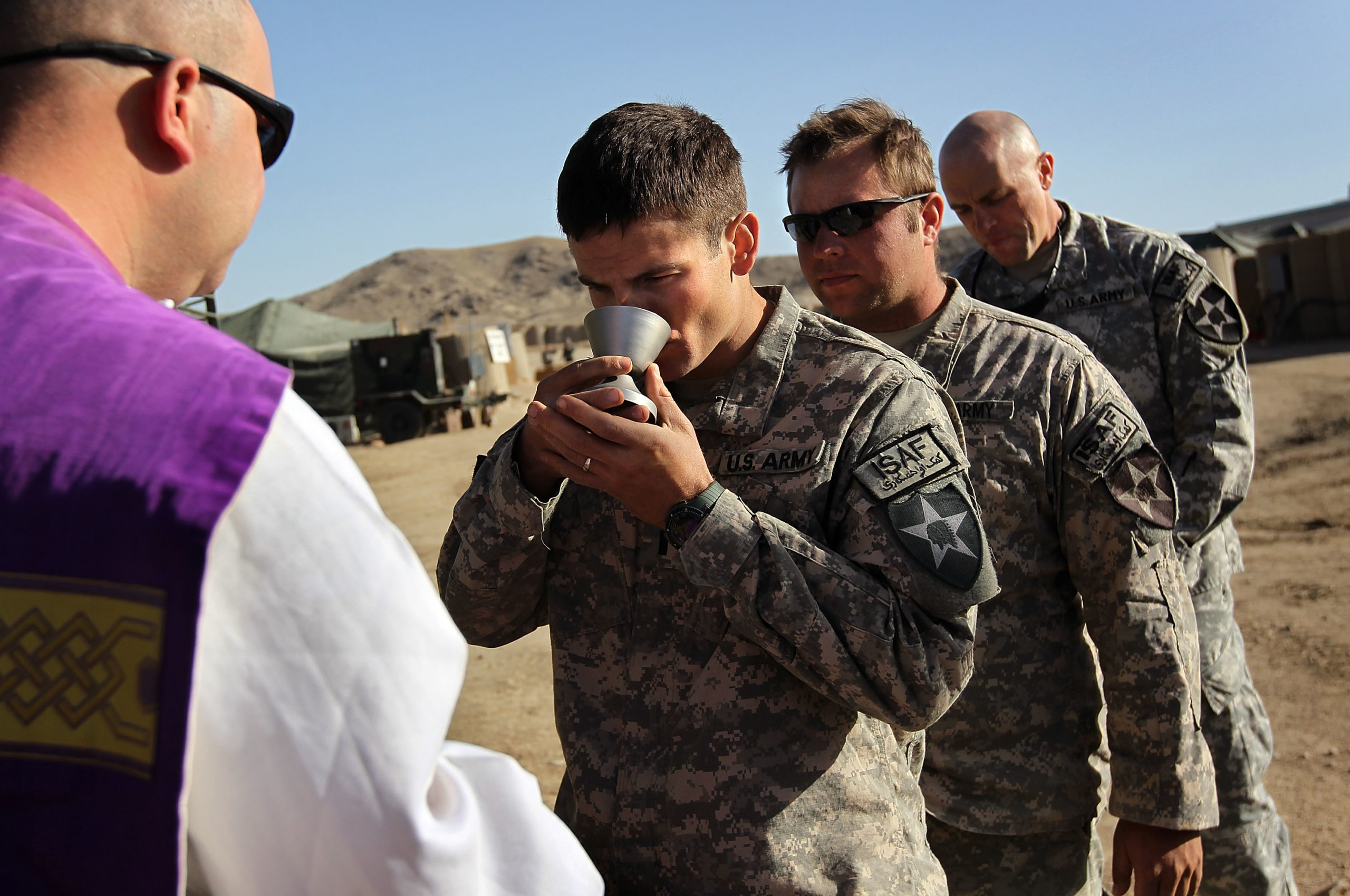 SHA-WALI-KOT, AFGHANISTAN – MARCH 05: U.S. Army soldiers line up to drink from a cup of wine while celebrating communion with Catholic chaplain Cpt. Carl Subler on March 5, 2010 at a small U.S. combat outpost in Sha-Wali-Kot in Kandahar province in southern Afghanistan. (Photo by John Moore/Getty Images)

“What the Armed Services Ministry has been trying to do for the last 200 years is bring Scripture that benefits our service members in the midst of the COVID-19 isolation or their deepest troubles, to tell them that God created you and are deeply loved, and has commanded his love towards you, that no matter what happens, he has love toward you,” he told the Caller.

To introduce the Scripture engagement challenge, ABS’ Armed Services Ministry will partner with churches and military communities, but service members interested in the program can also seek it out individually.

Groseclose mentioned the healing power of Scripture for many who read it. “People who are involved in Scripture are more able to recover from trauma and they report a better understanding of purpose, and show more satisfaction and happiness,” he said.

“If our nation needs anything right now, it’s to realize that we don’t have a spirit of fear, we must be a people of love and power and self control and sound mind. It’s a time for people who believe in the Bible to step into Scripture. It’s an incredible nation and we need to step up and learn how to serve as our veterans have served,” Groseclose said.