Supporters giving money to the Trump campaign’s election legal battles might be surprised to find out where exactly their donations — especially those less than $8,000 — are reportedly going.

A report published Wednesday by Reuters alleges that donations, many solicited by the campaign’s expansive text message fundraising apparatus, are being split unevenly between the campaign’s “recount account,” the Republican National Convention itself, and “Save America,” a new super PAC launched by President Donald Trump after the election. 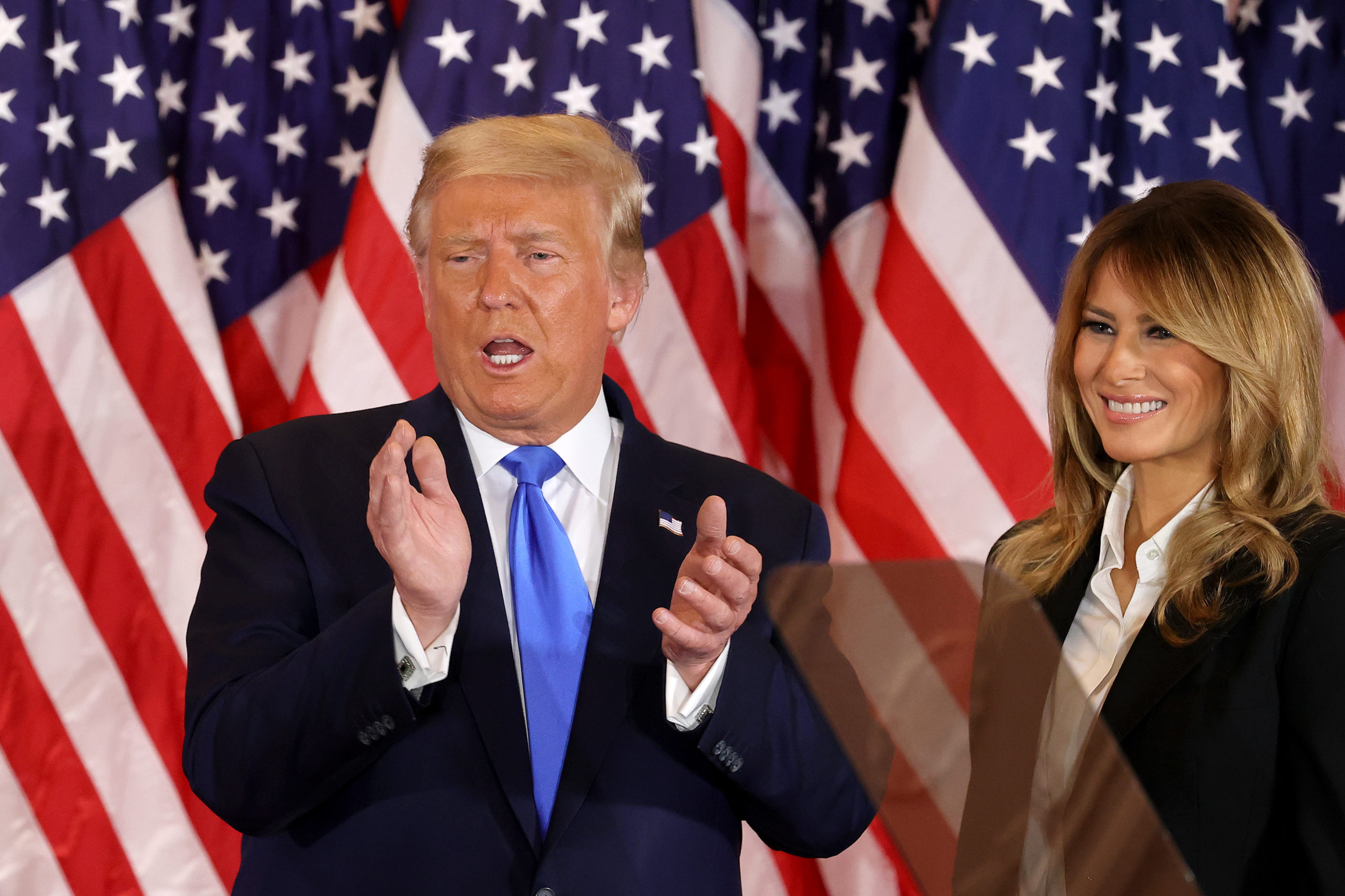 WASHINGTON, DC – NOVEMBER 04: U.S. President Donald Trump and first lady Melania Trump look on as Vice President Mike Pence (not pictured) speaks on election night in the East Room of the White House in the early morning hours of November 04, 2020 in Washington, DC. Trump spoke shortly after 2am with the presidential race against Democratic presidential nominee Joe Biden still too close to call. (Photo by Chip Somodevilla/Getty Images)

According to the “allocation formula” — the fine print at the bottom of the Trump campaign’s donation landing page — 60 percent of each new contribution will first go to Save America, while 40 percent goes to the RNC’s “operating account.” Only after the $5,000 donation limit to Save America is reached, are any funds directed into the “recount account.” Coupled with the 40 percent carved out for the RNC, donors must therefore give upwards of $8,000 to actually contribute to the recount account. (RELATED: Trump Campaign Is Filing Another Election Lawsuit In Michigan — Seeks To Delay Certification Over More Claims Of ‘Unequal Treatment’)

The fine print does specify donors “may designate a contribution for a specific participant or participants,” and Reuters noted that Federal Election Commission rules would allow both Save America and the RNC “broad leeway” on how they spend donations.

Neither the Trump campaign nor the RNC responded to Daily Caller’s requests for clarification on the Reuters report by press time.