Two leading progressive groups released a list comprised of left-wing politicians, activists and union leaders Wednesday who they would like to see in President-elect Joe Biden’s future cabinet.

Justice Democrats and the Sunrise Movement created a list outlining the groups’ top three picks for several cabinet positions like secretary of state and attorney general and included Democratic Sens. Elizabeth Warren and Bernie Sanders. The groups dubbed Biden’s potential cabinet the “climate cabinet” and stated that members should have no ties to fossil fuel companies and should fight the “climate crisis” with urgency.

“Joe Biden must command the federal government with fierce urgency and bold creativity,” the progressive groups said in a statement. “Our next President must establish new executive offices, with expansive power to respond to crises faster than Mitch McConnell.”

“This is Biden’s FDR moment,” the groups added. (RELATED: Bernie Sanders: ‘Yes I Would’ Be Biden’s Secretary Of Labor If Asked)

The list recommended that Biden nominates Warren and Sanders to secretary of the treasury and secretary of labor respectively. It also recommended Minnesota Attorney General Keith Ellison gets appointed to lead the Department of Justice and Michigan Rep. Rashida Tlaib is nominated to be secretary of housing and urban development. 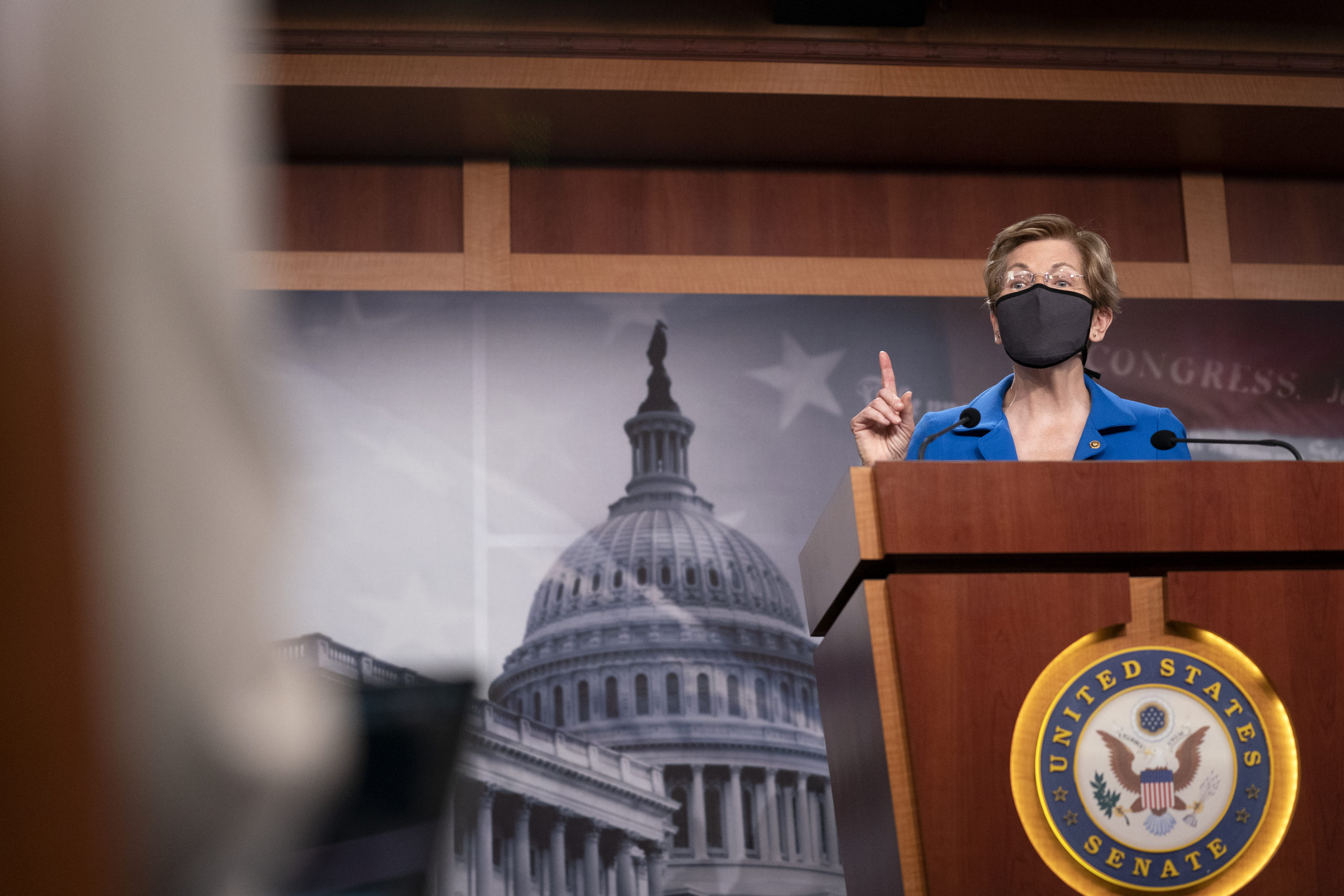 “President-elect Biden must embrace this historic moment by keeping the party united and appointing progressive leaders who will help him usher in the most progressive Democratic administration in generations,” Justice Democrats Executive Director Alexandra Rojas said in a statement, according to The Hill.

“Progressives make up close to half the party in Congress and deserve representation in the next administration,” she continued.

The two groups also said Biden must establish a new agency, the Office of Climate Mobilization. The new executive office would “hold every federal department accountable” when it comes to their impact on the climate.

Meanwhile, Sanders said Wednesday that if Biden asked him to lead the Department of Labor, he would accept. However, Sanders and Warren have reportedly been ruled out of serving in Biden’s cabinet because their ideas are too extreme, according to Politico.

The report that some progressives have been ruled out of serving in a Biden administration comes as moderate Democrats continue to blame left-wing Democrats for shocking down-ballot election losses. Depending on the result of January’s runoff elections, Senate Majority Leader Mitch McConnell could also thwart cabinet picks deemed to be too far left.