The Firearms Policy Coalition (FPC) filed suit against Sacramento County Sheriff’s Department over alleged violations of the California Public Records Act and the state constitution, according to a statement from the Second Amendment organization. The FPC wrote that it attempted to obtain records about the state’s red flag program, which enables authorities to seize firearms from those deemed a threat to themselves or others, but were denied by the department.

“People have a right to know how the government is enforcing its laws and policies, especially in cases that involve the seizure of firearms and the suspension of fundamental, constitutionally enumerated rights,” FPC Director of Legal Strategy Adam Kraut said in the statement.

“The defendants’ denial of our requests is particularly concerning in light of it being a significant matter of great public interest, and we look forward to finding out what they’re hiding from us and all Californians.” 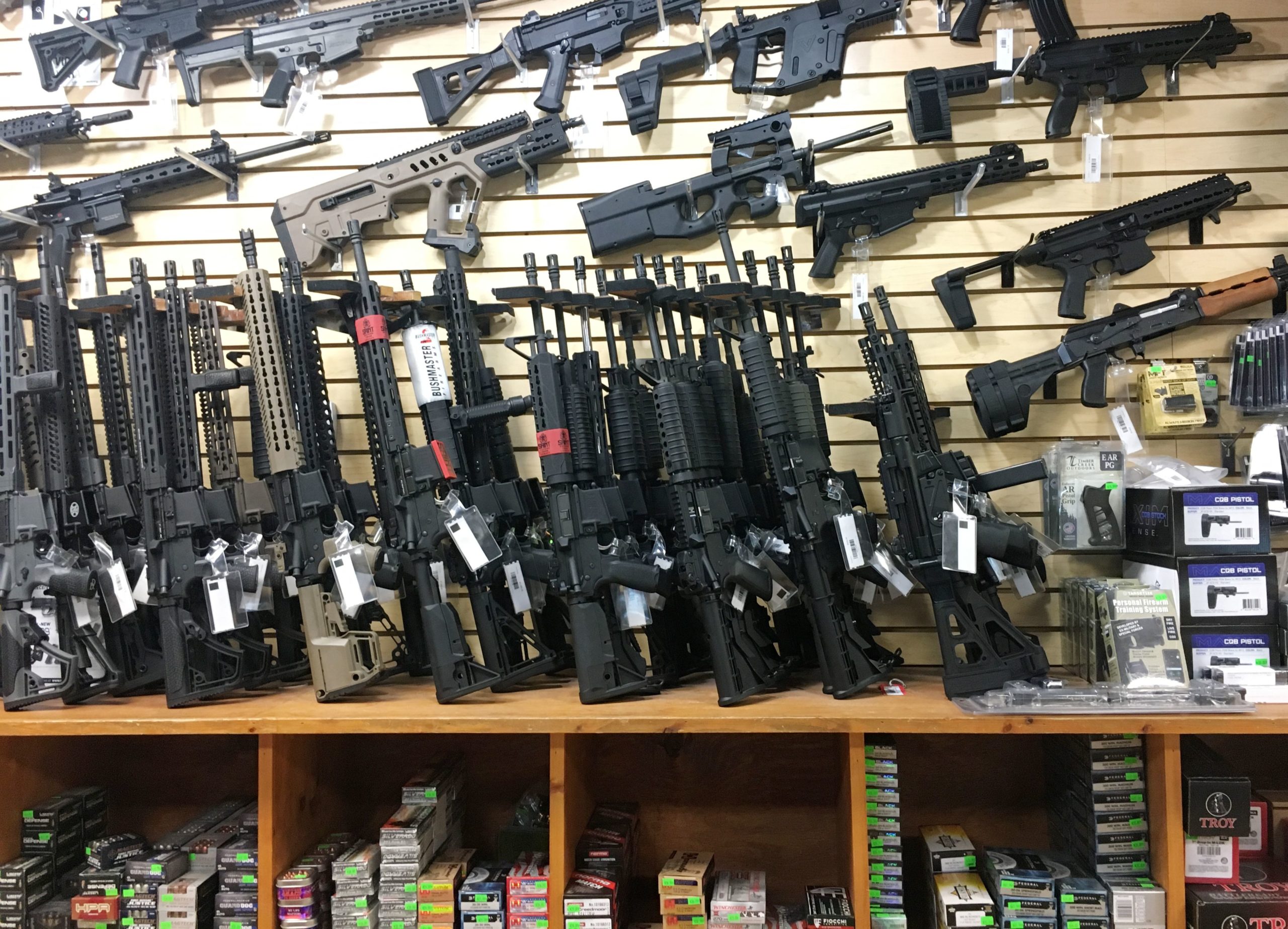 Semi-automatic rifles are seen for sale in a gun shop in Las Vegas, Nevada on October 4, 2017 (ROBYN BECK/AFP via Getty Images).

The gun group sought information about any and all warrants issued by the sheriff’s department for firearm confiscations, all records pertaining to the state’s red flag program dubbed “gun violence restraining orders,” and information about Andrew Casarez, who the organization said had his weapons seized by state authorities.

“The California Constitution and state law provide a robust right to transparent, accountable government, and yet the Sacramento County Sheriff’s Department has denied and ignored the FPC’s requests for records relating to Gun Violence Restraining Orders,” FPC’s attorney Paul Boylan said in the statement.”

“We are hoping that by demanding transparency of the SCSD in this case, it will curtail future infringements on the public’s rights to access information held by public agencies.”

Sacramento County Sheriff’s Department declined to comment on the lawsuit in an email to the Daily Caller News Foundation. (RELATED: 36 Virginians’ Firearms Seized Under New Law)