House Minority Leader Kevin McCarthy said he believes Republicans have a good chance of winning back a majority in the House in 2022, citing his party’s success in the Nov. 3 elections.

McCarthy said he thinks the party is stronger than ever and that the future is bright for House Republicans during an interview with the Washington Post released Thursday. In the interview, McCarthy said although everyone said Republicans would not do well, he looks at their performance as a victory.

“We have never been stronger in the sense of what the future holds for us — we have never been in a stronger position,” McCarthy said. “We won this by adding more people to the party. And we won this in an atmosphere where we were the one group that everyone guaranteed we would lose. And we’re the ones who won.” 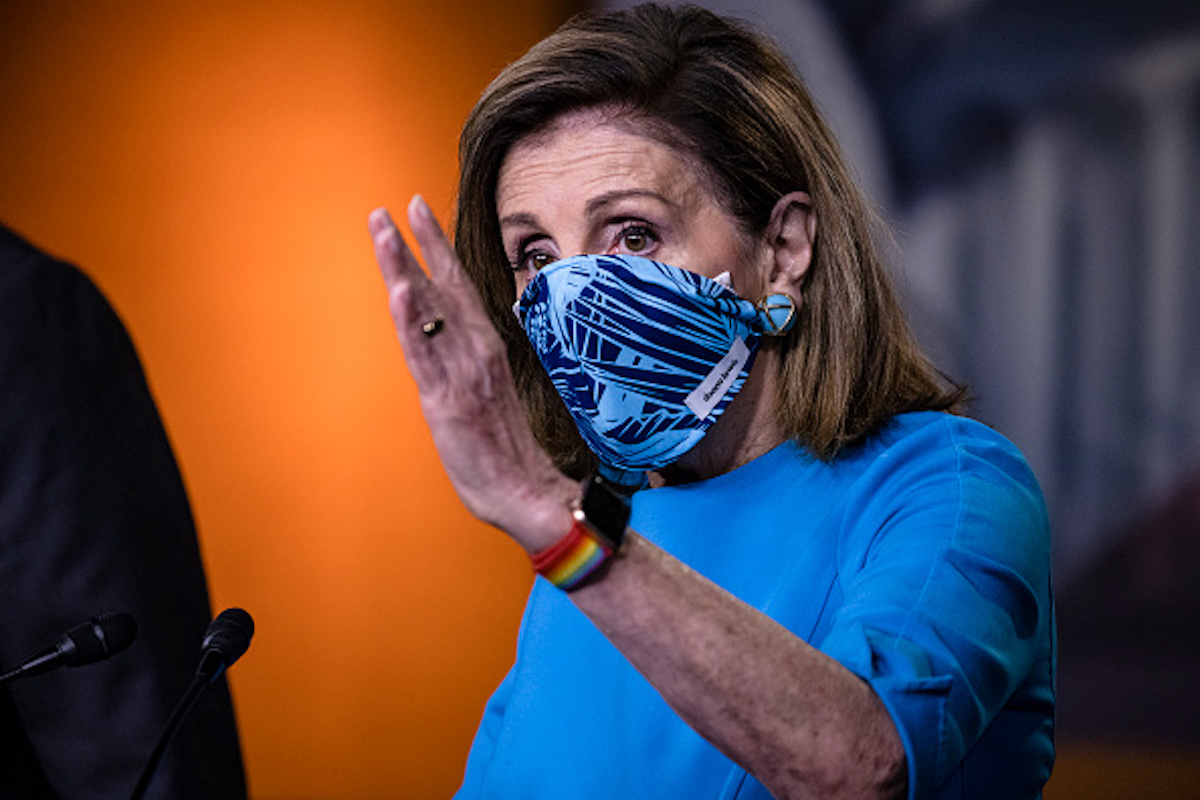 Speaker of the House Nancy Pelosi (D-CA) speaks alongside Senate Minority Leader Chuck Schumer (D-NY) (not pictured) during a joint press conference at the U.S. Capitol on November 12, 2020 in Washington, DC. (Photo by Samuel Corum/Getty Images)

During a Thursday press conference, McCarthy criticized Speaker of the House Nancy Pelosi for saying Democrats in the House have a “mandate” after being called out by her colleagues in a caucus phone call for losing a number of seats they were hoping to win on election night. (RELATED: ‘A Mandate Against Socialism’: McCarthy Criticizes Pelosi Over Her Comments On House Elections)

Democratic Michigan Rep. Elissa Slotkin said Tuesday morning that there are some serious problems with her party’s messaging and branding.

“The brand has been weak for a while. And therefore, every two years, you can just superimpose whatever hit is the most popular thing and you’re gonna convince some people that that’s what all Democrats are about,” Slotkin said in an interview with MSNBC’s Stephanie Ruhle when asked about the future of the Democratic Party.

“So, while I don’t love some of the slogans, I don’t love a lot of what I’m hearing from some of my colleagues who are further left of me, I think that we have a bigger strategic problem and we need to own that as Democrats,” she continued.

Other House Democrats, such as House Majority Whip Jim Clyburn have said the party needs to stay away from a number of issues. (RELATED: House Minority Leader Kevin McCarthy Says He Did Not Speak With Biden)

If “we are going to run on Medicare for All, defund the police, socialized medicine, we’re not going to win,” Clyburn said, according to Politico.