Secretary of State Mike Pompeo plans to make an official visit the Golan Heights and a West Bank Israeli settlement next Wednesday marking the first time a State Department secretary has ever visited either, Axios reported.

Pompeo’s visit to the West Bank would be a departure from U.S. foreign policy dating back to 1967 which viewed the territory as occupied, according to Axios. A source familiar with Pompeo’s itinerary confirmed the trip, the Washington Examiner reported.

The State Department did not immediately return the Daily Caller News Foundation request for comment.

Pompeo became the first secretary of state in U.S. history to visit the Western Wall in Jerusalem’s Old City during a March 2019 state visit and addressed the 2020 Republican National Convention (RNC) live from Jerusalem, according to Reuters.

“The primary Constitutional function of the national government is ensuring that your family — and mine — are safe and enjoy the freedom to live, to work, to learn and to worship as they choose,” Pompeo said during his RNC speech.

“The president moved the U.S. Embassy to this very city of God, Jerusalem, the rightful capital of the Jewish homeland,” he continued. (RELATED: Israel Unveils Surveillance System To Track Masks, Social Distancing) 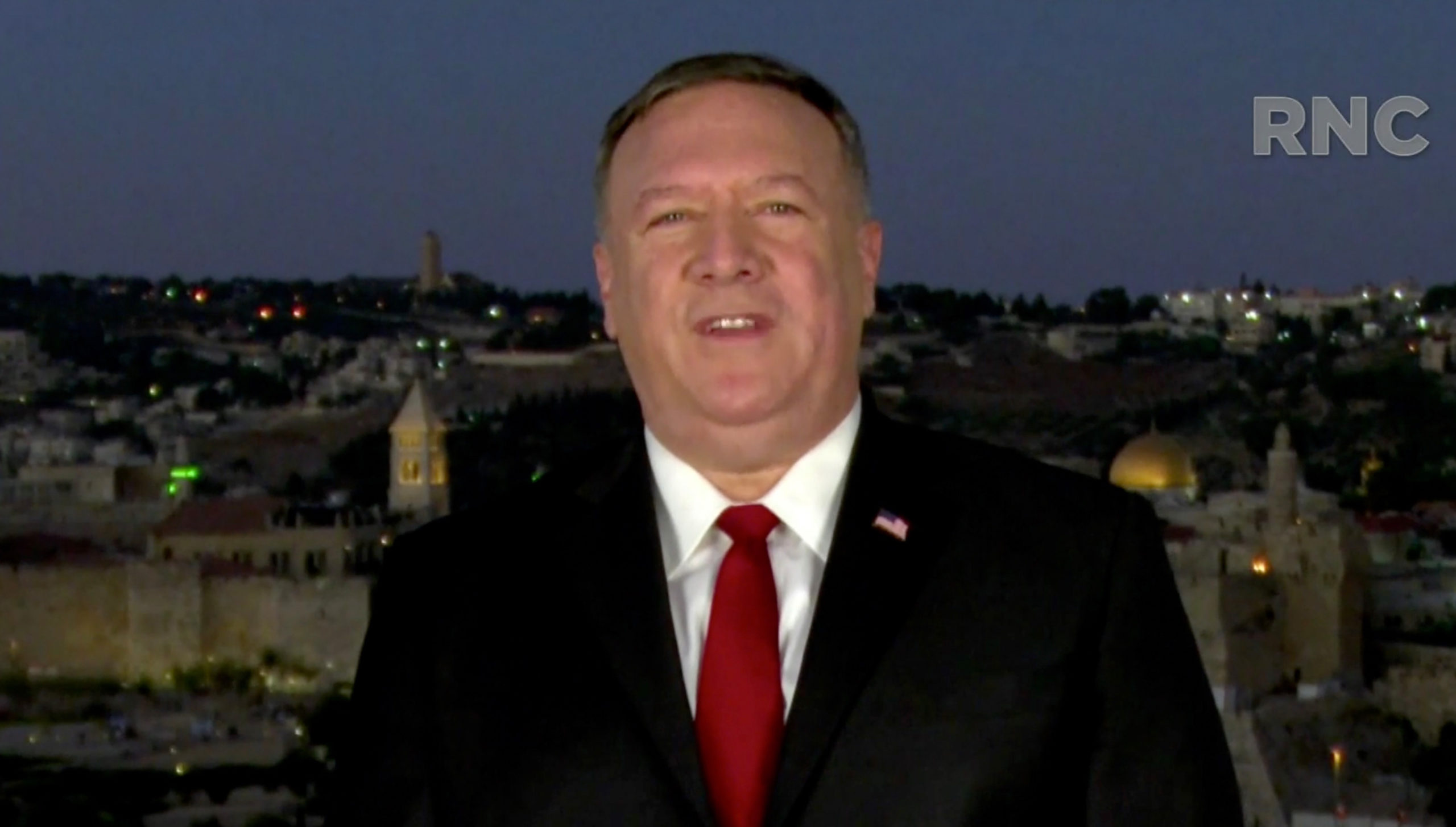 Sec. of State Mike Pompeo addresses the virtual RNC in a pre-recorded video from Jerusalem, Israel, on Aug. 25. (Committee on Arrangements for the 2020 Republican National Committee via Getty Images)

In a historic move, President Donald Trump recognized Jerusalem as the capital of Israel and relocated the U.S. embassy to the city from Tel Aviv, Israel in 2017. Jerusalem has been contested with both Israelis and Palestinians claiming the city for themselves for decades, according to The New York Times.

The secretary of state will make a visit to another contested region, the Golan Heights, which Trump announced would be recognized as belonging to Israel in March 2019, according to Axios. The Israeli government said it would create a new village called “Trump Heights” after the announcement.