Biden spoke with the Holy Father and thanked him for “extending blessings and congratulations,” according to Axios. Biden also praised the pope for “promoting peace, reconciliation, and the common bonds of humanity around the world,” the publication reported. (RELATED: Media Calls Biden A ‘Devout Catholic.’ Where Does He Actually Stand With The Catholic Church?)

“The president-elect expressed his desire to work together on the basis of a shared belief in the dignity and equality of all humankind on issues,” Biden’s transition team said in a statement, Axios reported.

The publication noted that these issues include “caring for the marginalized and the poor, addressing the crisis of climate change, and welcoming and integrating immigrants and refugees into our communities.”

Biden will be the second-ever Catholic president of the United States, following former President John F. Kennedy, the publication noted. The former vice president has frequently referenced his Catholic faith throughout his political career, describing his faith as “the bedrock foundation” of his life, though he supports policies that are explicitly opposed to Catholic teaching, such as abortion and same-sex marriage. 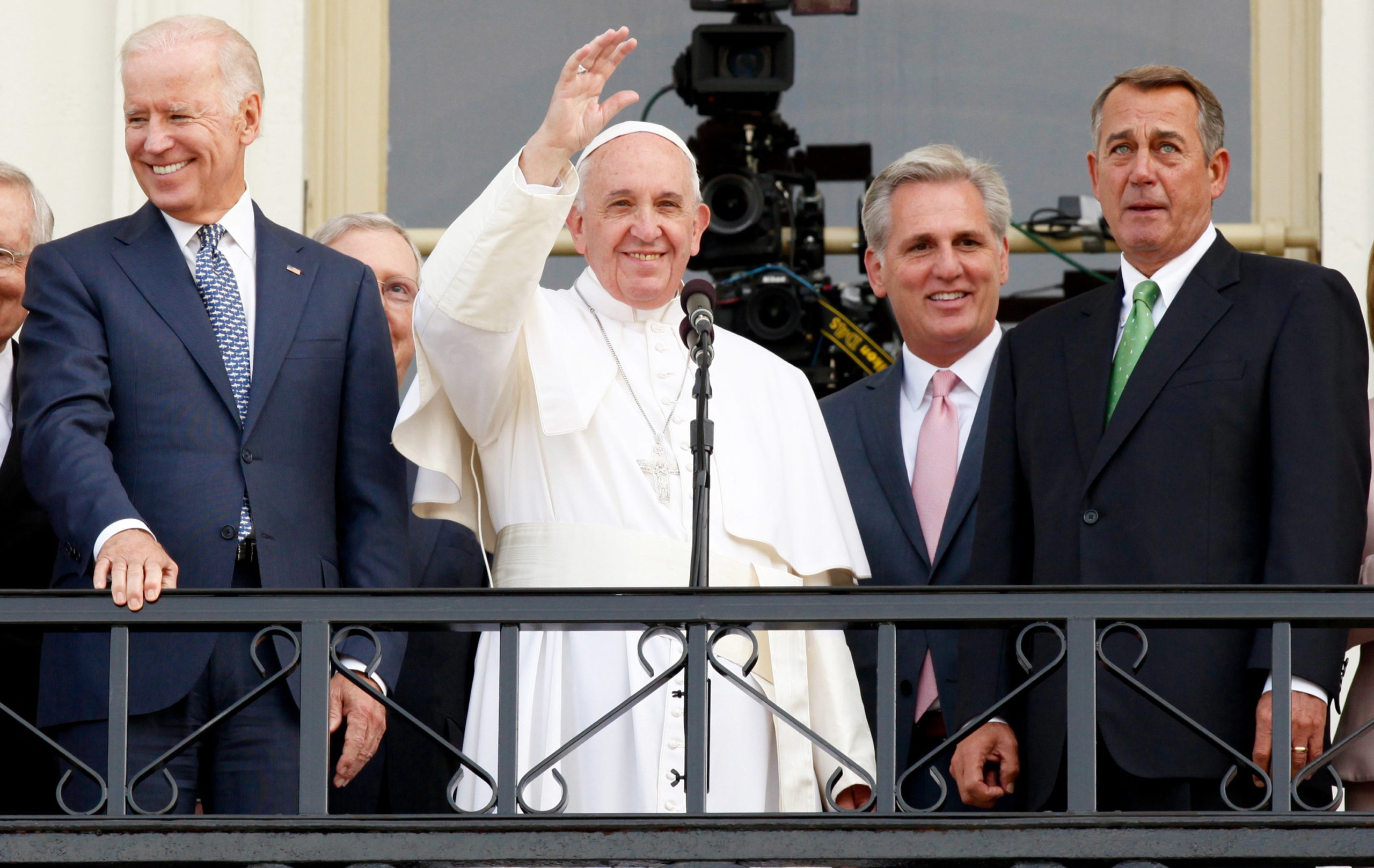 WASHINGTON, DC – SEPTEMBER 24: Pope Francis (2nd L) waves to crowd from the balcony of the US Capitol building, after his address to a joint meeting of the U.S. Congress (Photo by Evy Mages/Getty Images)

Earlier in his career, Biden frequently referenced his faith as a reason for his pro-life votes in the Senate, but he has since changed his abortion stances and today champions almost unlimited abortion access as a presidential candidate, prompting a priest to deny Holy Communion to Biden during mass at a Catholic church in South Carolina in October 2019. (RELATED: Here’s How Joe Biden Has Evolved On Abortion As He Attempts To Become President)

Biden has also promised that as president, he will reinstate Obama-era policies requiring the Little Sisters of the Poor to give employees access to birth control, though this violates the Catholic religious beliefs of the sisters, and despite the fact that the Supreme Court ruled July 8 that the Catholic nuns are exempt from Obama’s contraceptive mandate.

The former vice president also advocates for same-sex marriage, though the Catholic Church teaches that marriage should be between a man and a woman.

The Vatican did not immediately respond to a request for comment by the Daily Caller News Foundation.