The vehicle being tested near the Han River in Seoul was electrically-powered, could haul up to 485 pounds, and carries two people, the Daily Mail reported. For this test flight, sacks of rice stood in for passengers.

Drones are already in use for package delivery and are also an option for delivering takeout from restaurants.

Officials in South Korea’s Ministry of Land, Infrastructure and Transport (MOLIT) are looking for ways to reduce traffic congestion in the country’s capital city, which has a population of 9.963 million according to World Population Review.

The use of aerial taxis could potentially reduce the amount of time to get to Incheon International Airport from the Yeouido area of Seoul from over an hour to about 20 minutes, according to the Daily Mail. The agency has also touted environmental benefits. (RELATED: Drones Are Taking Models’ Jobs Too – Stop The Madness) 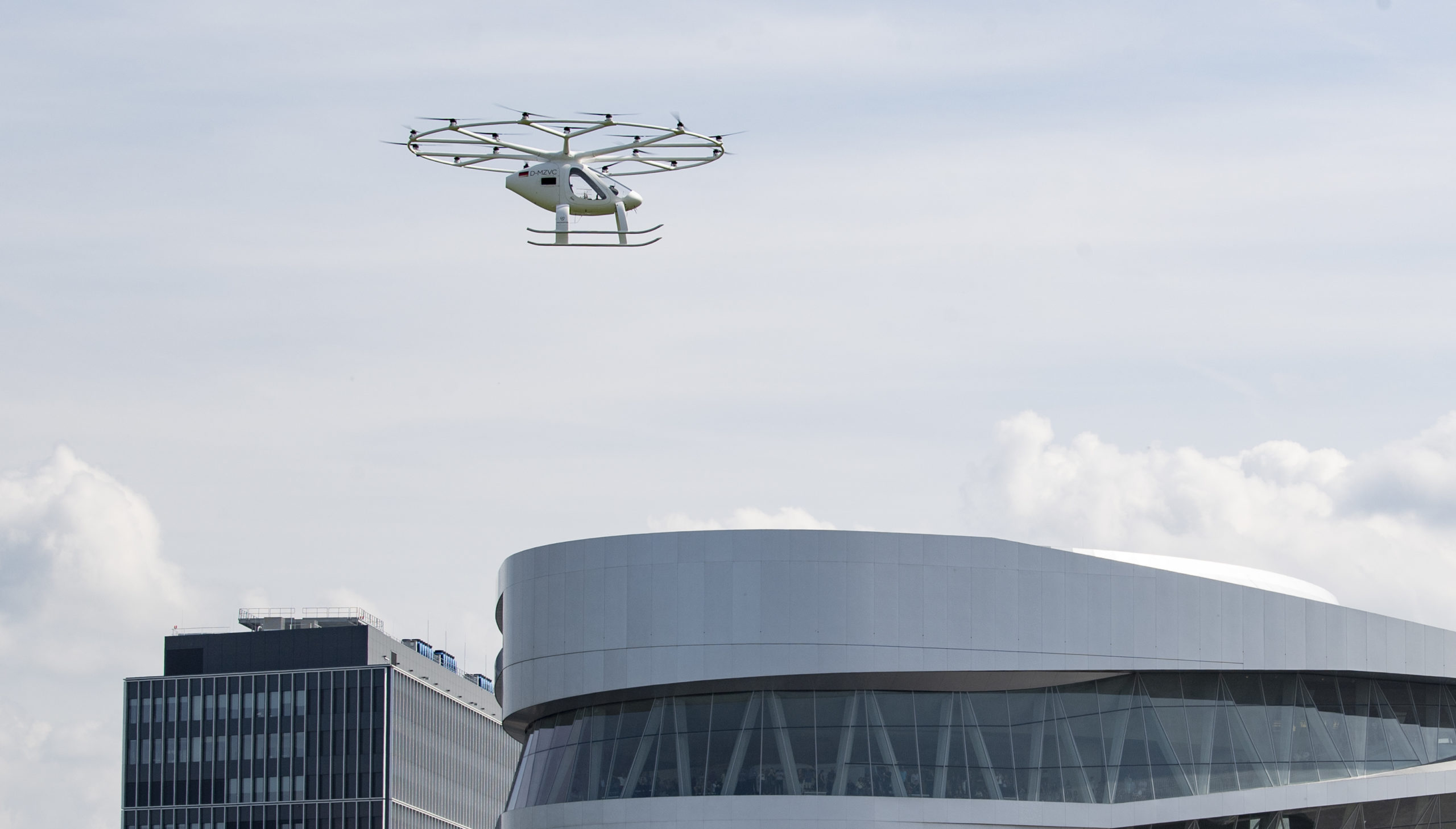 The volocopter, an electrically powered drone taxi, flies near the Mercedes-Benz museum in Stuttgart, southern Germany, on September 14, 2019. – According to the manufacturer it is the first public flight of the Volocopter in a European city.

“Urban air mobility will be good for decarbonizing the economy,” Seo Jeong-seok, deputy director of MOLIT’s drone division, told the Daily Mail. “South Korea is aiming for a complete decarbonization of its transport systems by 2040-2050.”

Flying in the drone taxi is currently expected to cost about $100 for a 30-mile trip, but there are hopes to make the ultimate cost closer to $20, per the Daily Mail.

There are multiple other drone taxi programs in place, with Uber planning to launch a service in three cities in 2023, while Hyundai Motors and Hansha Systems have unveiled prototype drones that hold five passengers.