Though the country had refrained from congratulating him and Vice President-elect Kamala Harris, Foreign Ministry spokesman Wang Wenbin said Friday that the country “respects the choice of the American people.”

“We congratulate Mr. Biden and Ms. Harris,” he added, mentioning that “the result will be confirmed according to U.S. laws and procedures.”

The statement, however, comes amid rising tensions between the U.S. and China. The two powers have been engaged in a trade war for over a year, and the U.S. has repeatedly criticized China for its failure to contain the coronavirus, encroachment on Hong Kong’s autonomy, alleged human rights violations of its Uighur population and more. (RELATED: Putin Waiting For ‘Legal Procedures’ To Be Completed Before Congratulating Biden) 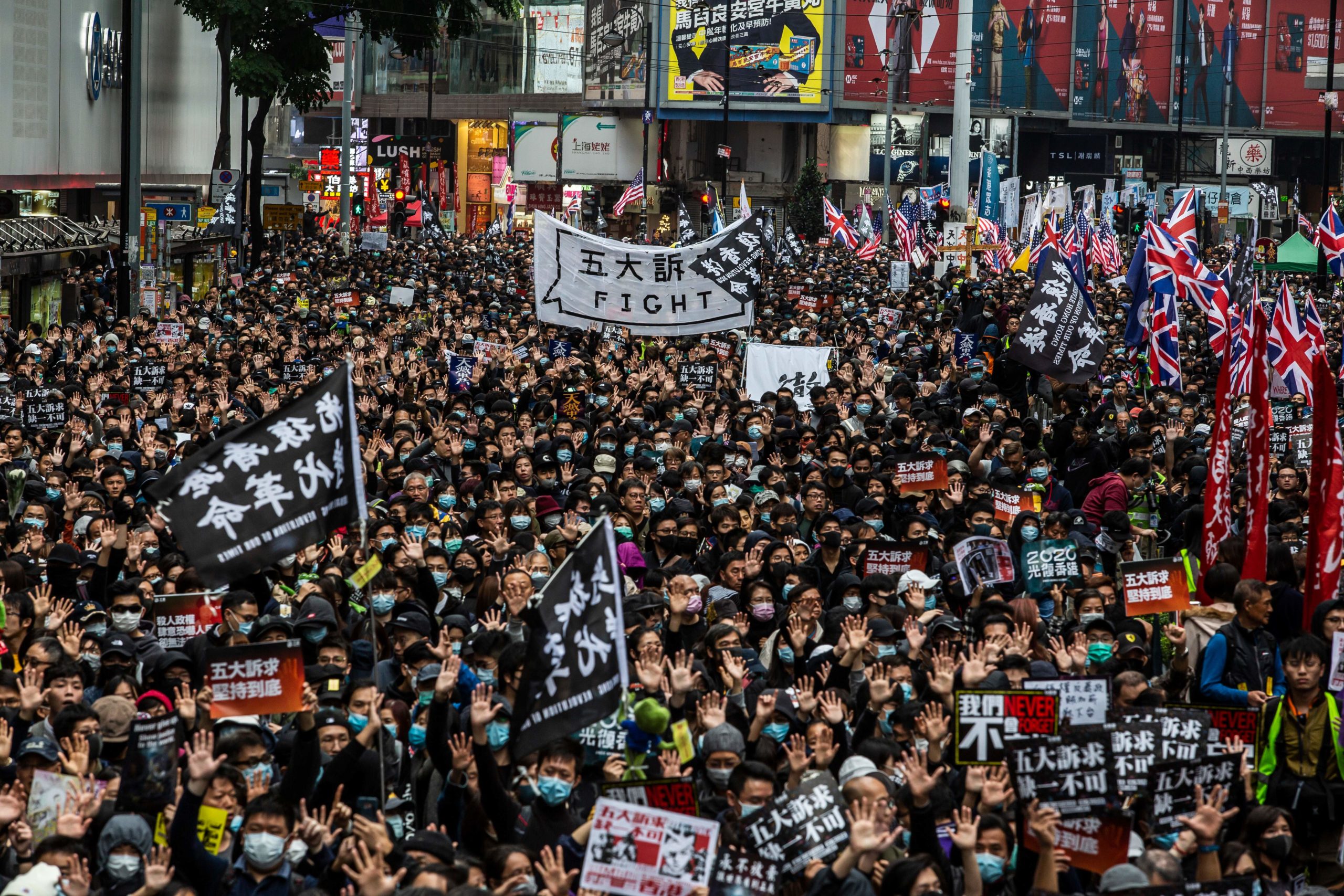 TOPSHOT – People take part in a pro-democracy march in Hong Kong on January 1, 2020. – Tens of thousands of protesters marched in Hong Kong (Photo by ISAAC LAWRENCE/AFP via Getty Images)

President Donald Trump recently labeled China as a security threat, and on Thursday issued an executive order that barred Americans from investing in securities owned or controlled by China’s military.

Trump is also tried to bar Chinese social media companies from American markets, saying that their collecting of users’ personal information posed a security risk. Trump floated a ban on TikTok, a popular video service, before changing tone and, instead, pressuring the company to sell its U.S. operation.

Multiple foreign leaders have already offered their congratulations to the president-elect, though Trump has yet to concede the election.