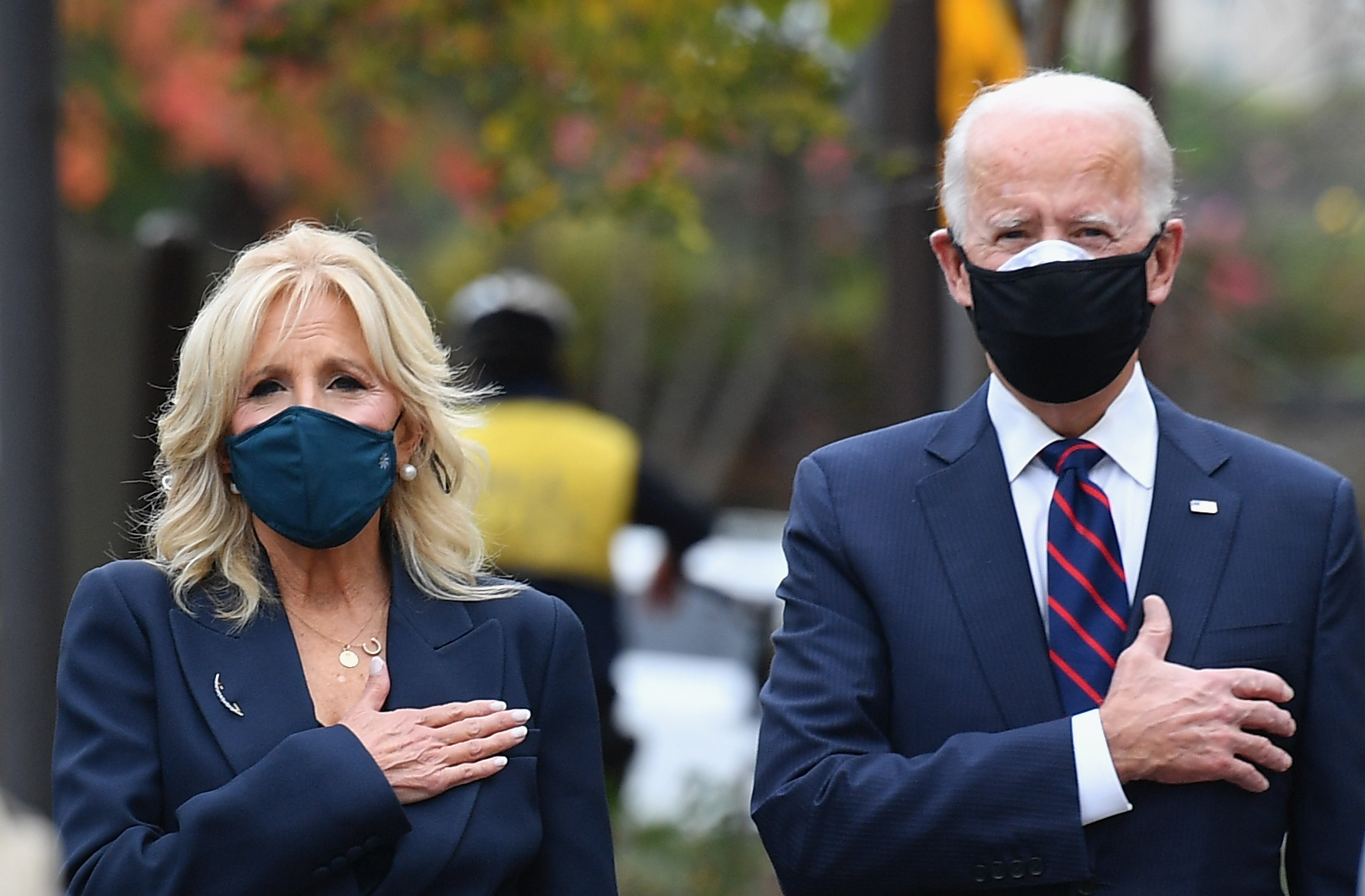 US President-elect Joe Biden and his wife Jill Biden pay their respects during a Veterans Day stop at the Korean War Memorial Park in Philadelphia, Pennsylvania on November 11, 2020. – The leaders of close US allies on November 10, 2020 telephoned President-elect Joe Biden and pledged to work together but in an extraordinary break, America’s top diplomat Mike Pompeo insisted that Donald Trump would remain in power. The transition team said Biden planned to work with the Europeans on fighting the Covid-19 pandemic as well as climate change — one of many areas on which Trump sharply differed with the allies. (Photo by ANGELA WEISS/AFP via Getty Images)

“It’s obviously important to win those seats in Georgia, not necessarily just because of Joe Biden’s agenda or whatever, but I think we have better senators in Washington,” Klain told “Meet The Press” host Chuck Todd. “We will get a better output in Washington and more people that support the kind of things Joe Biden supports, better government, better whatever.”

“We’re going to work hard to help win those Senate seats in Georgia. I think you’ll see the president-elect campaign down there as we get closer to Election Day,” he continued. “We’re going to put people, money, resources down there to help our two good candidates win. I’m very hopeful we can win those seats.”

Earlier in the interview, Klain had confirmed that though Biden has been having conversations with House Speaker Nancy Pelosi and Senate Minority Leader Chuck Schumer about extending coronavirus relief, he has not yet spoken to Senate Majority Leader Mitch McConnell.

“He’s not spoken with Senator McConnell about anything yet. We’re hoping Senator McConnell will accept the reality that it’s just reality,” Klain stated. “Joe Biden won this election. Kamala Harris won this election. I think it’s time for leaders in both parties to get to business of this transition, to get to business of working together to start to plan out a legislative agenda for next year.”