A total of 20 people were shot, one fatally, from Friday to Sunday during another violent weekend in Chicago.

Another man was found dead after a reported backyard scuffle, but authorities did not indicate whether the individual was killed by gunfire, according to CBS Chicago. Other shooting victims were hit in the back, legs, groin, torso, foot, wrist and shoulder, but were in treatment for their injuries, CBS Chicago reported. 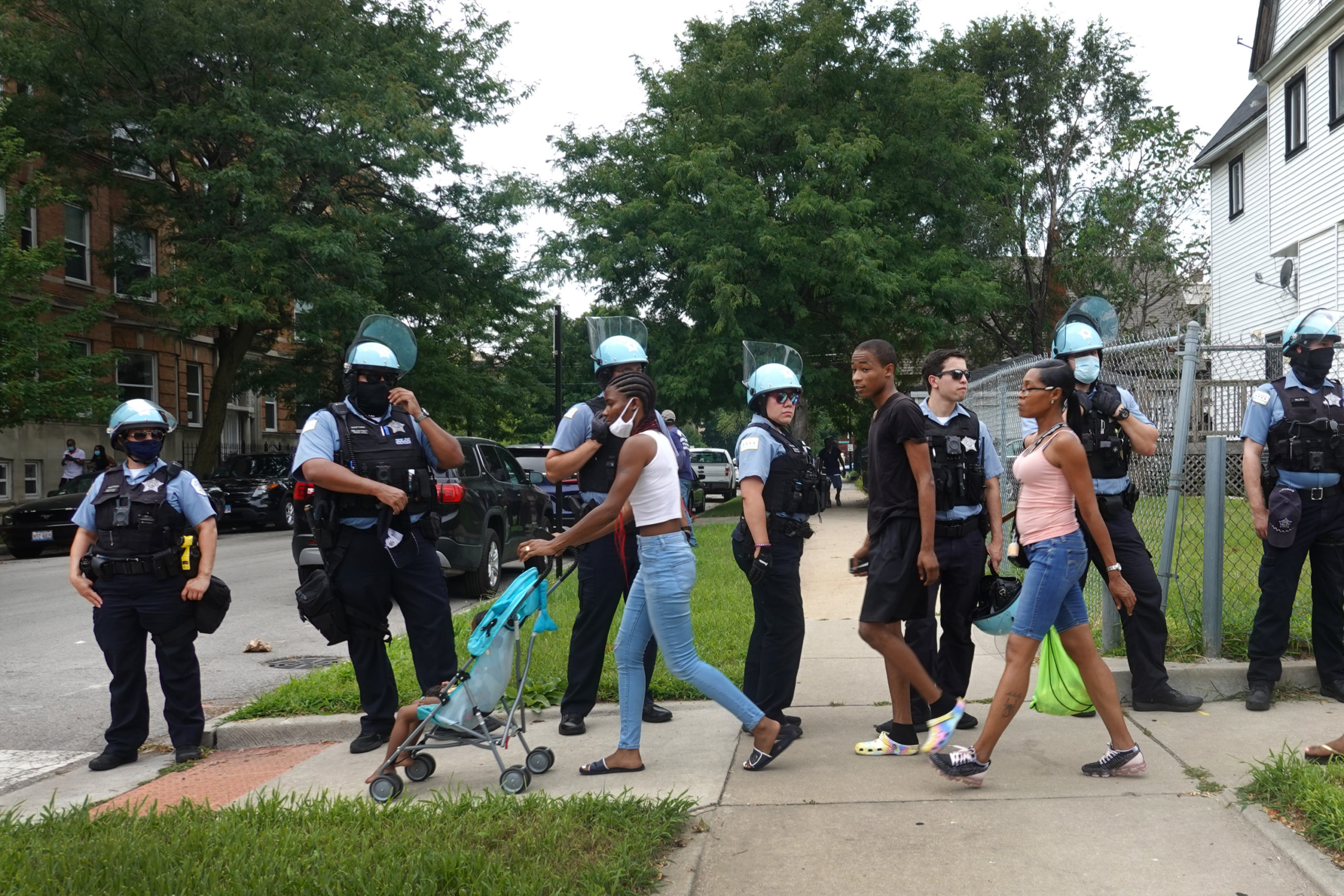 Residents walk past police as they shadow demonstrators protesting police brutality as they march toward downtown on August 15, 2020 in Chicago, Illinois (Scott Olson/Getty Images).

Those shot over the weekend ranged in age from 12 to 54, according to CBS Chicago.

A total of 43 people were shot and six were killed during shooting incidents the weekend prior, according to the Chicago Sun-Times. Four teenage boys between the ages of 15 and 17 were hit by bullets throughout the three-day period, the local outlet reported. (RELATED: 43 Shot, 6 Dead In Chicago Weekend Shootings, Four Teens Struck By Gunfire)