President Donald Trump’s reelection campaign restructured their Pennsylvania lawsuit Sunday to narrowly tailor their arguments in a bid to prevent the state from certifying the election results.

Originally, the lawsuit sought to invalidate nearly 700,000 mail-in ballots because the campaign alleged they were counted without poll watchers present, according to the Associated Press (AP).

While the campaign is still arguing that those ballots were improperly processed, lawyers have restructured their lawsuit, arguing Republican voters were not given the chance to cure their ballots while Democratic voters were.

“We are still arguing that 682,479 ballots were counted illegally, in secret,” Trump 2020 communications director Tim Murtaugh said in a statement. “Our poll watchers were denied meaningful access to watch the vote counting and we still incorporate that claim in our complaint.”

Paragraph 4 of the amended filing still seeks to have those ballots from Allegheny and Philadelphia Counties invalidated for allegedly not allowing poll watchers to observe. 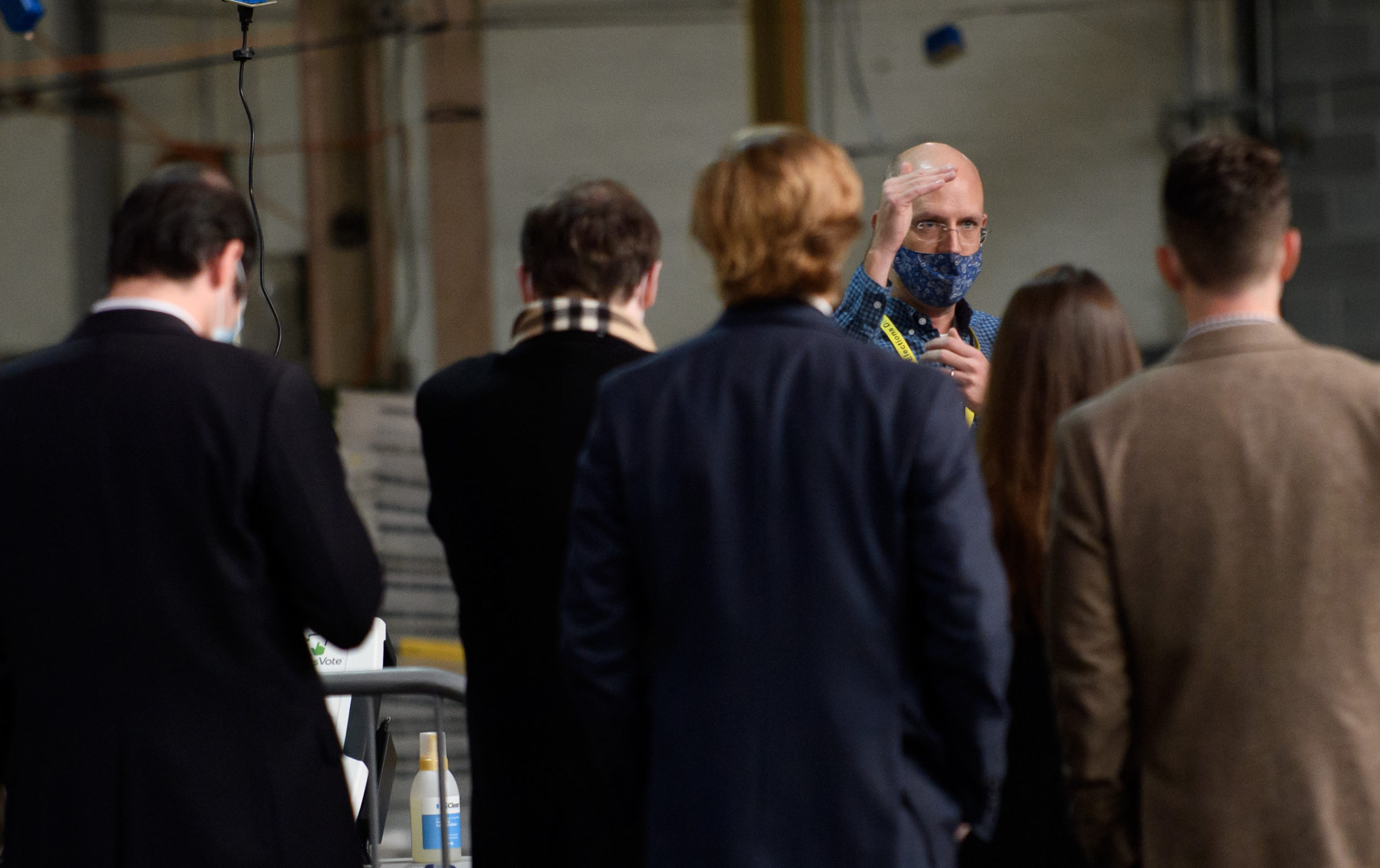 “Rather than engaging in an open and transparent process to give credibility to Pennsylvania’s brand-new voting system, the processes were hidden during the receipt, review, opening, and tabulation of those 682,479 votes,” the suit reads.

The campaign decided to restructure the suit “to rely on claims of violations of the Equal Protection Clause of the 14th Amendment,” the campaign said in a statement.

The suit says some voters who mailed in ballots were given a chance to cure their ballots after being told there were errors and that their ballots would be rejected. However, the suit argues that other voters, specifically those in Republican counties, were not given the same opportunity. (RELATED: REPORT: President Trump Puts Rudy Giuliani In Charge Of His Remaining Election Lawsuits)

“The Equal Protection Clause requires every county in the Commonwealth to enforce and apply the same standards and procedures for an election” the suit reads. “And it does not allow a select few counties to either decline to enforce or employ those standards or develop their own contradicting standards that benefit their voters to the detriment of voters outside their counties.”

The suit also alleges that since some Philadelphia voters were forewarned that their ballots might be rejected, it’s an indication poll workers were pre-canvassing the ballots, a violation of state law.

“Those counties provided their mail-in voters with the opportunity to cure mail-in and absentee ballot deficiencies, while Republican-heavy counties, such as Snyder County, followed the law and did not provide a notice and cure process, disenfranchising many.”

“It’s routine for attorneys to file amended complaints to tighten the claims,” Rudy Giuliani said in a statement. “We simplified the suit so it is more focused and narrowed. This is part of the process.”