In a Washington Post op-ed published last year, Stengel, who served as President Barack Obama’s Under Secretary of State for Public Diplomacy and Public Affairs, suggested the government should make “statutes to penalize speech” that is offensive.

“Hate speech has a less violent, but nearly as damaging, impact in another way: it diminishes tolerance,” Stengel wrote. “Why shouldn’t the states experiment with their own version of hate speech statutes to penalize speech that deliberately insults people based on religion, race, ethnicity and sexual orientation?”

“All speech is not equal. And where truth cannot drive out lies, we must add new guardrails. I’m all for protecting ‘thoughts that we hate,’ but not speech that incites hate. It undermines the very values of a fair marketplace of ideas that the First Amendment is designed to protect,” he added.

Stengel said one reason for his thoughts on free speech was that “the most sophisticated Arab diplomats that I dealt with did not understand why the First Amendment allows someone to burn a Koran. Why, they asked me, would you ever want to protect that?” (RELATED: ‘Expansive Power’: Here’s Who Progressives Want To See In Joe Biden’s Cabinet) 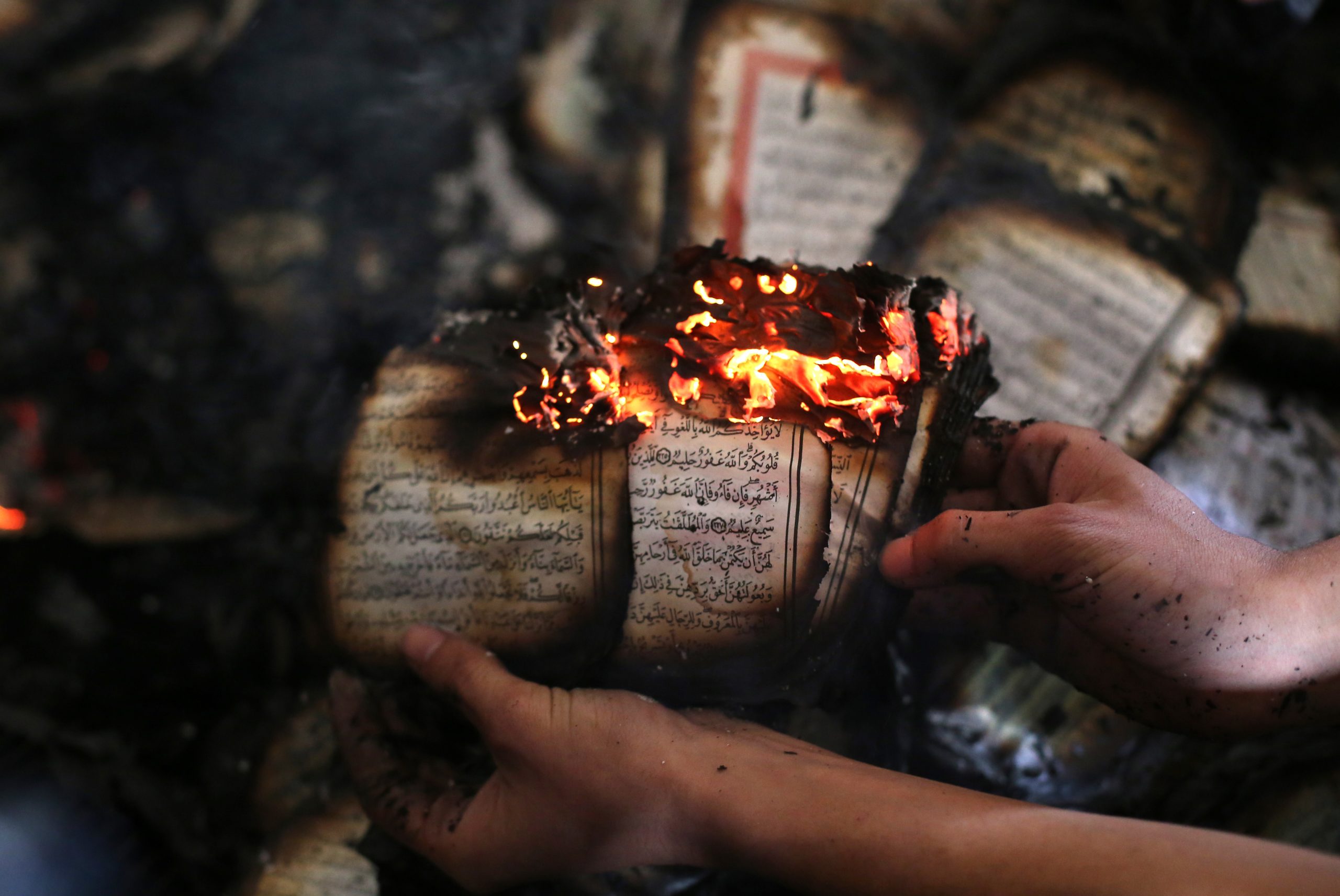 A Palestinian man displays a copy of Islam’s holy book, the Koran, still burning inside a mosque that was set ablaze by Israeli settlers in al-Mughayir, in the occupied West Bank near the Jewish settlement of Shilo, on November 12, 2014.  (ABBAS MOMANI/AFP via Getty Images)

Stengel added that the First Amendment “should not protect hateful speech that can cause violence by one group against another.”

While Stengel correctly noted that the Supreme Court has ruled that speech that directly incites “imminent lawless action” can be restricted, the court has also ruled that there is no hate speech exception to the First Amendment.

In the 2017 case of Matal v. Tom, the Supreme Court ruled that the government did not have the right to prohibit the registration of trademarks that are “racially disparaging.”

Further, hate speech laws, which are popular in Europe, are actually used to stifle political dissent rather than hold people accountable for violent speech, according to The Intercept.

“Those laws have frequently been used to constrain and sanction a wide range of political views that many left-wing censorship advocates would never dream could be deemed ‘hateful,’ and even against opinions which many of them likely shared,” the article notes.