Sandu leads with 57% of the vote with nearly all the votes counted, according to data from the Central Election Commission. The election between the two candidates was viewed as a referendum on two staunchly opposed visions; while Sandu favored strengthening ties with the European Union and the United States, Dodon received support from Russian President Vladimir Putin.

“People voted in very large numbers… they voted because they care, because they want their voices to be heard,” Sandu said Sunday, according to the Associated Press. “People want the ones in power to offer solutions to their problems,” she added. 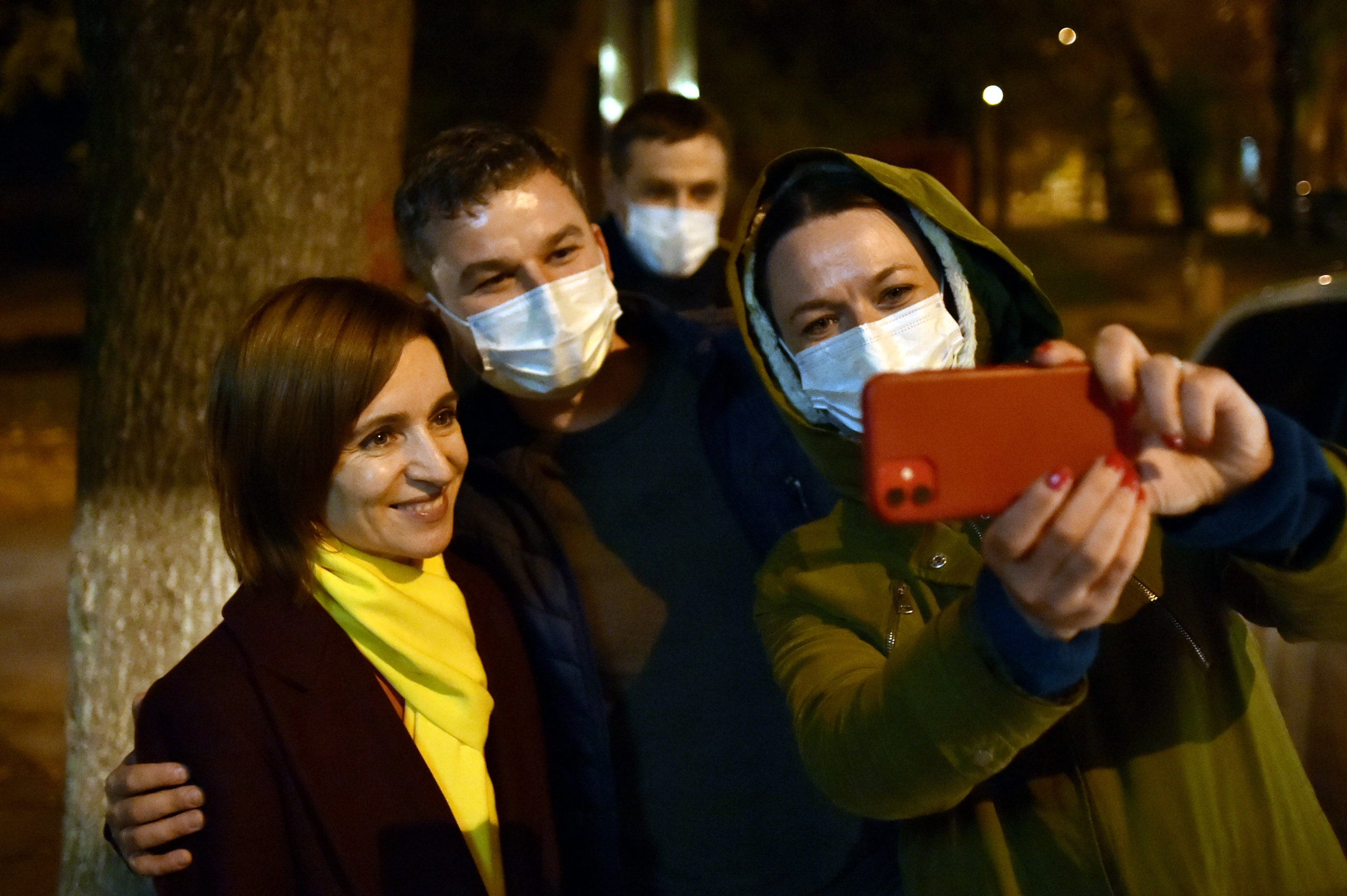 Moldova’s presidential candidate Maia Sandu poses for a selfie photo with her supporters as she leaves the Action and Solidarity Party office in Chisinau, early on November 16, 2020, following her victory in the second round of the country’s presidential election. (Photo by SERGEI GAPON/AFP via Getty Images)

Dodon conceded the race Monday, saying, “I call for calm and peace, absolutely no disturbances or protests, we must not allow any destabilization of the country,” he said, per the AP.