O’Brien’s comments, made Monday during a virtual appearance at Qatar’s Global Security Forum, mark the first time a high-ranking administration official has recognized Biden’s victory in the 2020 presidential election.

“If the Biden-Harris ticket is determined to be the winner — obviously things look that way now — we’ll have a very professional transition from the National Security Council,” he stated. “There’s no question about it.” 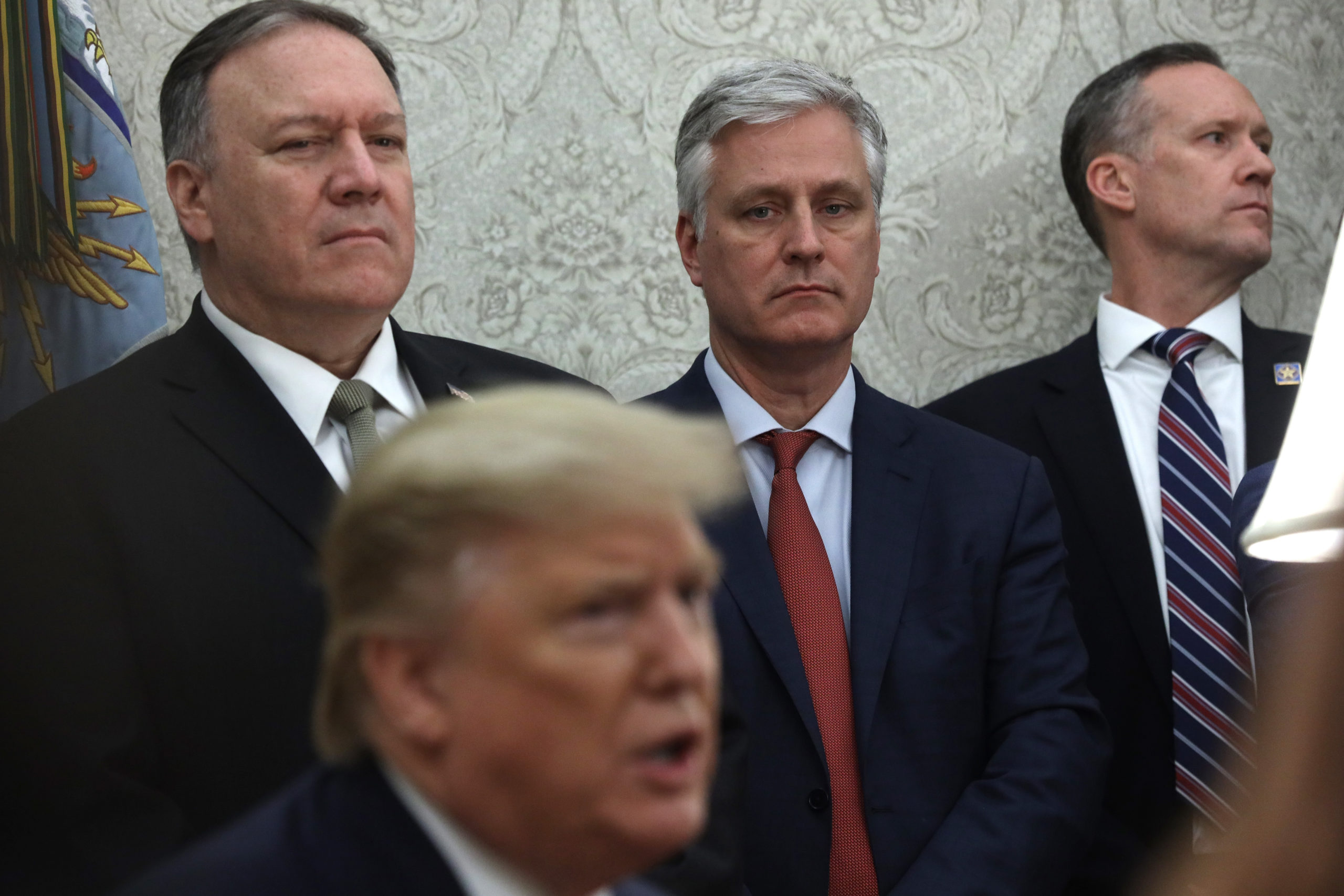 “They’re going to have very professional folks coming in to take these positions,” O’Brien added. “We’ve passed the baton and had peaceful, successful transitions even in the most contentious periods.”

The NSA’s statement contrasts with comments Secretary of State Mike Pompeo made last Wednesday. (RELATED: Twitter Starts The Week By Repeatedly Dinging Trump’s Claims, Including 2 Tweets Where He Said He ‘Won The Election’)

Answering a question about whether or not he was working with Biden’s transition team, Pompeo said “there will be a smooth transition to a second Trump administration.”

“I’m the Secretary of State,” he continued. “I’m getting calls from all across the world. These people are watching our election. They understand that we have a legal process. They understand that this takes time. It took us 37 plus days in an election back in 2000, conducted a successful transition then. I am very confident that we will, and we must, count every legal vote.”

.@SecPompeo: “There will be a smooth transition to a second Trump administration.”

The president himself tweeted on Sunday that Biden had “won” the election but later clarified that the statement was not to be taken as a concession.

He won because the Election was Rigged. NO VOTE WATCHERS OR OBSERVERS allowed, vote tabulated by a Radical Left privately owned company, Dominion, with a bad reputation & bum equipment that couldn’t even qualify for Texas (which I won by a lot!), the Fake & Silent Media, & more! https://t.co/Exb3C1mAPg

He only won in the eyes of the FAKE NEWS MEDIA. I concede NOTHING! We have a long way to go. This was a RIGGED ELECTION!

Trump tweeted twice on Monday that he had “won the election,” and Twitter marked both messages with “disputed” labels.

I WON THE ELECTION!

I won the Election!