The Michigan Restaurant & Lodging Association sued the Michigan Department of Health and Human Services Tuesday after Democratic Michigan Gov. Gretchen Whitmer announced the state will be headed into a lockdown that bans indoor dining.

The group said it made “several good-faith efforts” to reach some sort of agreement with the state department of health before the policy was announced Sunday night, according to the Associated Press (AP).

“We want to be clear that we made several good faith efforts in advance of the public release of the Order issued November 15 to reach a compromise with the MDHHS that would have supported the goal of minimizing the risk while still allowing for the continued operation of dining rooms,” Justin Winslow, the association’s president said, according to WXYZ.

“We are hopeful for a swift and decisive victory in court so restaurant operators may return to what we know they do best – adding value to our lives and our economy by providing a great meal and exceptional hospitality in a safe, socially distanced, sanitized and regulated environment,” he continued. 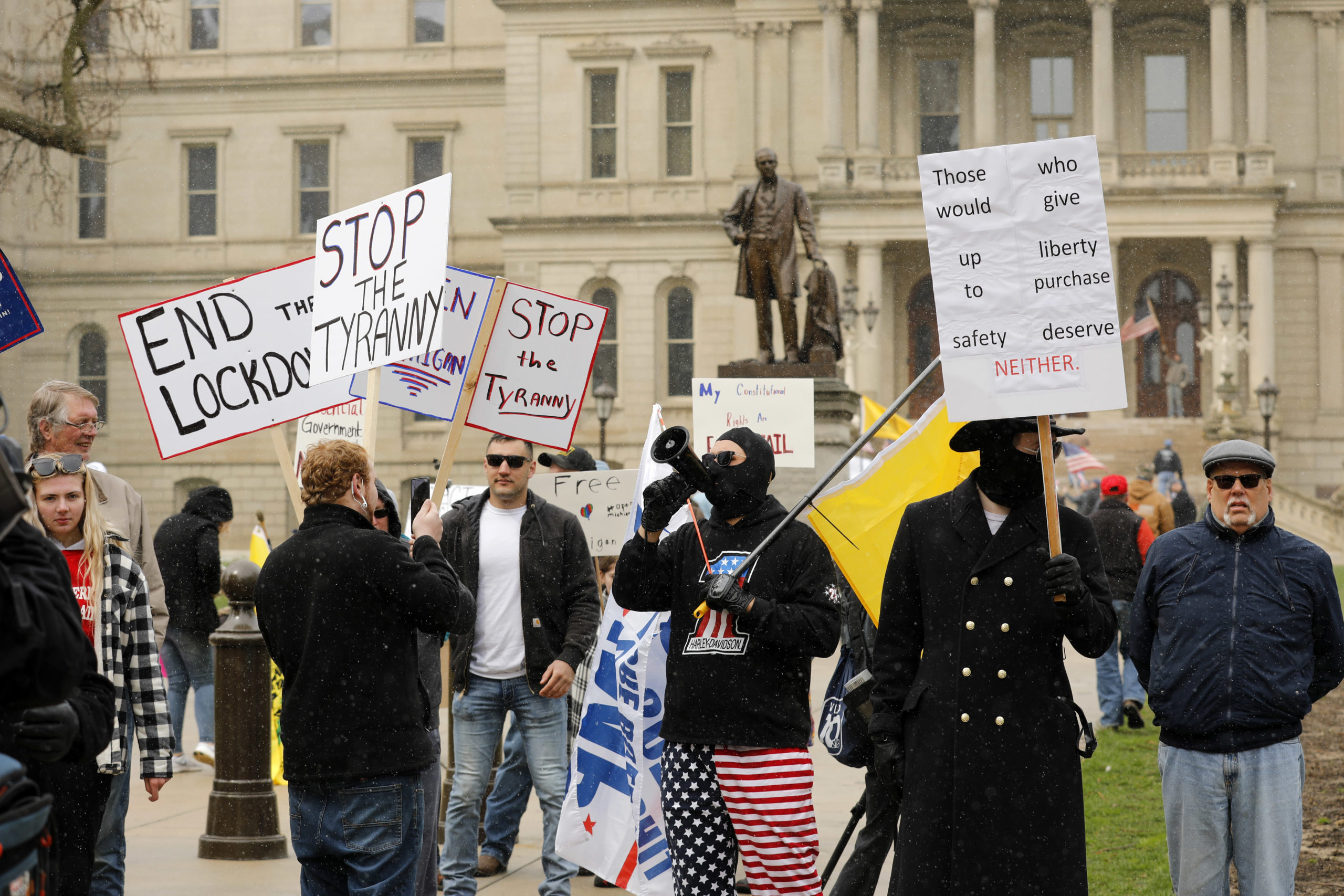 A protest organized by “Michiganders Against Excessive Quarantine” gathers around the Michigan State Capitol in Lansing, Michigan on April 15, 2020. (Photo by JEFF KOWALSKY/AFP via Getty Images)

The lawsuit asks a federal judge to grant an injunction allowing indoor dining and declare the health department’s order unconstitutional, per the AP. The suit claims the order violates the Constitution’s commerce clause and due process rights.

Winslow said without indoor dining, there would be “outright devastation” for restaurants and their employees. (RELATED: Dr. Scott Atlas Tells Citizens To ‘Rise Up’ In Face Of Further Lockdowns In Michigan)

“We have taken this action only after careful deliberation and as the last available option to prevent the outright devastation of restaurant operators and their hundreds of thousands of employees across the state,” Winslow said, according to WXYZ.

Other plaintiffs in the suit are Suburban Inns of Hudsonville, which owns hotels and restaurants, and Heirloom, a Detroit-area restaurant group.

The new restrictions, which are slated to last three-weeks, bans indoor dining, forces some schools to close and requires people to work from home. Salons and barbershops can remain open, while students in 8th grade and lower can attend in-person classes.