Before Pelosi was re-elected as Speaker in 2018, House Democrats and Pelosi agreed to term limits for the top three Democratic leaders in the House, which Pelosi agreed would stop her from another run at Speaker in 2022, Roll Call reported. As House Democrats have retained their majority in the House, Pelosi has already asked her Democratic colleagues to support her as Speaker for another term.

“This proposal, which was developed by Members who care about the institution of the House of Representatives, would provide that Members in senior leadership positions can serve 3 terms with an additional term with two-thirds support of the Caucus,” Pelosi said in a statement in 2018, agreeing to her last term as Speaker. “It would include the two terms of the Democratic Majority from 2007 to 2011.”

Democratic Colorado Rep. Ed Perlmutter, who was reportedly the leader of a group of Democrats who asked Pelosi to agree to the term-limit, said in 2019 that they are no longer asking for the party to make the rules official, Roll Call reported. “We’re just letting it sit right now,” he said.

The Daily Caller contacted Perlmutter’s office, asking if he believes the term limit should be implemented or if Pelosi should be able to run for Speaker again in 2022, to which they did not immediately respond. 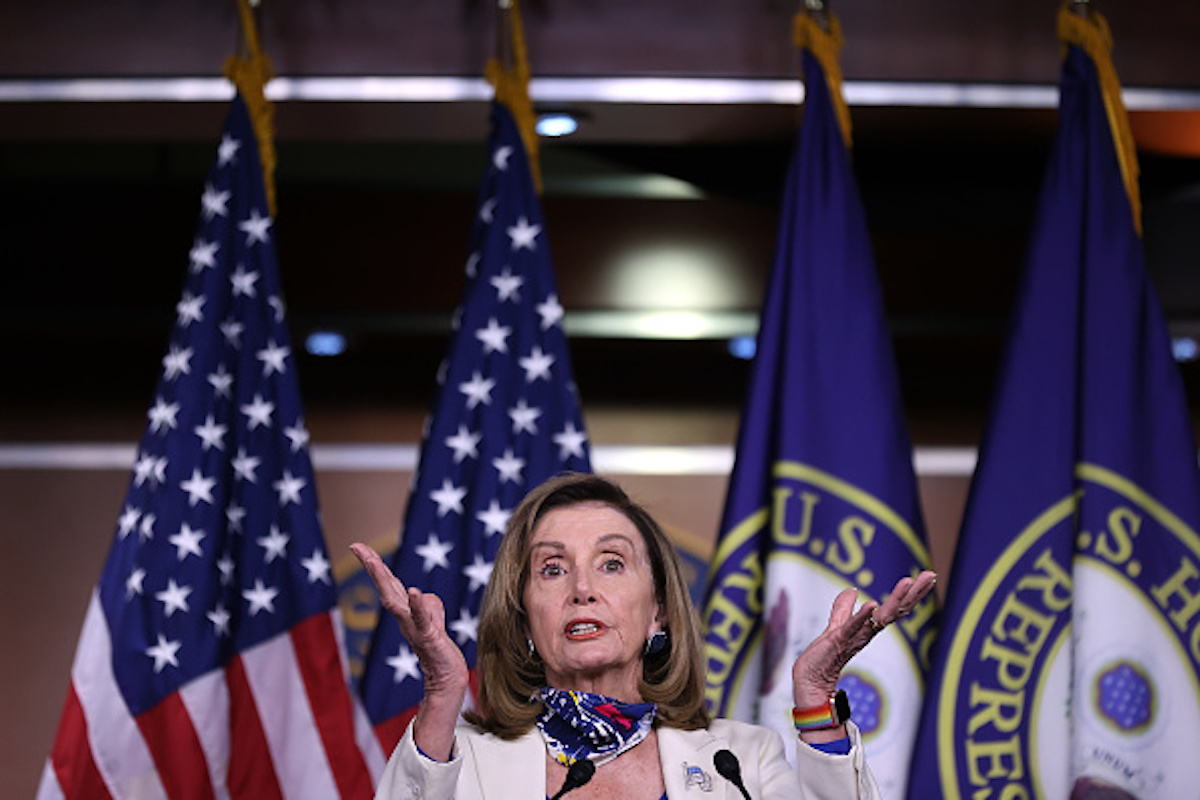 Pelosi officially launched her bid on Nov. 6 to keep her leadership position in the next Congress. In a letter to her Democratic colleagues, Pelosi congratulated House Democrats on maintaining a majority in the House and then asked for their support to have her continue to lead the party as Speaker. Pelosi said she looks forward to working with 2020 president-elect Joe Biden. (RELATED: Pelosi Officially Launches Bid For Speaker In Next Congress)

The Daily Caller contacted Pelosi’s office about her run for Speaker, asking if she will run unopposed or if there were any members who will vote against Pelosi’s bid, to which they did not immediately respond.

New York Democratic Rep. Hakeem Jeffries is reportedly a leading contender to succeed Pelosi, to which the Daily Caller contacted his office about and received no response.

Jeffries’ office was asked by the Caller if he is actually considering a run for Speaker of the House and if he will he vote for Pelosi as Speaker if he does not run, to which they did not respond. (RELATED: ‘Brand Has Been Weak For A While’ — Democratic Rep. Elissa Slotkin Admits There Is ‘Problem’ With Party’s Message)