In a 5-2 decision, the court rejected the campaign’s claim that in Philadelphia Republican election observers weren’t able to get close to the vote counting tables to ensure that election workers were correctly tabulating the votes, according to NBC News.

Attorney Jeremy Mercer testified that while he was in the counting room and could see what was going on, he was not able to see the declarations on the ballot envelopes, according to the ruling. 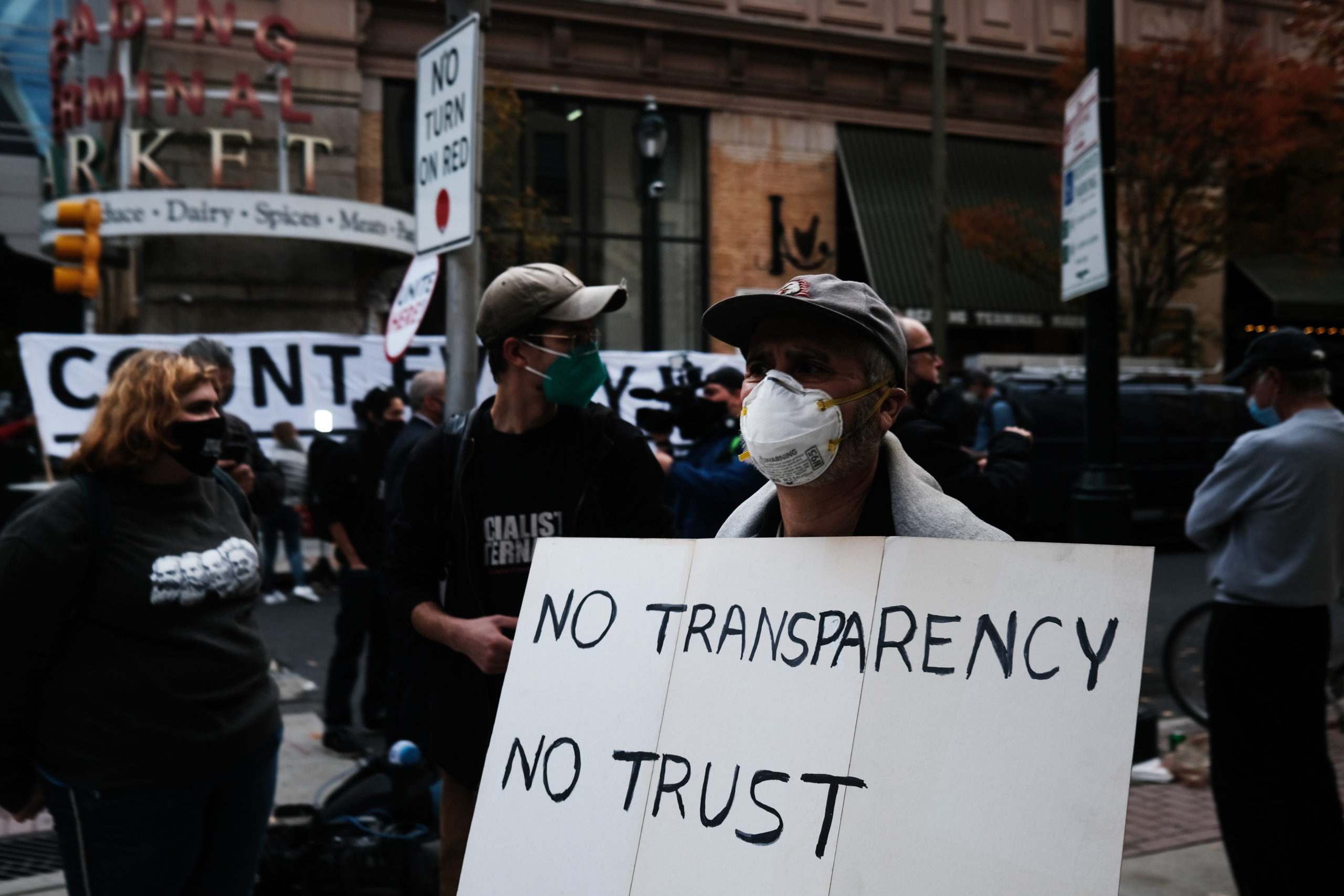 PHILADELPHIA, PENNSYLVANIA – NOVEMBER 06: Protesters, police, members of the media and others converge outside of the Philadelphia Convention Center as the counting of ballots continues in the state on November 06, 2020 in Philadelphia, Pennsylvania. Joe Biden took the lead in the vote count on Friday morning from President Trump, bringing him one step closer to winning the election. (Photo by Spencer Platt/Getty Images)

Pennsylvania Supreme Court Justice Debra Todd, who authored the 20-page opinion, said that Pennsylvania Judge Christine Fizzano Cannon wrongly ruled that election observers were kept too far from the vote-counting process. Cannon, a Republican, said poll watchers could be within 6 feet of ballot counters rather than just anywhere in the room. (RELATED: Here’s What’s Actually In Trump’s Pennsylvania Lawsuits)

However, Todd said that state law did not designate where Mercer or any other observer could be, and that state law only requires observers must be allowed in the room but does not set a minimum distance between observers and counting tables.

The ruling said the county election board gets to make these types of decisions, and in the case of Philadelphia, the local board “fashioned these rules based on its careful consideration of how it could best protect the security and privacy of voters’ ballots, as well as safeguard its employees and others who would be present during a pandemic.”

President-elect Joe Biden won the state by at least 74,000 votes, according to NBC.