Trump reportedly asked his aides about Iran’s nuclear program after international inspectors discovered a marked increase in the nation’s nuclear stockpile, according to NYT. The inspectors reportedly say the country currently possesses 5,385 pounds of low-enriched uranium which, once further enriched over the course of several months, would be enough to create two nuclear weapons. It is unclear whether Trump was truly interested in attacking Iran or merely taking stock of his administration’s options.

Trump has argued since the earliest days of his administration that former President Barack Obama’s Iran nuclear deal was ineffective in preventing the country from obtaining nuclear weapons. His administration stopped honoring the terms of the deal and reinstated sanctions on Iran in August. The Iranian government responded by no longer publicly honoring the deal’s limits on its uranium fuel supply. (RELATED: Iran Paid Taliban Fighters To Attack US Assets In Afghanistan, Leading To Trump Ordering Killing Of Soleimani) 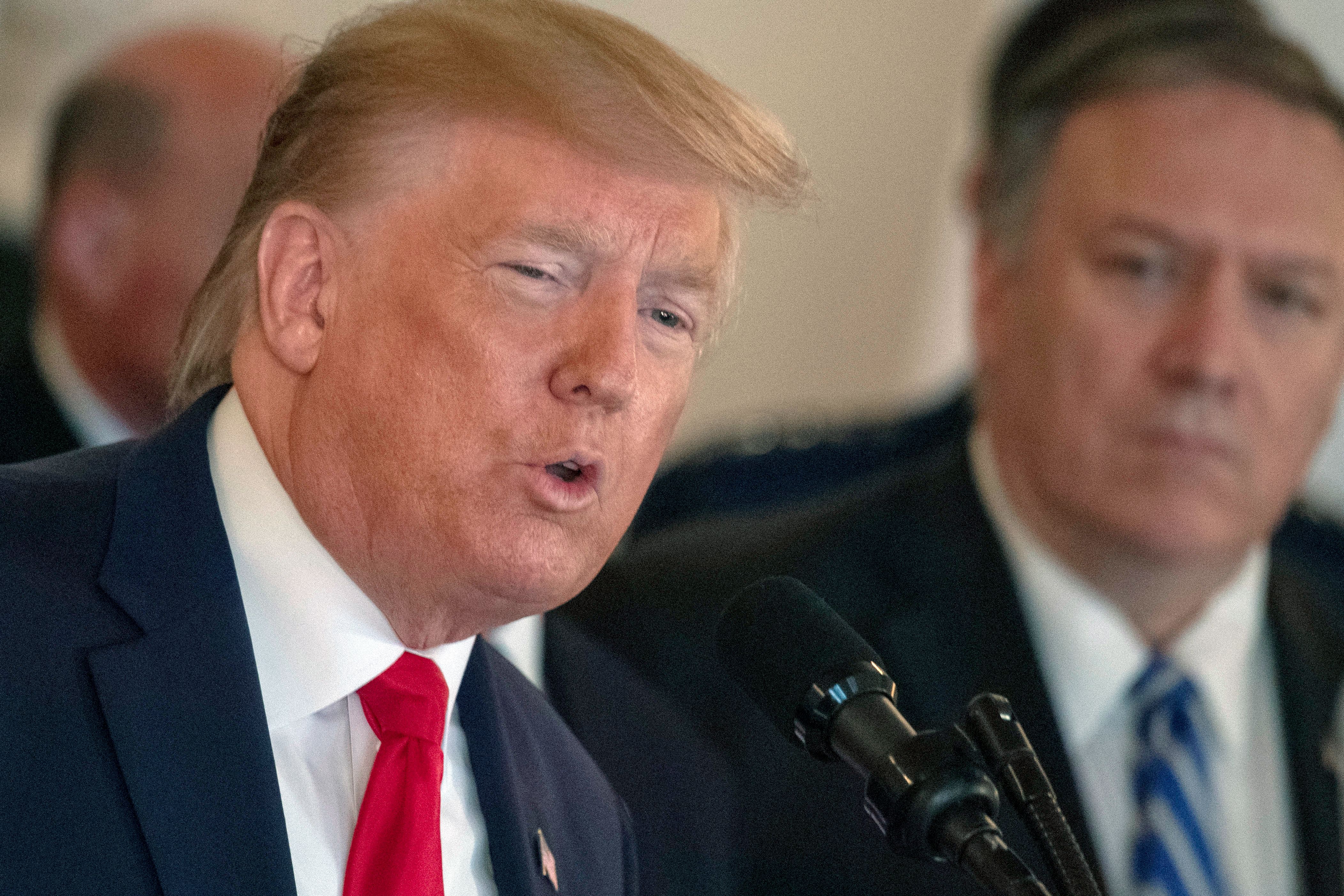 US Secretary of State Mike Pompeo (R) listens as US President Donald Trump speaks about the situation with Iran in the Grand Foyer of the White House in Washington, DC, Jan. 8, 2020. (ERIC BARADAT/AFP via Getty Images)

Trump has imposed increasingly severe sanctions against Iran since 2019 but has not taken military action since the killing of General Qasim Soleimani in the early weeks of 2020.

The reported meeting came the same week that White House chief of staff Mark Meadows held a phone call with other senior Trump aides to discuss what the administration could accomplish in the lame-duck period before President-elect Joe Biden takes office.

While the call assumed the failure of the Trump campaign’s various legal challenges to the result of the elections in Michigan, Pennsylvania and elsewhere, it indicated the administration plans to actively use the nine weeks before Inauguration Day. The call reportedly concluded with a directive to find 15 areas where the administration could take meaningful action, but the topics reportedly pertained mostly to immigration, school choice and China policy.