“Watch this video from September,” Carlson instructed viewers on “Tucker Carlson Tonight.” “ You may not have seen it, it wasn’t played much in this country. This is the prime minister of Canada, Justin Trudeau, speaking to the United Nations.”

“This pandemic has provided an opportunity for a reset. So this is our chance to accelerate our prepandemic efforts to reimagine economic systems that actually address global challenges like extreme poverty, inequality, and climate change,” Trudeau can be seen saying in a video recording. (RELATED: With Canada Day Celebrations Cancelled, Thousands Blanket Ottawa Streets To Protest Trudeau Government ‘Corruption’)

Carlson noted that when Trudeau talked about the pandemic providing “our chance” it was “not our chance to save you from a virus with a 99% survival rate … This is our chance to impose totally unprecedented social controls on the population in order to bypass democracy and change everything to conform with their weird academic theories that have never been tested in the real world and by the way don’t actually make sense. This is their chance.”

Carlson reiterated that Trudeau was using the pandemic as “an opportunity for a reset … Keep in mind, that’s not from QAnon, that is a head of state talking. And he’s not alone.”

Although Trudeau’s wife, Sophie Gregoire Trudeau, contracted the coronavirus, Trudeau did not —  but self-quarantined. Early in the pandemic, the prime minister provided China with 17 tons of personal protective equipment — only to see Canadian health care workers suffer a shortage of those resources.

“No one, up until last February, would ever have thought that in all of our cities, citizens would be arrested simply for wanting to walk down the street, to breathe, to want to keep their business is open, to want to go to church on Sunday,” the clergyman wrote, according to Carlson, adding that “the fundamental rights of citizens and believers are being denied in the name of a health emergency … ” 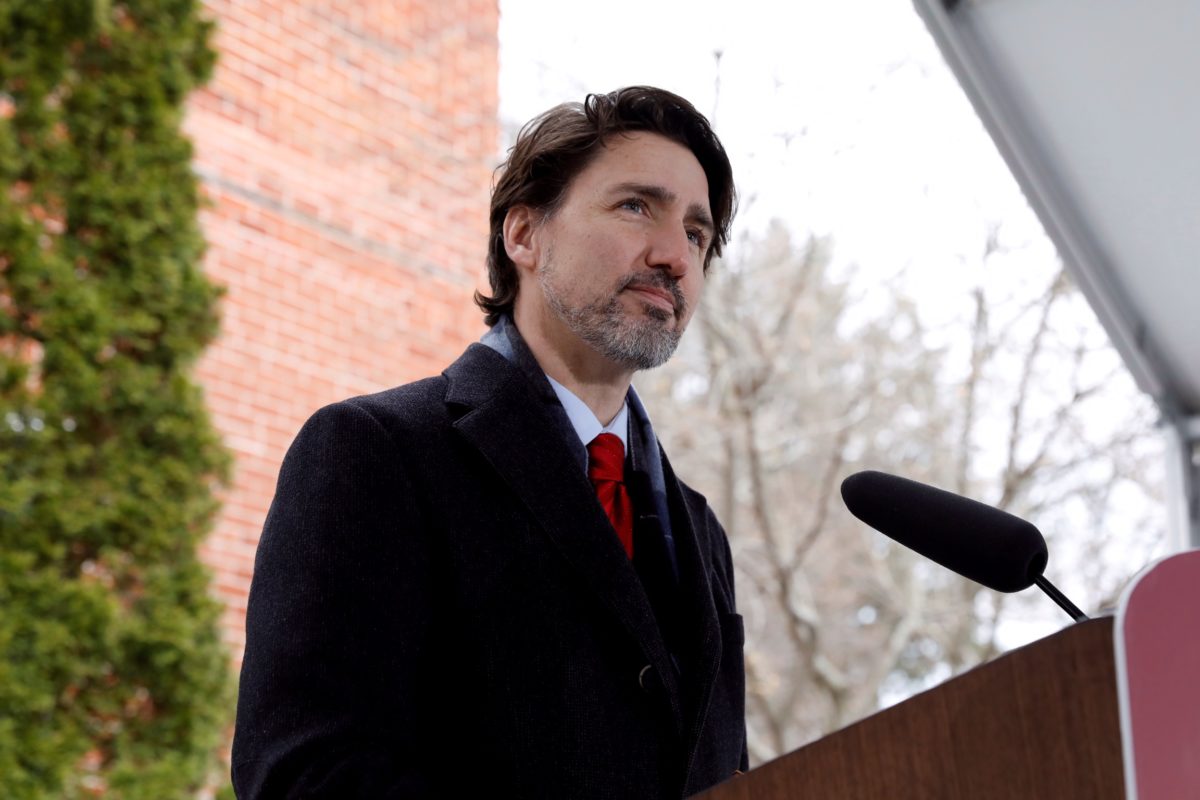 Carlson claimed that Vigano’s letter was buried and discredited by much of the national media who suggested that it was “crazy talk” and “a conspiracy theory” to allege that “a global health emergency was being used by the people in power for ends that had nothing to do with the virus itself.” (RELATED: Video Shows Security Forcibly Removing Reporter From Trudeau News Conference)

“Better pull it off the internet right away. Censor those ideas before they infect the whole country. That’s the media position on that. The only problem is that what Vigano wrote is actually true. It’s not a conspiracy theory; it is factually accurate.”

Many state governors have implemented lockdowns during the pandemic. Democratic Michigan Gov. Gretchen Whitmer has said she is “never going to apologize” for the strict measures in her state because she says they saved people’s lives.